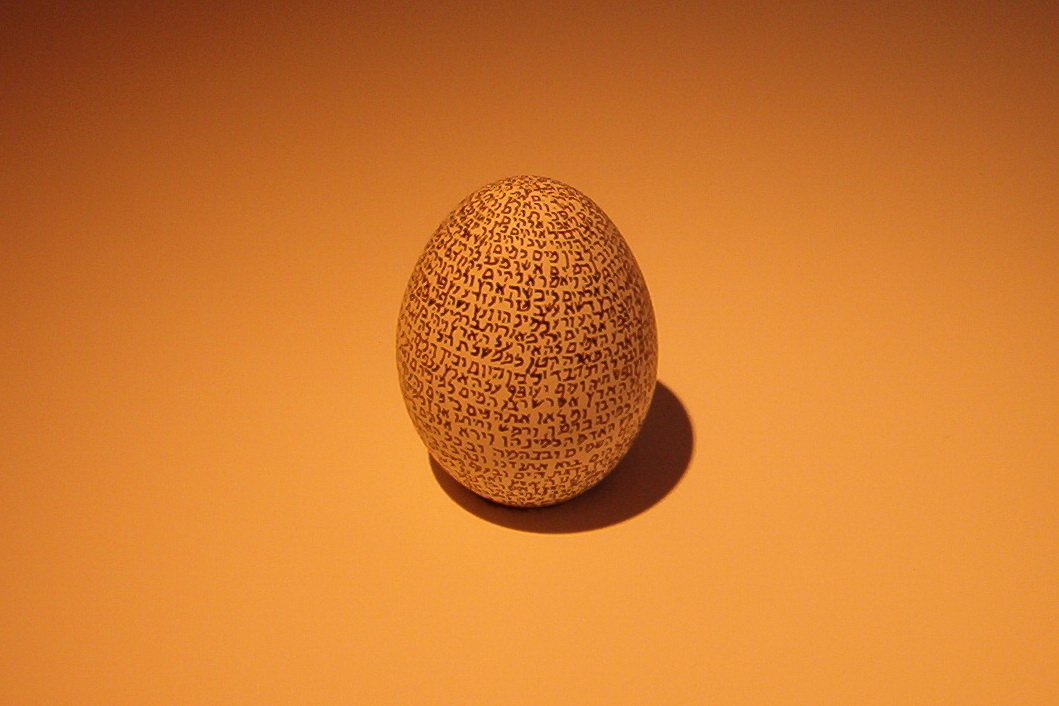 What Was G0d Thinking When (S)He Made Me?

When I published an article recently about leaving behind the label of “Jewish Artist”, I got many concerned notes and comments over whether I lost my faith. Let me clarify, by identifying solely as an artist above all other labels, I was affirming my faith. The majority of my creative friends understood this. But perhaps some need it spelled out for them.

What was G0d thinking when (S)He made me?

Could it be so different from what I think when I, as a creative person, craft my own little worlds?

Usually the inception is the most fun, and the finishing stages the most exhilarating. But the in-between is often quite tumultuous. It is painful to give birth. But the things that come before and after that can be quite fun. Ultimately, we do it for the end result, a thrilling experience that will reflect our selves.

Philosophers and the religious alike like to argue over whether the world was created and left to proceed on its own or with the continuous hand of a deity. On that note Alfred Hitchcock was famous for being bored by the actual production process of his films; in his mind the movie was already done once he had storyboarded it. Everything else was just a formality.

But there’s an old saying that a film is written thrice. Once in the script stage, again when filmed, and then finally when edited. So many masters of cinema only found the heart of their narrative in the shaping process that came later.

I believe in the latter theory, because I believe in people having the ability to contribute to the universal creation over time. This can be good and bad, but we are involved in moving the inspiration clock forward one tick. And this is why I take great inspiration from the creative process laid out in the Torah.

So much can go wrong along the way, so we need a plan.

There is no one way to create, but there is a pattern that most creative endeavors follow:
1. Organize your ideas.
2. Plan how to carry them out.
3. Select the materials.
4. Arrange the parts.
5. Apply the elements.
6. Make it cohesive.

The six part process laid out in the Torah mirrors this well (or vice versa). Six days that spiral dimensionally outward from a core. Time isn’t linear; it’s more like a slinky. Holidays come around in a circular pattern, on a chart of days. But where you are on those days in different years you can move up or down and around and connect at different points compared to that same day years apart. There are vertical, horizontal and diagonal axes to move on.

Instead of thinking of a charted calendar, think dimensionally. Work general to specific.

The Torah itself is a dimensional spiral. It begins to unpack from the first letter, then first word, then sentence, paragraph, column, and page. The Torah begins with בְּרֵאשִׁית (Beresheit), a six letter word often translated as “In the beginning” or “At the outset” but literally meaning a variance of “In the head”.

Unpacking the word in the same way laid out above, we have the letter בְּ (Bet), meaning, “in”. It is within, yet to emerge. Then we extend to בְּרֵ, (Bar), like Bar-Mitzvah. It means “Disciple” or an extension downward from the root above. בְּרֵא (Bara) is create, but not on the same level as the term “Yetzirah”, this is more like a potential being formed than the thing itself. בְּרֵאשִׁ (B’Rosh) literally means in the head, but we will come to see how it differentiates from the full word. בְּרֵאשִׁי (Bareishi) Implies the seed of the whole six part process of creation has been laid out from beginning to end, by so quickly inferring Bar-Ish, the extension that leads to “Ish”, Man. And the full בְּרֵאשִׁית (Beresheit) makes it feminine (all Hebrew words are gendered), Bar-Aishet, the six part creation process actually ends with the woman (wife).

There is a joke to be found in the fact that the last two letters, which imply humanity, also make the term grammatically possessive.

In the spiral of this word, בְּרֵאשִׁית we can also unpack בְּרֵ (Bar)- א (Alef)- שִׁי (Shi)- ת (Tav). The downward movement from above that created the entire alphabet and therefore, words, and therefore, speech that enabled creation. The extension from the first letter Alef, to the last letter, Tav, by way of reversing “Shi” to “Yesh”, meaning “It is” (a term used in kabbalistic texts to discuss what somethingness vs. nothingness).

What people often misunderstand and mistranslate is that these unfurling instances extend significantly to the first three words of the Torah. By the third word, we are introduced to the creation of the concept of G0d by The Unnamed Deity. אֱלֹהִים בָּרָא בְּרֵאשִׁית (Beresheit Bara Elokim) – “At the outset, a (limited) creation (called) “G0d” (came into being).” It is through this filtration that The Infinite One is made finite, and births the rest of creation, in the two, three and four dimensions we can later understand from our perspective.

When crafting visual art, you use line, shape, form, color, value, texture, and space. A line is almost less than two dimensional, but put enough of them together and you start to craft a shape. Form is when the shape leaps off the page. It’s the difference between a circle and a sphere. Add in color, and now your sphere has a cartoonish quality. We refer to it that way because comics traditionally had flat color. Value gives the color its shape, by adding lights and darks to the evolved “skin” of the thing. Texture brings that skin to the next level, making a tactile leap that gives dimension to the dimensional. Once you are dimensionally cubed, you can occupy space.

This is the evolution of visual art.

And it is the story of creation, in slightly different terms.

All of these six part plans — artistic order of operations, Torah, et. al, are incomplete without their all-important seventh stage. The Torah is transcended by the seventh, the Shabbat. What scholars sometimes fail to grasp is that G0d didn’t rest. Creation as laid out in six days continued, by the hand of creation itself. Rather, G0d created the concept of stepping back to analyze. This is the creation higher than Man, because everything that came before is building up to the next stage. Up until then everything was expanding exponentially, and then the critique is introduced to give perspective. One could argue this was the first joint construction.

This is truly why we refrain from creative actions on the Sabbath, beneath the laws and customs. Just as Hebrew letters are complete in the Torah when they are given their little crown ornaments, so too this is completion.

Reflection brings about new insights. It separates us from the process and opens our minds in ways that can inevitably lead to the next creative cycle.
It allows us to shut the door on one aspect of life and climb through the mail slot of another.

I may reject the label of “Jewish Artist”, but I can only escape it in the sense that I was created in major part “B’Tzelem Elokim”, the image of a compression of The Infinite One, who we cannot label Jewish or any other specific religion. G0d is beyond that, though we like to believe It obviously has an investment in religion. Just as I do, mimicking the creator in my small way.

We cycle around the slinky, up or down the ring. Vertically we are on a different plane. Horizontally we are back where we were the same day the week, month or year before.

For those interested in delving deeper into philosophy and art, check out this very interesting analysis by NerdWriter of Rene Magritte’s “The Treachery of Images”, one of the best pieces by my favorite painter.

And though it is not a spiral, I suggest you check out the Misaviv: Hebrew Circle Calendar, an artistic approach to the Jewish cycle of time.

Featured Image: The first chapter of Bereshit (Genesis) written on an egg. From the Israel Museum’s collection.