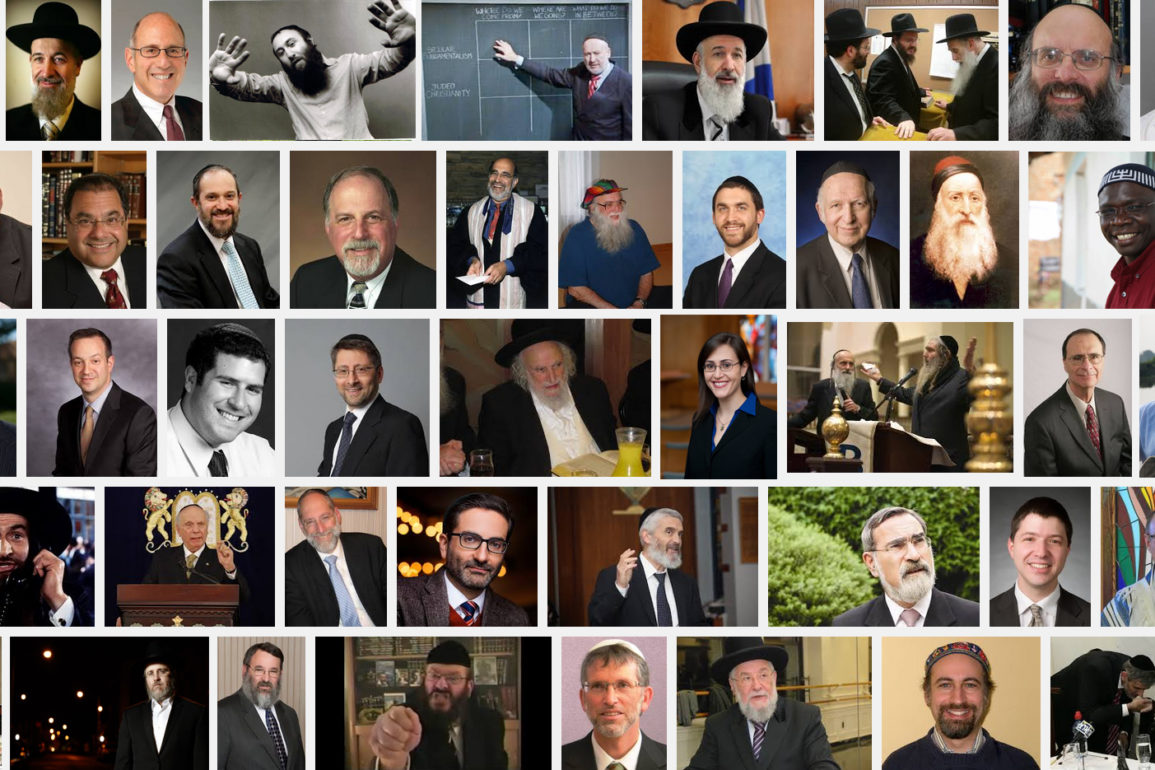 What I Want From A Rabbi

It’s hard for me to feel comfortable around rabbis.

They represent so much power. They have dedicated their lives to being a conduit for The Torah, and by proxy, G0d itself.

There are the ones who inspire us, change the way we live for the better, and raise the bar for humanity. At best, their great insights last for generations.

And yet, they are humans with flaws. They get things wrong and mishandle situations and make decisions that may not always be the best. Let’s not even address the ones who willingly take advantage of their power.

Or worst of all, sometimes they answer the question not the person.

I’ve known a fair share of rabbis in my day, from all stripes and denominations. It’s definitely a mixed bag.

My first memorably good experience with a rabbi was Rabbi Kenneth Greene at Shaare Zedek in St. Louis, MO. I was a preschooler, and would go to Sunday school at his Conservative congregation. I remember being in his office with my mother, and he would give me an individually wrapped Sunkist fruit gems candy each week.

Candy is certainly a good way for a rabbi to endear themselves to a child.

But adults need more than something sweet and temporary. Yet some people go too far in the opposite direction.

When I tried and failed at going to Yeshiva in 9th grade, I was introduced to a weekly “Mussar seder”. It meant that on Thursday nights, the entire school had to stay past dinnertime to attend a mandatory lecture from a rabbi on self improvement.

Here was some guy who thinks that speaking to an entire room of people with criticisms will get through to any of them.

You can’t expect someone to meaningfully adapt their actions or thoughts unless a personal connection is made and the recommendations are tailored for each individual. “Change comes from within,” as the vending machine would say.

The second time I tried out the idea of Yeshiva in Israel between high school and college, I had some rabbis who I felt got me pretty well. This wasn’t the strict right-wing Yeshiva of 9th grade, it was an environment specifically tailored for those without Orthodox backgrounds who wanted to learn more. The problem was I wasn’t rising to their expectations for me.

The idea of a “Baal Teshuva”, one who comes from a less religious place to claim deep-rooted religion for themselves later on, is great and is praised heavily in texts new and old. The problem is, as is often discussed on this site, when you strip yourself of your old life for the sake of a new one, you are losing yourself.

The rabbis at my Israeli Baal Teshuva Yeshiva had great backstories; one was a comedian with a sitcom deal before becoming a rabbi. One engineered Bohemian Rhapsody and was in the original West End production of Hair. The problem was, it felt like they told their stories to show how we could leave behind whoever we were before. The past lives, which were the draw, weren’t who they were anymore.

I have, and continue to try and reconcile my feelings about religion with who I am as a person: A troubled, artistic, rebellious man. I believe strongly in the gray areas between black and white.

Ridiculous as it sounds, I’m not interested in giving either side up.

That can be hard for rabbis to understand.

One of the worst things a rabbi has ever said to me was the day before I left that Yeshiva in Israel. It was sort of my exit interview, and a rabbi asked me if I had gotten anything at all out of my time there. What an appalling thought. It took years for me to forgive that question.

The following year at art college, I wore a kippah on my head while illustrating nude models. I doubt that’s the religious observance that rabbi wanted from me, but I didn’t see a problem with fulfilling essentials from both lifestyles simultaneously.

These days, I often go to the movies with my old college rabbi.

I’m a film fanatic, and so if you want to be able to engage with me, it helps to be able to debate David Fincher as well as King David.

It’s not about the movies though, as much as what it represents.

There is a mutual appreciation and closeness that shines through. A level of closeness that is exemplified in never shaking hands with your rabbi because every time you greet each other you are hugging.

We all have our multitude of faces we show the world, and those we hide. The better someone knows you, the more they can help you.

One of my most embarrassing memories with this rabbi was a time that I downplayed his professional abilities, so I’m going to publicly ask forgiveness for this old story. When I met him he was a junior rabbi at a congregation as well as my campus rabbi, and I had a religious question that I assumed was beyond him. So I blurted out that maybe I should ask his boss, the senior rabbi, about it. I could tell he was offended by the way I said it and I quickly realized my mistake. I placed him too far into the friend category, and in the process, belittled his religious stature.

The balance between rabbi as friend and putting a scholar on a pedestal is a tough one for me. It usually goes to extremes. The friend rabbis are people I can talk to about personal things, but they dont always blow my socks off with deep insights. On the other hand, when I meet someone who I respect greatly, I have a hard time speaking up. Who am I to bother this brilliant person with my little thoughts?

These days I have the opportunity to spend a lot of time with a rabbi I admire greatly, author and kabbalist Rav DovBer Pinson. He is the complete opposite of someone I can BS pop culture with, but I’m drawn to the way he maintains an intimate community around himself that supports his own path while inspiring many. We don’t have a lot in common on paper, but I love his outside the box approach while being respectful to that box.

My read of him that draws me in is that at our core, we are both people who hold a lot in our hearts and think more than speak. So when it is just the two of us there often isn’t a wellspring of conversation, despite whatever kindness and appreciation is there. Over years now I’ve slowly gotten over my fear to chime in with my thoughts, and more to the point just be myself around him. But I can be socially awkward and I’m always second guessing what I tell him, as if it’s never important enough.

Except one time recently, when we surprised each other.

Two weeks ago on Shabbat Beresheit when we rebooted reading the Torah again starting with the Creation method, I was at home alone with my wife making Kiddush (sacramental prayer over wine) on Friday night and my thoughts started to wander. I realized that the words I was saying in the prayer were direct quotes from that week’s Torah portion. And in my twisted mind, that reminded me of going to a classic movie and shouting your favorite quotes at the screen along with the actors. It was like the Rocky Horror Picture Show.

I told my wife that I had a Rocky Horror Kavanah (meditation) during Kiddush, and she totally got it.

The next day she encouraged me to tell Rabbi Pinson.

I was feeling particularly chatty that day since Beresheit is a favorite of mine as an endless puzzle of a narrative to unpack. So I began to tell the story, and as I got to the punch line, Rabbi Pinson smiled and said “it’s like the Rocky Horror Picture Show”, finishing the anecdote for me.

The wisdom of our sages at work.