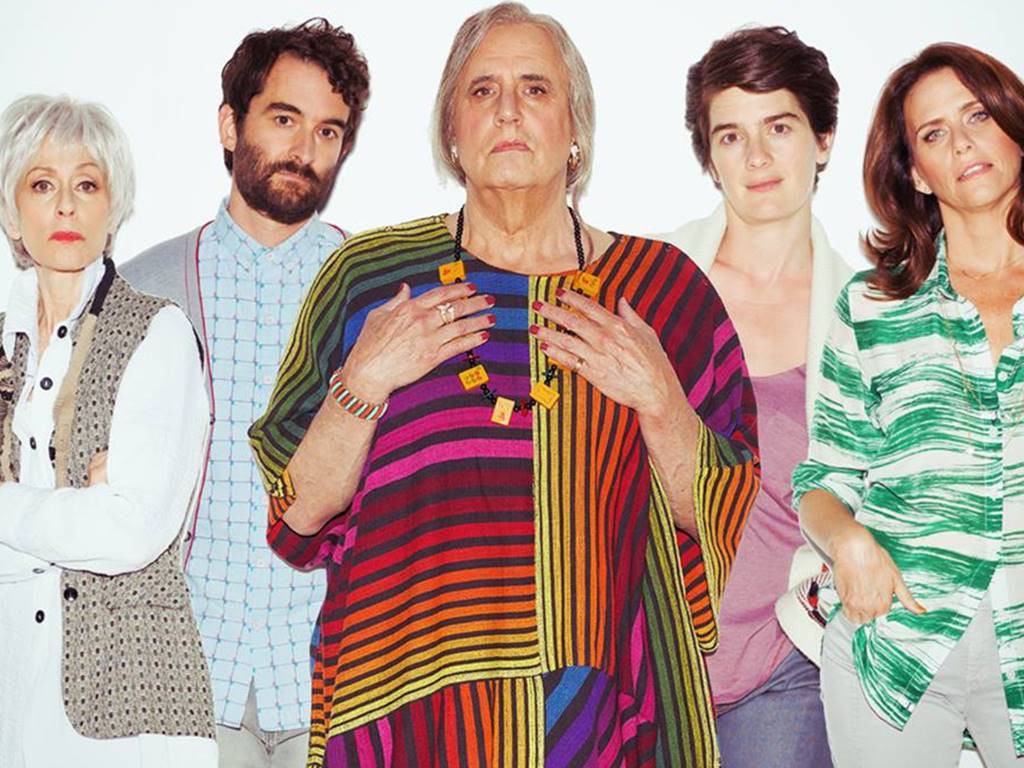 “Transparent” Is The TV Show Your Rabbi Warned You About

Sex. Drugs. Gays. Transparent has it all. And it is also the best, most authentic Jewish television of 2014. Writer/Director Jill Soloway, hot off of the Sundance-hit film Afternoon Delight where she similarly explored a woman’s frustrations with motherhood and marriage among strippers and JCC’s, is quickly becoming the strongest voice in contemporary Jewish media.

Mort Pfefferman (Jeffrey Tambor), a retired academic, has long been divorced from his wife Shelley (Judith Light), and his three kids are grown up and (mostly) independent. Finally, he has reached the point in his life when he wants to come out publicly as Trans, revealing he feels he is actually a woman and that he would prefer to be called Moira (kudos for making the title a brilliant pun of Trans-Parent). The way the show handles this delicate subject, and the way it spills over to each child- married eldest daughter Sarah (Amy Landecker), music producer son Josh (Jay Duplass), and the young aimless Ali (Gaby Hoffman) foregoes the TV trope of everyone gathered around for a major reveal and instead lets it slow burn in a natural way (and leads to the hilarious invention of the word MaPa, for a parent who is both mother and father). What this shift inadvertently does is cause each of the adult children to shift their own lives as well.

Cancelled Bat Mitzvahs, adultery, a talent show, getting high, dating the Rabbi, and sitting shiva all follow. Not to mention plenty of Yiddish-isms. Transparent manages to break down the central themes of life- sex, death, and religion- in a way that spectacularly impressed me. One of the most difficult things a creative person can do is confront their biggest fears in public, and here Soloway, whose father similarly came out as Trans, does just that. Many arguments could be made over whether it takes more strength of character to put a LGBTQ lifestyle or contemporary Judaism on screen today; they are certainly more taboo than straight nudity (which features strongly here) or violence (of which there is almost nil). I’m not interested in debating which minority struggles more, the point is merely that this show is willing to take these often mis-portrayed minorities and shine the spotlight on them both in a spectacularly refreshing way.

Soloway doesn’t shy away from real, human topics that face people, let alone the loosely affiliated Jews of today. Chiefly among them are “What is my relationship to my heritage?”, “Do I believe in G0d?” and “Will I be accepted with all my flaws?” –Yet these questions are not existential slogs here due to grounding them and always mixing in a healthy dose of humor (especially from Shelley, a frighteningly real Jewish mother). Her characters are Jews who don’t know how to be Jewish because they lack the guidance of organized religion. Whatever rebellion there was happened in generations past, and when existential crises arise, they know to turn to Judaism but have no idea what that means.

When not making films, Soloway runs East Side Jews, a Jewish Federations-funded group in Los Angeles that promotes openness and ritual equally. This Silver Lake-area community has been the basis for her last few efforts, and gives the audience an unexplored viewpoint that contrasts with Los Angeles’ often Jewish-in-blood-only stereotype. Transparent, with its ten half hour episode first season, has the breathing room to really let us get to know the characters, their histories, their flaws and their desires.

Many Orthodox Rabbis I know might be horrified by a show like this and point to it as a reason why they don’t allow television (or the internet, since Amazon released it) in their homes. But I encourage anyone who believes in truth and can sympathize with those who struggle differently than themselves to give it a chance. If you haven’t been frightened away by all the taboo or potentially immodest topics discussed above, I highly suggest you take the time to enjoy. You may find yourself binge-watching Transparent in one sitting, and ultimately fulfilling “V’ahavata L’rayecha Kamocha”- loving your neighbor like yourself.

Warning: if you read the above article you would know the video below might be considered immodest to some. But in case you didn’t, this is your official warning.