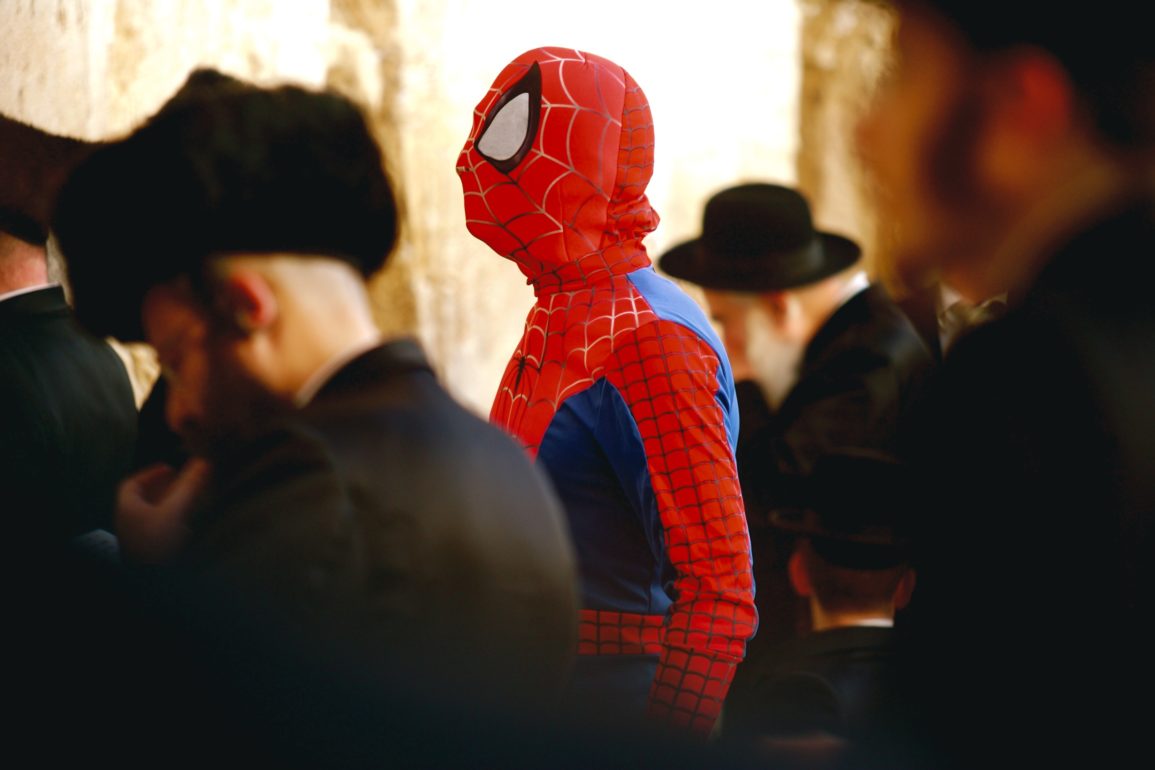 There Is No “Off The Derech”

When I entered a Yeshiva in 9th grade, suddenly a term popped up in the vernacular of Jewish people I associated with– “Off the Derech”.

I had never heard these words before and had to ask what it meant.

Apparently, the “Derech” they are referring to is the “path” of religious Judaism. And if someone veered away from this specific life, however the community decided it should be defined, they were labeled “Off the Derech” like a cow branded unkosher or a degenerate forced to identify with a yellow star or pink triangle.

Actually, it would be worse than an external marker, because if you were deemed “Off the Derech” you would be spoken about behind your back ad nauseam. Rumors would swirl, and soon fact and fiction could blend so drastically that one’s personal life could be torn asunder, further disintegrating a tenuous religious situation.

It was the old, “this kid doesn’t fit the mold so let’s kick him out of Yeshiva” approach– one that apparently expects that somehow that child will land on their feet religiously at some point despite being abandoned by that very system.

I was 14 years old, and I saw this happening to my peers. Kids too young to understand what they might want out of life down the line, being ostracized by adults who should have known better than to act like petulant bullies.

And now, in my maturity, I see the same horrible things being done to adult friends of mine, by fellow adults who were raised in a system where this malicious cruelty is not only normal, but is encouraged.

Perhaps there is a pattern here. For myself, and for those who choose their little boxes over open kindness.

After all, I’m happy to fraternize with people who have been “kicked out” of the religion by those who think they get to decide when someone is a good Jew or not. The “OTD” crowd are my best friends. I would rather spend my time with people who struggle and get angry and make tough decisions about what is right for their life and the family that surrounds them (or the lack thereof) than spend one minute in a system that would so quickly write off another human being, let alone their own brothers and sisters.

Who am I? Am I “Off the Derech”? I’m also Baal Teshuva who has been semi-religious since childhood, and simultaneously a non-conformist who never bought into the system in the first place. I don’t need your label. I don’t care what you think.

Perhaps I’m getting a little ‘That-bald-kid-from-The Matrix’, but “There is no path”.
(If you get that reference, are you “Off the Derech”?)

There is no path. The path is many paths. It is an empty field. It is an entire twelve lane highway. We are like the Angels in Jacob’s dream; some of us are moving up, some are moving down, but we are all angels in motion.

When someone moves into another lane, they are not leaving traffic, they are making it broader. Up until our greatest criticized Rabbis (Abraham Avinu, Rambam, Baal Shem Tov, so many others) took their own path we had no way to know the reaches of the road. If someone is broadening in the opposite direction, who are we to say they are not benefiting us in the long run?

That, ultimately, is not for us to know. The path is between Man and G0d, not Man and fellow Man.

The problem seems to be that so many who descend from the freethinkers dislike the broader ways to worship, but the irony is that as the stingy stay in one path they are creating traffic that stalls.

And then, as with any traffic jam, people get aggressive. They get mean and do and say things unbecoming of a religiously minded person. They ruin lives by creating canyons with their fellow man that were once tiny cracks that could have been patched up, or simply lived with.

I refuse to stand by while we treat other human beings like crap just because they have a diversion from me. I would expect the same respect from them.

So stop using this hateful term of “Off The Derech”, and just accept we are all on paths that we need to take.