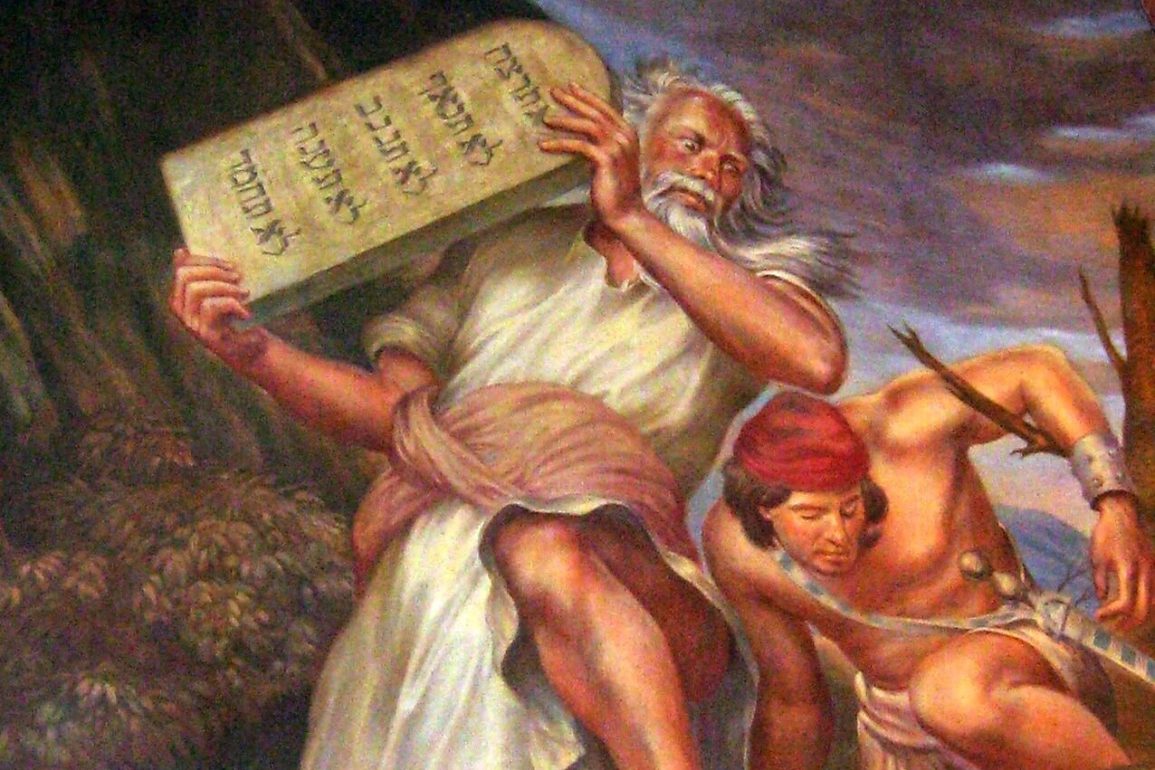 Moses Was An Introvert

There are various ways we pigeonhole others and in the process limit ourselves. I’ve come to terms certain physical facts about myself; I am a short, light skinned male with dark hair. Not much I can change there. But personality-wise, I have overcome various obstacles and tried to evolve over time. Anger, depression, social anxiety- and reflective of those and other issues, I often display the traits of an introvert.

I bottle up a lot of my feelings and have to develop a sense of trust to open up. I enjoy sitting alone with my thoughts in my own quiet space, and when I am around people it can be a trial. Engaging with others consistently is draining unless it is a select small group of close friends. Someone may not even realize how fond I am of them unless I push to make the effort. Of course, this incongruity can lead to frustration that’s too often hidden behind my eyes. So I work on it with the help of art and playing the drums (one of the most productive ways of hitting something), taking time for myself when I know it is necessary, and trying the best I can to improve my lacking people skills.

As I deal with it all I have looked to one person for guidance- the biblical Moses, who by my account also suffered from these same personality traits. Here was a person raised in confusing circumstances who could have easily kept his head down and ignored his surroundings. He probably did, throughout adolescence. But when we are first introduced to the non-baby Moses, he is killing an Egyptian slavedriver. Commentaries illuminate the verse that states “He looked this way and that and saw no man” to mean that there was no one else who was in a position to do anything about the abuse so Moses stepped in. What I extrapolate from the verse however is that Moses was looking for looking for someone to act so he didn’t have to. And when he does, it’s an extreme action that even his own people criticize him for a verse later; an act of violence borne of frustration that had bottled up over time. This would follow Moses for the rest of his life and lead to his ultimate demise.

When we follow Moses to his profession as a shepherd (a natural introvert’s job) he enters into a conversation with G0d at the burning bush that results in his own potential as a leader. “I am not a man of words, not since yesterday nor the day before, nor since you first spoke to your servant, for I am heavy of mouth and heavy of speech.” Most commentators I’ve seen remark on a potential speech impediment or physical ailment that afflicted Moses but I don’t know how many would chalk it up to the taxing feeling conversations have on introverts. Let alone ones as combative as confronting The Pharaoh or a crowd of strangers.

Through it all, Moses is pushed to excel past his limitations by G0d. I can’t presume to have ever had a real back and forth with The Deity, but I surmise it is an augmented version of the conversations we all have with ourselves when trying to sort out a feeling or push for greatness. While in the desert, Moses’ periods of seclusion on the mountain were key to his progress as a leader and the transmission of The Torah. Like any introvert, only by entering into a safe, individual space could this have happened.

His emergence and subsequent lashing out at the sin of the golden calf led to smashing the original Ten Commandments. But then, given the opportunity from G0d to wipe away the Israelites and start anew, Moses pleads for the very people he would spend the rest of his life being nagged by. This is an oft-overlooked aspect of introversion- that as much as we will avoid people we need them. Loneliness comes in bouts and most of us need those few loving people to be accessible without need for explanation.

When Moses finally does confront his fears, it is with his brother Aaron at his side. Having a trusted person to share the social burden with is essential to overcoming the pressures of an interaction. Moses’ success was reliant on his siblings throughout his life. When Moses’ sister Miriam died in the desert, the source of water dried up as well (pun!). An infamous complaint followed, and Moses was instructed to speak to the rock to release water. Instead, he hits it. Twice. The pain is palpable. As Carl Denham said at the end of King Kong, “It wasn’t the airplanes. It was beauty killed the beast.” Moses’ bottled emotion and aggressive nature, long thought passed, manifested in a way that would be his downfall. This seemingly minor moment is credited with being the reason Moses doesn’t lead the people into the promised land. Instead, he watches alone atop a mountain before perishing.

It was the loss of so much personal progress. For forty years in the desert he gave of himself time and again, struggling to make the transition to a more open person for all who needed him. He took the giving nature that dwells inside so many introverts and channeled it beautifully. Even to the extent that his glowing face, a sign of public radiance, had to be concealed behind a mask. Seemingly, he had shed the mask he was born with. Sometimes we want to put ourselves out there for people so badly but don’t know how to channel it in a healthy way, the very thing that caused the death of Aaron’s sons Nadav and Avihu.

It’s taken me a long time to gain perspective on myself, but having inspiration helps. There are things I can be courageous enough to say to this page that I would never utter in person. So if you see me standing away from the group, don’t worry. I will approach when comfortable. And if I follow Moses’ lead I will continue taking steps to be more open and unleash the leadership qualities I know are within me.

Featured image: Cropping of “Moses With The Tablets Of Law” by Edward Laning from the New York Public Library. Photo by Wally Gobetz.