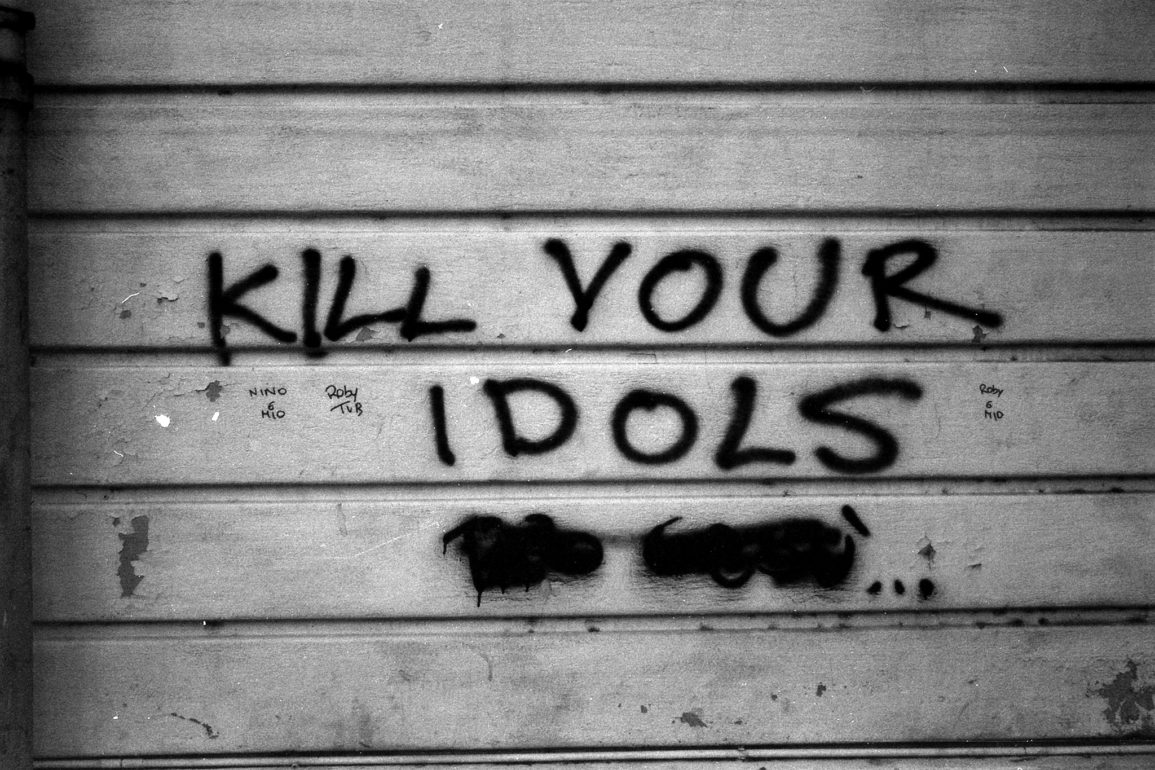 Meeting Your Idols Head On

When we idealize people, we give them power over us. They are big and we are small.

Most of us will never have the fortune of breathing the same air as our heroes, let alone experiencing something like this classic moment with Heath Ledger and Magda Szubanski.

There are those who climb over their fellow man for the chance to even glimpse the person who they’ve placed above themselves. It happens all the time with celebrities, religious figures, and politicians. The problem is that worship is subjective; so while one young girl might faint at the sight of Justin Bieber, I would be much more impressed to share a moment with someone like Spike Jonze. In the reverse, either of us may not even know what’s impressive about the person.

There is a satisfaction that comes from acknowledging our own shortcomings in comparison to those that are greater than us. At best it helps us stay humble and be inspired. At worst it twists into jealousy and the kind of self-doubt that leads to laziness.

There was an old episode of The Simpsons where Homer tried to be an inventor. He looked up to Thomas Edison and made a chart of what Edison accomplished (the lightbulb, phonograph, etc.) versus what he accomplished (a shotgun that shoots makeup onto your face, an everything’s okay alarm). Homer quickly became frustrated by how quickly Edison invented so many useful and important products. Eventually, when visiting the Edison museum, Homer discovered a chart that Edison himself had comparing his accomplishments to his hero, Leonardo DaVinci.

The choice of how we deal with our heroes is our own, because the person (real or fictional) can own their likeness and their time, but their influence is owned by their followers. Something that in itself can be a thorny subject. We can either collectively build a legacy of hope, or a twisted impression of what we selfishly think the person intended.

Television, concerts and public assemblies trick audiences into thinking great people are accessible, while subtly keeping a great distance and security. My dad taught me from a young age that a handshake and a conversation are more important than posed photos and signed memorabilia. So when possible, this is the route I have taken. The most widely respected figures are the ones who take the time to share these little moments with people, because they are meaningful. It is part of the selflessness that makes great people great.

In English we freely use the term “idol” to refer to these people. Idols are looked down upon in Judaism for many reasons, but mainly the fact that they are inanimate misattributions of power. The debacle of The Golden Calf was more about thinking that a go-between for the Israelites and G0d was necessary. If they had only realized that there is no true separation between man and the source of power, they could have had a mature relationship with that power.

Maturity is tied to feeling powerful enough to handle increasingly complicated situations. It is important to make distinctions between what we know to be the true source of our hopes and whatever else is out there. If a pop singer, lecturer or monarch empowers you to better yourself, then you are on the right path. However, if they make you experience empty fantasies and surrogate experiences, then it is time to tear down your idolatry and start anew. The power is yours.