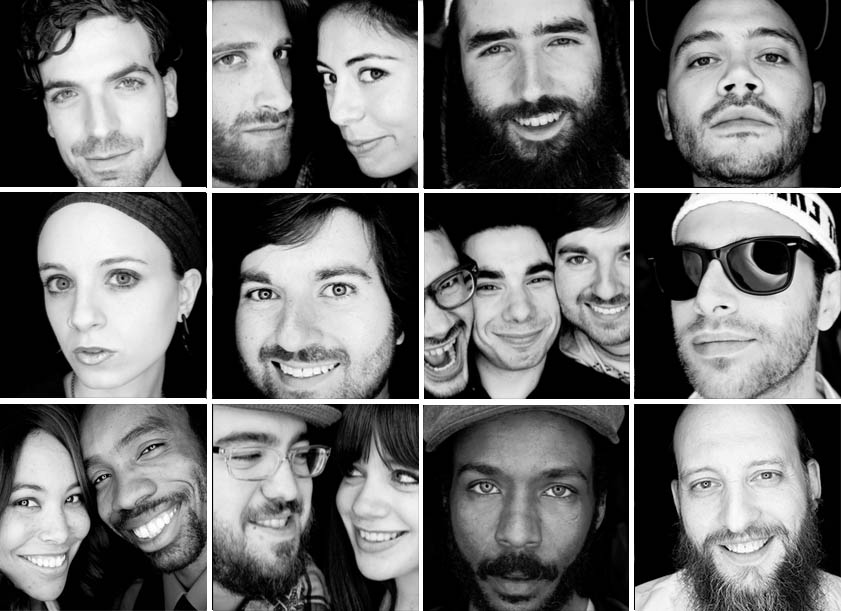 Friends, Who Needs Them?

I had a best friend named Evan when I was young who lived across the street. Afternoons, weekends, sleepovers; we did everything together that two kids who went to different schools could do. He was a dark-skinned Christian; I was a light-skinned Jew, and we both liked the same things. He had a Nintendo; I had a computer. He had a Sega Genesis; I had to go to his house a lot. We ran around and played sports and went trick-or-treating together; we kept kosher in my house so I would trade him my non-kosher candy for some of his kosher candy and we gorged ourselves. His family came to mine for Shabbat dinner and I learned what bacon smelled like from being in Evan’s kitchen most mornings.

We were pretty much inseparable until one Friday night when I was 10 years old and my best friend moved halfway across the country. I remember running down the street waving goodbye, watching the car turn around the bend and never be seen again. I cried for hours. Sobbed. There was one person in this world who knew me as I wanted to be known and nothing could fill that hole in my heart.

Back when my best friend was still around, I remember his older brother reading comic books. Not only that, but he could draw them. This was the beginning of the ‘Modern Age’ of comics in the early-90’s, and I was fascinated by his ability to reproduce a Jim Lee X-Men drawing with uncanny accuracy. I quickly decided I wanted to do that, and by second grade I decided that my life goal was to go to art school in New York City.

But from the time Evan left until college I never felt truly secure with friends. The years in between were filled with anger, loneliness, and an inability to feel close to anyone. I turned to music, art, and drugs. I went to six different schools during that time. It was pretty much a stereotypical origin story for anyone who ended up at art school.

At 16, I wrote my first screenplay. Inspired by Kevin Smith and Richard Linklater, it was a slacker comedy about four friends who live in a basement, buy pot from comic book stores, and go on dates with superheroines. The characters were based on me, Evan, and two friends I met at different high schools who I had tried to be close to. It was pretty much my ideal world, and it was hilarious (there was a scene of construction workers where the dialogue was nothing but the lyrics from the “Shaft” theme song I’m especially proud of). I realized that filmmaking was like making comic books but with a camera instead of a pencil. I also realized that it was more popular, and suddenly people at my high school took an interest in me because I was entertaining them. The people I got close to that year were Seniors while I was a Junior, and I began to come out of my shell. Though they left at the end of that year, I doubled down and spent all my free time for the next year studying classic movies.

In college I met Rabbi Simcha Weinstein, a hilarious British former film location scout who had found his way into religious Judaism by his own path. We talked about Factory Records and great movies from the 80’s and comic books we loved. We brainstormed about the Jewish origins of comic book superheroes and their creators at his Shabbat dinner table that became Rabbi Simcha’s first book, “Up, Up and Oy Vey!” Suddenly it occurred to me that I could try mixing my art with my religion.

My thesis film “The Stetson Pin” did just that, and by the time I was producing it I was dating my wife Elke Reva Sudin, a fellow artist who I met through Simcha. Elke was obsessed with Hipsters & Hassids– paralleling artist-types with the Hassidic community in Williamsburg, Brooklyn right by our college campus. This led us to Thursday Night Chulent, the freeform parties that bring together ex-Hassids, proto-Hassids, secularists, Yiddishists, artists, freaks, the rich, the poor, and Isaac Shonfeld.

Isaac encouraged Elke to do her first major exhibition, a bombastic party that reads like a Stefon sketch from Saturday Night Live. “Housed in The Workmen’s Circle building in East Midtown, over 500 people showed up for a pay-a-cover-if-you-feel-like-it convergence of Hipsters & Hassids to drink copious free booze, watch Y-Love, Nehedar and a jazz duo perform, look at 24 paintings produced in a single month that were falling off the walls, and possibly get a glimpse of special celebrity guests boxer Yuri Foreman and fashion designer Levi Okunov.”

A few months before that, Isaac had allowed me to present my first real post-graduate passion project at Chulent. It was the first time I screened work publicly since college, and the first time I did a Q&A after a film. “Jurotrip”, a 30 minute documentary that traced my trip through the Western Mediterranean exploring Jewish sites along the way, was seen that night by Evan Kleinman, a filmmaker in his own regard who along with Jesse Zook Mann had made a five minute proof-of-concept reel of Punk Jews, which featured Y-Love, Levi Okunov, and textile artist Rivka Karasik. Through Chulent I made a new best friend named Evan, and under the direction of Jesse we began collaborating on the next stage of Punk Jews, which turned out to be a five year journey that is only now winding down. Tomorrow, after 2 years of successfully screening the completed film around the world, it is going online for the world to watch for free. You might see some familiar faces- fellow Hevrians appear- Matthue Roth in a cameo and MaNishtana in a segment about Jews of Color combating racism within Judaism. Moshiach Oi!, the band David Karpel so beautifully captured in his article this week are in it as well. There are a ton of great stories in the film and as bonuses that you can watch right now at this link, from Cannibus Chassidus to The Yoga Yenta, The Sukkos Mob, Masbia the pay-what-you-want restaurant and Kal Holczler combating child abuse.

Everything grew out of this project. Suddenly there was a name for the type of person I am. Suddenly I had friends who understood me- who had been through the muck and mire and still were passionate about art and religion and community. I never felt at home in any Jewish community until Rabbi Simcha, Elke, Isaac, Evan, Jesse, Moshiach Oi!, Matthue, MaNishtana, Kal, and so many others helped me make my own.

They became my friends; they became the support system I always needed.