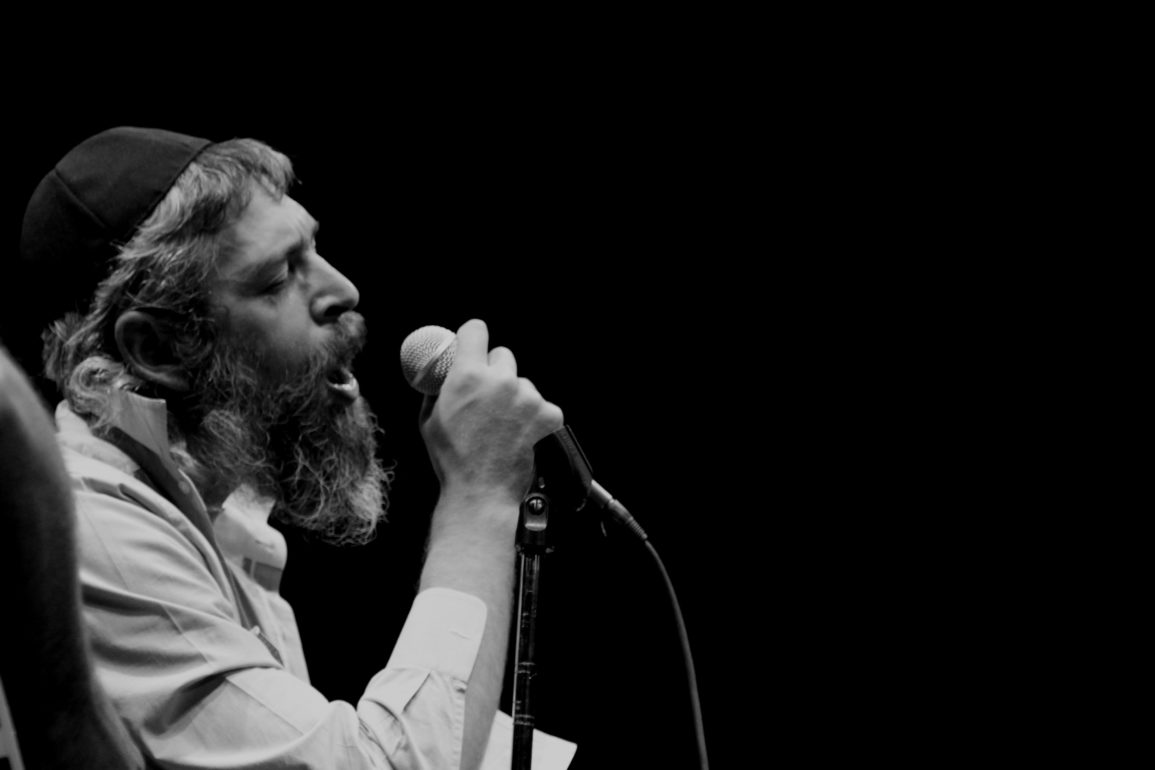 I’m Done Being A “Jewish Artist”

Am I an artist trying to work in religious themes, or am I a religious person trying to make art?

These are the identity questions every artist of faith faces.

It’s a chicken and the egg situation*, where you usually answer based on whether you were raised with religion and gravitated toward art or noticed an attachment to art and then came to belief later (Of course, there are grey areas in between).
*Let’s put this to rest. The chicken came first.

For ten years I have walked the line, pushing to incorporate Jewish themes in my films and photography. I made Jewish art my mission. I built a network around projects like Jurotrip, Punk Jews, and Jewish Art Now. It was important to me. It’s how people know me. It was loud and proud.

I stood on a pedestal and said religious art needs to step up and be better. And that the art world needs to respect us more. I tried my darndest to practice what I preached. Jewish Art Now in particular, with an aim to connect the disparate individuals and global communities who are involved in contemporary-styled Jewish-content visual art was a rallying cry at a time when there were no other resources for this.

It was easy to pretend in those golden days, from 2005 to 2012. We thought we could change the world.

Throughout college, I just made art that made me feel creatively fulfilled. Sometimes it was funny, sometimes it was dark, often it was just an experiment in how to use my tools and conglomerate inspirations. I felt like I was at the top of my game. Everything had led to this; I made a decision early in life to come to New York and go to art school and nothing could deter me from that. I didn’t know what being Jewish would mean to me as an adult, but I knew myself well enough that the year I spent at Yeshiva in Israel was just a temporary stop to see what kind of core I would build before the wilds of being a professional artist.

In 2005, I was working on my thesis for degrees in film and art history at Pratt Institute. Matisyahu was launching in a big way, on the back of JDub Records. The Jewish community lit up as an artist who was speaking our spiritual language was hitting the mainstream, with a hit record and TV appearances. I had a dynamic Rabbi who inspired me and I had just met my future wife and suddenly I felt closer than I ever had to being Jewish. Writers are told to always write what they know, and visual artists go one step further, practically removing their central nervous system and putting it on a pedestal for all to gawk at.

Perhaps pairing religion with my art might be an interesting experiment?

And so it was.

My thesis film, “The Stetson Pin” used the based-on-a-true-story journey to recover a lost hat as a parable for the protagonist rediscovering his Jewish roots. My friends chipped in to help. My synagogue community makes a cameo. The heads of department hated it.

The omens were bad as soon as my thesis review got scheduled for the first day of Passover, with no exceptions made. I completed the film from my parent’s home where I was spending the holiday and shipped it overnight (on dvd, this was 2005). I wasn’t given the privilege of being present to defend my thesis.

But any setbacks at the time didn’t faze me. I was making my art.

And so it continued.

My wife and I built, and connected, and found others like us. We started to get noticed for our work. Shemspeed and The Jewish Art Salon were sources of similarly minded professionals and quickly, good friends. Things were exciting. We kept pushing to be the cool Jews in an art world that pushed against faith.

But starting around 2012, things changed. As things with Punk Jews took off and we were touring, connecting to a wider spectrum of people of all walks and backgrounds, I realized that while I was “the Orthodox one” in the crew, I wasn’t sure what that even meant anymore. I started to think harder about my Judaism and what I wanted out of it, rather than what I was told to want.

This happened to coincide with Matisyahu shaving his beard, removing his kippa, and essentially changing his entire external life. The core, his music remained. Judaism was still there, but it was practiced differently. A cocoon fell off, allowing the next stage to emerge, no matter what that meant to his fans. And a lot of people I knew were pissed. They criticized him loudly. They felt betrayed. They tried to explain it (Sorry, Elad).

But I always understood it. He is a creative person. He is destined to evolve, and we shouldn’t expect differently. Matisyahu was beginning to truthfully answer the question. “Am I an artist trying to work in religious themes, or am I a religious person trying to make art?” He was doing what he felt was appropriate. And just like when I was emerging from college, looking for a religious icon, here was the same artist now pointing out the flaws of pushing unnaturally for too long. I would continue to defend him (though I shouldn’t have to), because I knew deep down I was no different.

This past week Matisyahu returned to the headlines because of his performance in Spain being cancelled for not bowing to pressure from the BDS movement. And I got angry. I watched as many who had written off just a few years ago held him up once again as an icon of Jewish pride as if they had been there all along, supporting him. Some of these same people were downright cruel during Matisyahu’s transition. And here they were, advocating we buy his albums again and discussing in great detail every minute political implication (that they read into however they pleased).

The hypocrisy was palpable. With Jews like these, who needs enemies? Where were you when a human being was thrust into a too-public analysis of his spiritual element?

I can’t be around people like that. If I ever “make it” they are sure to treat me the same way even though I don’t have a beard. I don’t have peyot (sidecurls). The only Jewish clothing I wear is a kippah and often, tzitzit fringes. I know People have similarly judged me by them.

But I have a confession.

They are hollower than they appear. I rarely put on tefillin. I pray only occasionally. There are innumerable flaws that keep me feeling alone in a community.

I’d rather be with other artists, who embrace the weird. The outsider. The flaws make us bright and shining stars or at least help us cope.

Am I Orthodox? I don’t know anymore. Lately I find it tough to fit into a box.

When someone asks my level of religious affiliation, I would rather launch into a long personal history than answer the question. I still keep Shabbat and kosher. Let’s leave it there.

I feel like I have been trying for so long to be something and the roadblocks are just so great for Orthodox Jewish artists. Two additional recent news items prompted me to finally out myself here: A recent article in The Jewish Chronicle on this very subject was filled with friends and colleagues and made me realize I’ve been there and done that for almost every item on the checklist, including being here on Hevria. And If Mayim Bialik is dealing with the same religious frustrations at the career level she is at, what chances do I have?

The few who try to push against that only can push so long before the wind is taken from their sails.

This summer I emerged from months of editing holocaust documentaries (because I’m a Jewish filmmaker and Holocaust movies are the genre that get financial support… sigh…) to dedicate myself to a summer of life. It meant getting out more, spending more time with friends, and being more honest about myself.

It meant thinking long and hard about what projects I want to be doing, and freeing myself from the shackles that meant I had to make everything have a Jewish slant.

Am I an artist trying to work in religious themes, or am I a religious person trying to make art?

One who occasionally might do Jewish stuff. When it speaks to my soul.

It’s the month before Rosh Hashanah and I’m getting real about where I stand. Come at me or accept me.