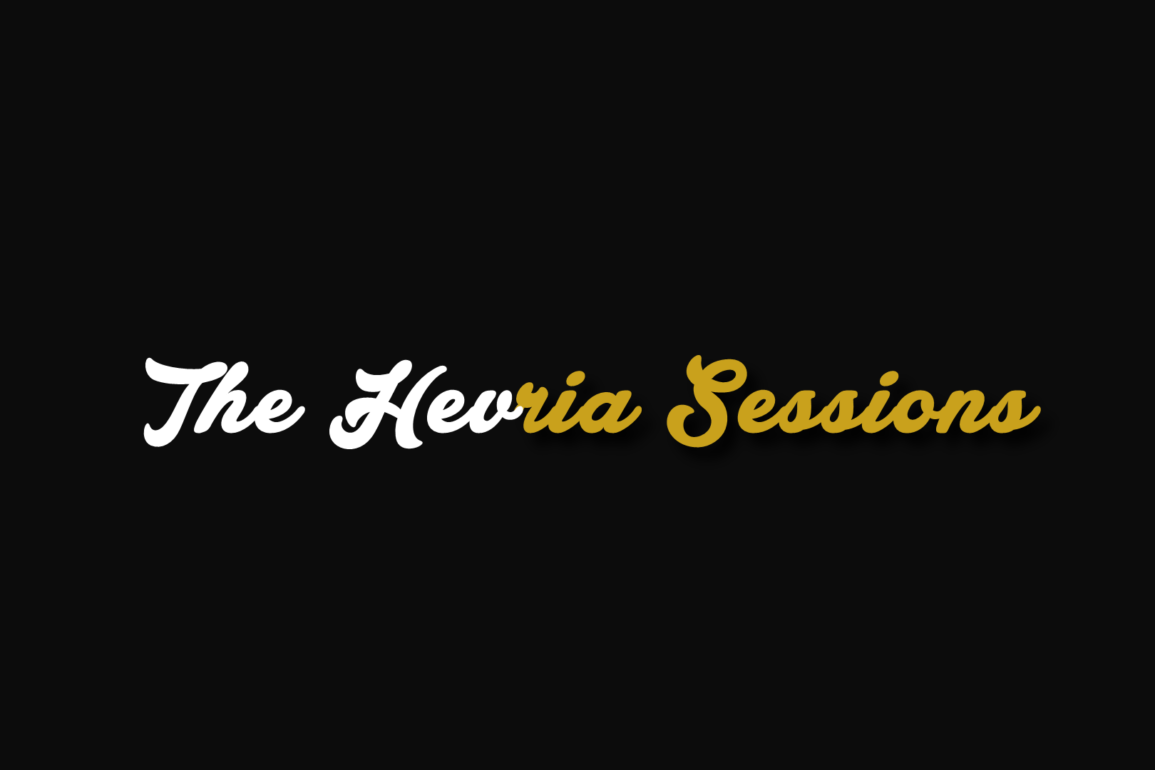 How We Make The Hevria Sessions

The second series of The Hevria Sessions launched recently, and with that I want to pull back the curtain a little bit and discuss what it takes for a little website like Hevria to provide our audience with these awesome exclusive music videos.

Contrary to popular belief, work like this doesn’t materialize from thin air.

Since Hevria’s inception, it was always envisioned as being more than the sum of its parts. One of the ways we always planned to expand beyond blogging was incorporating the multi-talented skills of its contributors, including film and music.

Somehow our fearless founder Elad Nehorai convinced me to volunteer my filmmaking skills. He and I have something in common: We hate the lowest common denominator that comes with so many Jewish creative projects, especially bad music videos. There is good material out there, if only someone would shine a worthwhile spotlight on it.

Another thing we share is that Fearless Leader and I are used to making passion projects happen on scant budgets.

No one will ever have the enthusiasm you do for a creative endeavor, so you have to roll up your sleeves and make a proof of concept to show the world that they should give a damn.

But luckily, you can sometimes convince friends to help out sight unseen. “Naaseh V’Nishmah”- “We will do and then we will listen”. So these few collaborators who believed in us and volunteered their time, money, and abilities to help became the backbone of the Hevria Sessions at its inception.

For the first round, the performers Levi Robin, Bulletproof Stockings, Darshan, and Rocky & The Goldstein were all willing to come in a perform for us. Some I had worked with in one way or another before, while others were leveraged purely on friendship alone.

Part of the insanity was wrangling four bands, each with their own style and set up, into one long day of shooting to cut down on production costs like equipment rentals and production space.

Our wonderful location, The Iyyun Center, is a cavernous raw space that oozes cool, and we got to use it for the day for a very low price thanks to the fact I also pray there. I can’t say enough good about Iyyun.

Elie Massias, a world-class musician in his own right, was our producer for that first round, and he knocked it out of the park. Go back and listen to the variety on display in The Hevria Sessions and keep in mind that drums overpower everything in a big room, and no one is wearing headphones to hear each other. And yet, the music is good enough to be released on its own. His collaboration was invaluable and should not be underestimated.

As director and producer, who, because of the extremely limited budget (I can’t stress this enough), was also cameraman and editor, everything regarding the videos themselves rested on my shoulders. Elad and I had a rough approximation beforehand of what we wanted to accomplish, but it was up to me alone to follow through.

In that one day, we recorded four bands performing two to four songs each. I varied the looks slightly where possible, but was manning three cameras myself and might have lost my mind.

Not to mention that we planned a bi-weekly release, which became the bane of my existence as time wore on, because I knew that I could make each one better than the last and I can sometimes get into a perfectionist mode where I need to just step back and call it quits before I spend too much time on one thought.

There are things about that first series of videos that make me cringe, and others that I leap for joy over. Such is the creative life.

So for the second round, we knew it had to be better.

Elad and I passed inspirational videos back and forth to open up what we could do visually beyond what came before. I cooked up some fun aesthetic choices for each new band we would work with.

We received assistance in the form of a MakeItHappen micro grant from the Schusterman Foundation (which was still bigger than our original series budget many times over). That, combined with some money from Hevria’s recent IndieGoGo fundraising campaign, made for a slightly more comfortable budget (filmmaking and music production are never cheap).

Our audio collaborator this time was Glenn Grossman from AStudioWorks.com and his passion continues to amaze me. One of the best aspects of working on a project like this is the chance to experiment with friends who are also professionals you respect. As you hear the variety of sounds in the forthcoming releases, think about what craftsmanship goes into accomplishing that.

You will notice that the performances this round are more intimate- no full bands, no big room. This is intentional. Bigger isn’t always better, though we look forward to claiming both in the future.

Similarly, you may notice there will only be one video per month over the next many months (don’t worry, a new one will be up next week). This breathing room allows for more refinement in post-production. I would rather release works because they are complete instead of just hitting a deadline we made up in the first place.

The first release, Noah Lubin’s soulful blues “Let A Little Light In” befitted a crafted black and white look. I think it is our most beautiful video so far. Here’s a little secret: It was shot with two cameras in two takes, which were mashed together to make what you see here. Try to keep track of which is which.

I don’t want to spoil much of what we have coming up, but in the very near future you will find the pop spirituality of Stereo Sinai and meditative jazz of Eprhyme, along with some special guests.

On a final note, none of this would be possible without the enthusiasm of you- the audience. We could have made these videos and no one would care and that would be that. But instead, there has been a reaction that surpasses our hopes and continues to inspire us.

The fun is just beginning. I look forward to seeing your response as we continue to make The Hevria Sessions for you.

Catch up on the entire season one of The Hevria Sessions here: