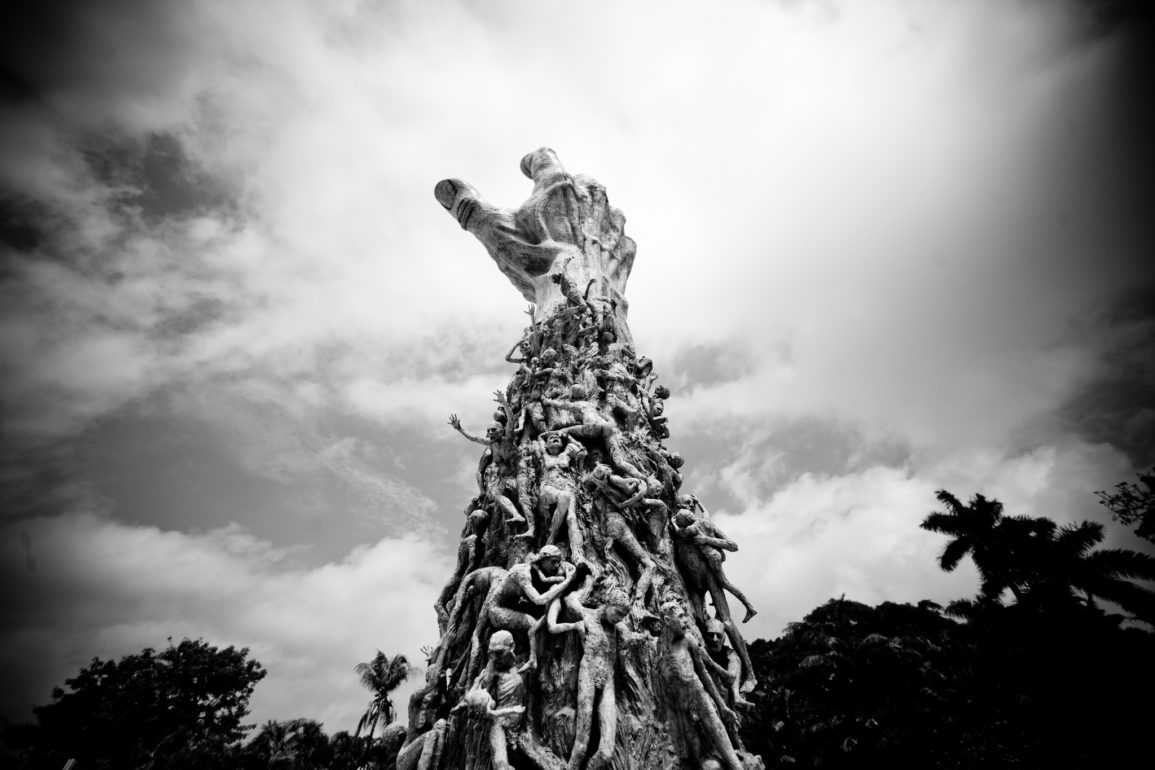 The Future War For The Holocaust

Seventy years ago this week, the Auschwitz death camp was liberated by Soviet troops in World War Two. For those lucky enough to experience it, it meant the beginning of the end to the innumerable atrocities thrust upon them by the Nazis. For me, it’s this thing that keeps popping up in my news feed that I glance at and move on.

This is the current state of affairs. I’m in my thirties, and World War Two happened to a generation that is disappearing day by day. I consider myself pretty average for my age; I’m from Middle America, and my grandfathers fought for the American army. The main difference between me and most of my peers is that I’m engaged in my Judaism, and that means I am 1) Knowledgeable of the full history being discussed, 2) Have friends who are posting about the Holocaust when it is relevant, and 3) I actually see it in my feed.

I’m one of the lucky ones, who grew up with survivors around, who has met and interviewed and had the pleasure of learning firsthand from these very special people. For five years I have been making feature-length documentaries in schools throughout North America with the program Names, Not Numbers. We are teaching 8th and 12th grade students journalism and filmmaking techniques that accentuate the broader history and prepare them for interviewing a single Holocaust survivor whose biography they have studied. The crux of the project is giving these teenage kids one last chance to get to know a survivor fully, and be able to pass that one person’s story on for the future.

Some of these are the kids who will continue showing up to Holocaust remembrance days, and will be speakers at those events 50 years from now. But let’s talk about the vast majority of people. The ones whose school can’t afford a special project, or who are ignorant, or simply don’t care, or history has simply passed them by.

If you invited me to a Civil War remembrance service today, I probably wouldn’t come. What can I learn from sitting among a bunch of people and hearing some guy talk for an hour that I couldn’t learn from watching Ken Burns’ epic film? That’s the way it seems to most people now regarding the Holocaust, and there are currently events with survivors actually present. If I did care about the topic, I could pull up hours and hours of material online and gorge on actual firsthand accounts until I was bored. That may be harder to do with the Civil War, which there are far fewer firsthand recordings of, but let’s be honest- over the last 20 years major archives and institutions have been built of Holocaust survivor testimony. Hell, I have over 50 interviews on my own just from the work I’ve done with Names, Not Numbers. And if I wasn’t a filmmaker or a history buff I probably wouldn’t end up watching the Burns doc or any other video either, because life is distracting and there are other, more pressing things to do today.

Major museums and organizations, Pew research polls, and schools are all noticing the trend. How will they survive without the bodies (and financial support) of those that care? Plenty has been written on the subject of “Holocaust fatigue”, and I assure you it is real. I myself schizophrenically vacillate between being utterly crushed by the weight of history and simply looking dead eyed into the future. I shouldn’t have to talk friends out of getting numbers willingly tattooed on their arms as a symbol (which I have). The pressure is so mighty to learn and REMEMBER that it takes its toll on those of us who have had the fortune to remember it already.

So this raises some challenging questions. How can one teach important history to a generation that is more present minded than before? What are the lessons of the Holocaust: Is it that the Jewish people need to survive to fulfill a religious goal? Is it that humanity as a whole needs to make sure no one suffers like this again? Is it that your grandmother or great-grandmother went through terrible things and therefore we should dwell in that tragic headspace forever? Let’s go through this point by point.

Firstly, the Jews and their religious goal? I can’t answer this one fully because I am not G0d. We have plenty of calamities in our past; the Holocaust is only the most recent of the major ones. There’s a Jack Handey Deep Thoughts that I love that goes, “As the light changed from red to green to yellow and back to red again, I sat there thinking about life. Was it nothing more than a bunch of honking and yelling? Sometimes it seemed that way.” I think this encapsulates the cyclical nature of time and the tragedy of the Jews. The optimist in me says that we are accomplishing something, making something better for the future, and I try to cling to that little voice because otherwise what is the point of life? We could just be crying to the ether. This is why we have a Messiah concept in Judaism, because without it we are just hopping from tragedy to tragedy like a battered rabbit, graciously reproducing before it dies.

If we tackle the humanist element, which is what I see most people taking from the atrocities of the war, then maybe we can improve the world, whether the Holocaust is remembered as individually significant or not. Some would argue “isn’t it enough to make sure that no one again is abused like the Jews were by the Nazis? Why do the Jews have to make it just about themselves?” The reality is that thanks to our global, interconnected society we are aware of many atrocities happening, often ones that are current. Those that have enough strength to get up in arms about such things do so, and the world continues to spin. You don’t need religion to know bad from good anymore, we have society itself, which took what it liked from religion and moved on.

Then there are those who want the Holocaust to stand shoulders above all other catastrophes in human history. They will claim it was the worst, most engineered destruction of a people ever. And they may be right. Or not. There are certainly a few that are comparable. I hate this view, because why do we need this to be a contest of suffering? What benefit is there in measuring the pain of others? There is nothing we can do to change the past and it teaches us nothing for the future to sit in a pool of hurt consistently. Don’t kill in a merciless and systematic way? Got it. You had me at don’t kill. The way that the Holocaust is being taught by most of the people I’ve encountered is all style and no substance. It is torture porn. We work ourselves into these frenzies of the horrible stories and don’t use it to improve.

If you are one of the many people who identify as Jewish and the Holocaust is your bread and butter then you are not Jewish, you are a Holocaustite. Jews, despite their history and tradition as major markers, don’t dwell in the past. Because real Jews get up every day and work with G0d to make today better than yesterday. Orthodox Jews say “Modeh Ani” every morning thanking G0d for returning our souls to allow us another day to accomplish good. We ideally take the humanist stance one step further, looking out for everyone the world over and also teaching their children about a future they can build together. This is why the Reform movement is so invested in Tikkun Olam, repairing the world.

That’s a tough cookie to sell to a political world that sees Israel and Judaism as one and the same (which they are not, though they are linked by Judaism’s presence in the land and its historical significance), especially when Israel’s actions regarding the Palestinian population are compared by some to the Nazis. I find that attack highly flawed and I have no interest in delving into that discussion here (but my short version is you would be wrong). I only bring this up to be able to say that even if the Nazis succeeded in taking over Europe, and the State of Israel didn’t exist, the Jews would still be around today. This is a point that most may find moot and others may scoff at. But as aspirational as they were, I firmly believe the Nazis would have stopped expanding somewhere, just as Alexander, Napoleon and others did. Jews would be different, surely. The population would be greatly depleted. But Jews would continue on, in their small way, under oppression, with their mostly Sephardic and Mizrachi traditions as practiced outside of Nazi controlled Europe and North Africa. This is something to think about, even temporarily, to give context back to reality. We are resilient.

The world as a whole needs education on what it is to be Jewish. I mean, truly, at its core, Jewish. Without bagels and Yiddish and Seinfeld, without Spielberg and pastrami and black hats, the modern State of Israel and Hassids and the Holocaust. That goes double for those who are Jews themselves. There is a core to this religion that is based in belief, observance and study that goes deeper than culture and politics. It frustrates me when that is all I see. And it cheapens the struggle.

If someone is taught to care about people, they will care about them no matter their race, religion or creed. No one group deserves to consider themselves better than the rest. And trying to put a contemporary spin on the Holocaust, selling it through social media by branding it as important will not speak to the jaded who represent the majority. It is simply an argument you won’t win. And history will roll on by. Those that have taken the time to change will know what I mean.

What is the future of the Holocaust? When one or two hundred years have passed, will anyone, Jewish community included, view it any different than the atrocities of the redemption from Egyptian bondage in which four-fifths of the Jewish community were wiped out? The Kingdom of Israel’s destruction and expulsion by the Romans? The Crusades, or the Spanish Inquisition? Each of these events set the stage for the Jewish people to be in place for an era of prosperity and then the following breakdown. Each fall has a recovery, and then another fall. America is great but life was prosperous in Egypt, Spain and Germany for long periods of time also. People say that with the State of Israel that it can’t happen again; well I hate to break it to you but we had that same land before, strong army and all, and it was invaded and destroyed a few times before. That might sound defeatist. I see it as realistic.

There is no future set in stone. We are pawns in a cosmic play, and as painful as it is, we can only pray to affect it for good, and take actions that help people. The survivors I have met have on the whole wanted us not to just remember the pain and loss, but to actually do something meaningful. I don’t think the Holocaust needs to survive as much as the message to be kind to others does.