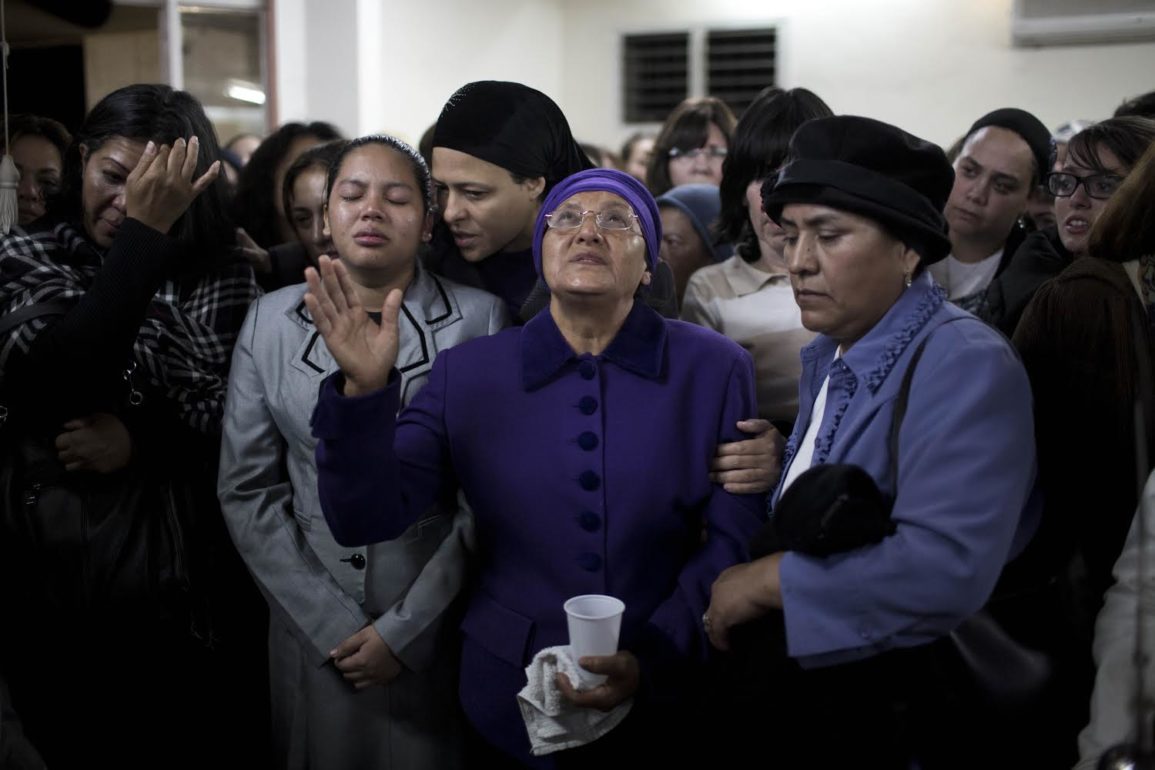 I Sobbed For A Stranger

The Jewish world is not one of half measures. The highs are Mt. Everest high – like dancing the hora at a wedding – and the lows are Death Valley low. Tragic and terrifying.

As a hopeless romantic and generally joyful Jew, I tend to race toward those highs. I know darkness exists. I don’t hide from it. I just try to counteract it with light.

When experiencing either of the extremes, I’ve been known to cry. It’s even happened while hearing about such a moment from someone who experienced it.

Not so much, however, when I’m simply reading about it.

And yet, last week I found myself sitting at my desk, sobbing while reading an article online. It was the story of Karen Yemima Mosquera, the young student who was murdered in a terrorist attack at a bus stop in Jerusalem.

Unfortunately, it’s nothing new. Every “successful” terrorist attack includes a story of despair for the loved ones of the victim, and our entire community. These horrors become more frequent, and we harden ourselves.

Why did Karen Yemima’s story hit me so hard?

She was an Ecuadoran girl of 17 when she learned that the strange customs among the women of her family were a Jewish legacy transmitted through the centuries by conversos – Spanish Jews who hid their religion in order to survive the Inquisition of 1492. Among other practices, they lit candles on Friday nights behind closed curtains, and covered the mirrors when someone died.

Karen felt a strong pull to Judaism, and began studying voraciously online. She had precious little access to Torah, rabbi or Jews, but she joined a vibrant community online.

Eventually, she found Spanish-speaking Rabbi Gavriel Geiber who guided her studies through the internet.

She began observing mitzvot (commandments), she dressed modestly, and she found a way to make aliyah, i.e. move to Israel in order to continue learning Torah.

Her best friend in the Jewish studies program, Yael Barros of Brazil, said, “She told me that when she started studying Torah and mitzvot, everything made sense to her. And she was very, very happy studying Torah, like she had never been in her life.”

Karen Yemima studied non-stop for a year, pausing only to clean houses – she hoped to save enough money to being her mom and sisters to Israel.

She finalized her conversion five months ago, and took the Hebrew name Yemima. On the day she died, she was traveling from cleaning a house to Torah class.

Against all odds, a Jewish soul had found its way back to a homeland that was only dreamed-of when her ancestors cowered in fear before the Inquisition. And within a short time of completing her journey, she was murdered at a bus stop.

And why was I so shaken by this particular tragedy?

And what am I to do about it?

I believe it happened because the greatest evil is drawn to the greatest light. We were never promised a world without evil, and such a world would be less desirable than this one. G-d suffers evil to exist for a reason. Without it, humanity could not fulfill its mission to overcome evil, to create light in the darkness, to choose right over wrong.

Innocent suffering in this world is the price we pay for fulfilling that mission. For me, that price would be intolerable if I did not also believe that we have eternal souls. The injustices an individual suffers here will find balance in eternity.

These ideas usually give me comfort. Why was I so taken aback by Karen Yemima’s story?

Perhaps this particular injustice struck me so hard because I identify with Karen Yemima. I’m South American by birth and Spanish is my first language. My wife was in Jerusalem on an Aish HaTorah women’s trip at the time I read the story, and I knew I’d soon be traveling to Jerusalem myself (I’m here now). I lacked a substantial connection to Judaism for many years, and was fortunate to find my way back, like Karen Yemima. And now I run the Accidental Talmudist online community which brings Jewish wisdom to thousands of people like Karen who would otherwise lack access.

Or perhaps it struck me hard because she was so happy and fulfilled at the moment of her death.

Yael and Karen Yemima would often walk though the Mount of Olives cemetery overlooking the old city, where countless righteous Jews are buried. One day, Yemima exclaimed, “Yael, I want to live here, to marry here, to have my children here. And I want to die here. And I know it’s impossible, but we can dream, can’t we? My dream is to be buried on the Mount of Olives, because when Moshiach [the Messiah] comes, I will be the first to rise up and be in the Holy Temple. Can you imagine that?”

Yemima got her wish to be buried in the Mount of Olives, but her life was too short. Too seemingly unfair. I know G-d has a plan. I know His justice and mercy are absolute, and perhaps Yemima herself would not question her fate, or that of the three-month-old baby who was murdered along with her when a terrorist plowed his car into a crowd of commuters on October 22.

Israelis have learned not to live in fear. Jews around the world know that such things happen in Israel. And the rest of the world is not immune. The cancer of such events has spread.

Is that why I sobbed? Because there is simply no way to know when and where evil will strike next?

I do know, however, that we can, and must, make meaning emerge from such events. The world is a highly complicated and perilously balanced place. There is just enough good in it for G-d to allow its continued existence.

The greater the darkness, the brighter the light which must emerge from it. So I ask myself what candle would Karen Yemima light after this tragedy?

I believe she would want us all to learn Torah, a mitzvah equivalent to all the others combined, as our Sages teach.

No matter how much or little one is learning now, one can learn a little more in Karen Yemima’s honor, and it has never been easier than today, in the digital age.

1. Google Torah and a great rabbinic writer like Adin Steinsaltz, Tzvi Freeman, or David Aaron. There are many many others – these luminaries just came to mind first. Pick a piece that calls to you, and start reading.

2. Check out Partners in Torah. If you can set aside 30 minutes a week for a phone call, they will match you with a teacher free of charge. My wife Nina is now learning from an incredible soul – a woman whose debilitating illness has left her homebound while her spirit soars upon the heights of Torah.

3. This coming Sunday, November 16 is 24×24 – The Global Day of Jewish Learning, during which 24 sessions will be taught online over 24 hours, featuring some of the greatest minds in the Torah world, including Adin Steinsaltz. It’s all free, and you can register right now, right here. (I’ll be teaching too, at 13:00 PST/23:00 Israel, though I’d recommend Rav Steinsaltz if you can only make one session).

Can creating such a good negate the evil that took Yemima’s life? I don’t know. And yet, I believe she would approve this call to action, and I can almost feel her soul reaching out to wipe away our tears.