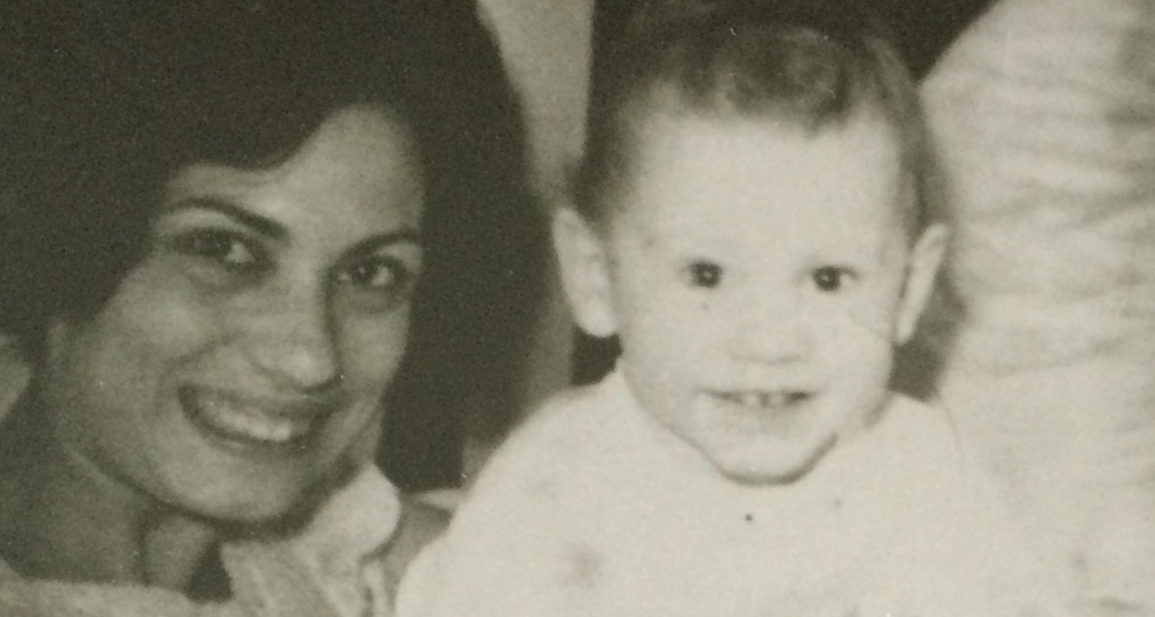 My Mom Has Dementia, And Other Good News

My mother has frontal lobe dementia. There, I said it.

I’ve written about dementia in the past without identifying her. Although she was no longer reading, it didn’t feel right to share her struggles. Now, my perspective has changed.

Just as the Jewish holidays ended, I received an emergency call. Mom had broken her hip. I flew across the country to be with her, and to help my dad cope with the situation. I wrote about it, but I didn’t mention that she had dementia, even though that’s what we’ve really been struggling with.

Her name is Katalina “Kathy” Litvak.

Three years ago, Mom was the editor of an important pharmaceutical journal and a world-class bridge player. Sharp, funny, and full of energy, Mom was a force of nature.

I’ve also written about my heroic grandmother, a concentration camp survivor who carried a newborn infant – Mom – through Theresienstadt, even as her husband and most of her extended family perished in the Holocaust.

My grandparents had married in Hungary in 1932. They prayed and waited twelve years for a child. Katalina was a miracle baby when she was born in 1944. She became more miraculous still, when she emerged from the horror in 1945.

My grandmother thanked G-d for saving her only child and became religious after the war. Mom, who grew up in Soviet Hungary, became a skeptic. She didn’t doubt that G-d existed, but she tended to view people as either dear friends or potential Jew-killers.

In America, we were surrounded for the most part by dear friends, and Mom thrived. We never owned a German car or ate Russian caviar, but she took great satisfaction in living well. Our pantry was always full. Our life cycle events were big simchas – feasts of joy.

That she survived long enough to experience dementia is a kind of good news in itself. Knowing Mom though, she’d be quick to point out that infant malnutrition, induced by genocidal maniacs, probably contributed to her condition. So that’s not the good news I’m writing about tonight.

Like my grandmother, I’m a believing Jew. I love G-d with all my heart and soul, and I trust G-d. I know there’s a purpose and a meaning for everything in this world. Even the Holocaust. Even Mom’s dementia. At the very least, I believe we have eternal souls, and that the injustices of our fleeting lifetimes will be remedied in the eternity that follows.

And yet, faith would not be faith if it didn’t contain doubt. I’m my mother’s son.  I value science. I instinctively trace the lines of cause and effect. I love people, but I wonder about everyone’s hidden motives. Even G-d’s.

When I arrived two days ago, and witnessed Mom’s new state, I was crushed. Who was that lady in the hospital bed?

Three years ago, Mom was a gifted editor working in her fourth language.

Two years ago, we did an oral history together, and we had to help her finish stories she’d told for years. OK, we thought, everyone has memory hiccups as they get older. She’s just a little further along on that spectrum.

One year ago, we had to keep the conversation very simple, but she was still Mom.

Six months ago, the conversation narrowed to the absolute here and now. Her short term memory was severely damaged, but she was still Mom.

Two months ago, the subject would change frequently and randomly, the whims were childish, and she became frustrated at not being able to complete her thoughts, but she was still Mom.

When I arrived here, however, I found a woman with the attention span and language skills of a toddler. The trauma of the hip injury, the surgery, and the anesthesia all contributed, but the difference was profound. Mom was gone.

What the hell was the purpose of that? I needed answers. I turned to our Sages.

Every email I write includes a quote under the signature:

“Who is wise? One who learns from every person.” – Shimon ben Zoma

The original continues, “Who is strong? One who controls her impulses. Who is rich? One who is happy with what he has. Who is honored? One who honors everyone.” (Avot 4:1)

What a profoundly wise man! And yet, Shimon ben Zoma’s journey ended in dementia. It is said his studies brought him too close to the secrets of the Holy One.

OK, I can see a meaning in that, but what about everyone else? My mom wasn’t plumbing the mysteries of the Universe!

It moved me to read about Viktor Frankl, a doctor who survived two concentration camps. The first was Theresienstadt, and he was there at the time my grandmother Magda arrived with her newborn baby. Perhaps he helped her survive. He was transferred to Dachau, where my grandfather Imre died. Perhaps Dr. Frankl was able to comfort Imre at the end with news of his wife and daughter.

In Man’s Search For Meaning, Dr. Frankl wrote, “We who lived in concentration camps can remember the men who walked through the huts comforting others, giving away their last piece of bread. They may have been few in number, but they offer sufficient proof that everything can be taken from a man but one thing: the last of the human freedoms — to choose one’s attitude in any given set of circumstances, to choose one’s own way.”

Dr. Frankl’s words are brilliant, but Mom can no longer choose. What is the purpose of a fate that strips her of that?

And then I found two rabbis who comforted me, one from the Talmud, and one from Ohio.

Rabbi Tarfon was a revered Torah scholar. After dementia struck his mother, he would crouch down to let her use him as stepping stool when climbing into bed. He told his colleagues what he was doing, wondering if it was appropriate, given the sanctity of his office. They told him, “You haven’t even begun to honor her until she tells you to throw your wallet in the ocean, and you do it to avoid humiliating her.” (Kiddushin 31b, B. Talmud)

Rabbi Tarfon was a saint. And yet even he was brought to a higher place by serving his mom. She brought out the very best in him.

Our society has many heroes, but how many people actually bring out the best in others?

Rabbi Cary Kozberg is the Director of Spiritual Life at a senior facility in Ohio. He wrote, “From my experience, when persons with dementia lose their ability to make choices, they become like angels. Their behavior is no longer a function of what they choose to say or do, but rather of circumstances beyond their control. And, like many of their Heavenly counterparts, their task (whether they are aware of it or not) is now to sing praises to G-d.”

Then Rabbi Kozberg noted that the loved ones of dementia patients can’t help but despair over the loss of the people they used to know. In doing so, however, we lose sight of the person standing before us.

When I read that last night, it was a bell-ringer. I suddenly thought about what I had witnessed in the hospital room. One day after hip surgery, Mom wanted to move, and she wouldn’t take no for an answer. Medically, she was supposed to stand up for a few seconds and attempt a few steps. My mom, however, did much more. She struggled to stand, tried to take a step, failed, sat down in frustration, and struggled to stand again.

Repeat twenty times. Manage a few steps here and there.

Rest for half an hour. Start again.

In between these bouts, there was no frustration at all. Her spirits were high, and she was happy to hold our hands and kiss our cheeks.

My dad and I grew frustrated, trying to get her to rest. The truth is, we needed the rest, just from helping her up.

Now, I simply admire her determination.

This morning she settled into the rehab facility. Every time I returned to the room from an errand, she lit up as if she hadn’t seen me in years.

And thirty, forty, or fifty more times, I watched her get up, manage a few steps, and sink back down in the effort to move about – what a work-out!

She could not complete a simple thought, yet she managed some hilarous comments about the food. And she thanked everyone who helped her do anything. Each of us has a spark of holiness and goodness within us – imagine if we all brought that out in those around us, what a different world this would be!

Even the broken hip is a blessing. She transitioned well from the hospital to the rehab facility. Eventually she’ll transition from there to the memory care facility she’s been attending part time. G-d willing, it will be smooth, and she won’t ever feel like she was ripped out of her home.

Meanwhile in our online community, Mom is inspiring thousands of people. Just by reading this article, you lend meaning to her condition, and I pray you will visit, call or write someone who is sick, in my mother’s honor.

This is how Dr. Frankl’s teaching applies to my Mom. She can no longer choose her attitude, but we can.

Mom’s Hebrew name is Babette bat Sarah. Your prayers and support of our family mean so much right now.

The new Mom may not be the Mom we knew, but she is an amazing person who is nurturing Mom’s eternal soul, and inspiring others. And that is very good news indeed.