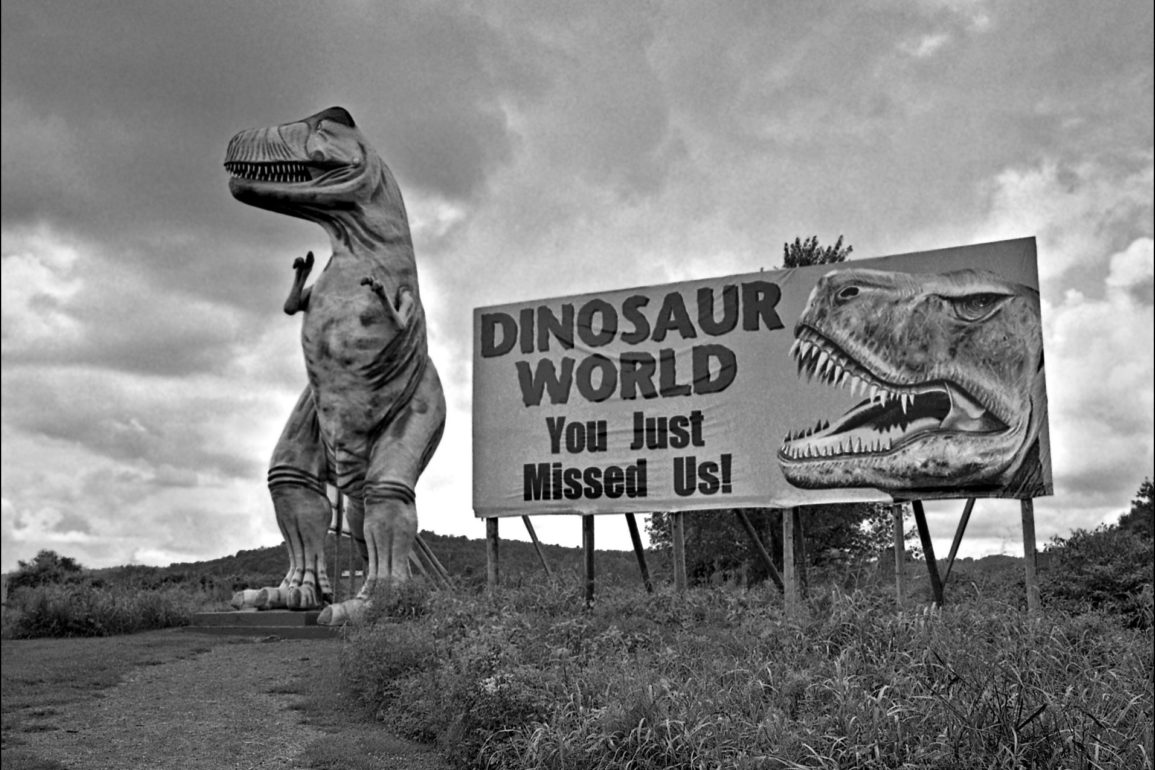 Why Did G-d Make And Unmake Dinosaurs?

It is the hallmark of any deep truth that its opposite is also a deep truth.
-Niels Bohr, Nobel Prize winning physicist and philosopher

As a Jew with a deep love of Scripture, I am not troubled in the least by the long-ago extinction of dinosaurs.

Wait, that sounds terrible. I am saddened that they all died, and that we never had the privilege of observing them in the wild. I am equally saddened when we lose one of today’s endangered species.

Nevertheless, I am not philosophically, existentially, or religiously troubled by the rise and fall of dinosaurs.

Perhaps I should be.

Along with the dinosaurs, that event wiped out about three-quarters of the animal and plant species on Earth. It is believed that an asteroid or comet impact triggered the event.

Our species, Homo Sapiens, appeared around 200,000 years ago, and started to exhibit signs of behavioral modernity about 50,000 years ago. Agriculture and civilization arrived about 12,000 years ago.

Maimonides said science is a wonderful way to appreciate G-d’s creation, and any apparent contradiction between science and Scripture only means we have misunderstood one or the other.

For a fascinating reconciliation of the age-of-the-universe problem, I highly recommend Dr. Gerald Schroeder’s book, Genesis And The Big Bang. Dr. Schroeder is an MIT physicist who explains that the six days of creation were unlike the subsequent millennia of history. Using Talmudic commentary that predates big bang cosmology by centuries, he demonstrates Scripture’s uncanny ability to predict our modern understanding of both the universe’s origin and age, when properly viewed through the prism of relativity. In fact, 13.8 billion years would be about six days for an observer capable of viewing a universe’s expansion at the speed of light from its point of inception.

For me, however, an even more interesting question is why G-d makes creatures that later go extinct. It doesn’t seem to fit with our image of a benevolent and masterful Creator.

One could argue that G-d is not benevolent. After all, the world is filled with human suffering. Nine out of ten fish are eaten by other fish, and it’s not much better on land. Perhaps G-d is simply painting a pretty picture from His perspective, despite the fact that it causes unjust suffering for His creatures?

All His ways are just. A faithful God, without injustice, He is righteous and upright.
-Deut. 32:4

I believe in G-d’s benevolence with all my heart. I can do that, because I also believe we have eternal souls. There will be plenty of time for the suffering of the righteous and the prosperity of the wicked to be made right. And like Job, I was not there when G-d designed the Universe. I don’t claim to know how it works, or how the Creation guarantees justice for all. I simply have faith that it does.

That still doesn’t explain the dinosaurs.

I’ve seen articles suggesting that dinosaurs were created for our benefit, in that their bones lead us to wonder about these creatures. Such wonder causes us to ponder the attributes of our Creator, and teaches us to accept the existence of beings we haven’t seen with our own eyes.

I find those answers interesting but incomplete. Our Sages say that every person should carry a slip of paper in his pocket saying, “The whole world was created for me.” Taken by itself, this implies remote galaxies and massive extinction events were created just so that we would ponder them.

With all due respect, that sounds terrible.

Our Sages also teach, however, that we should carry a second slip of paper in our pockets saying, “I am nothing but dust and ashes.” (Sanhedrin 37b, B. Talmud)

The first paper isn’t meant to instill arrogance – it’s meant to lift our spirits and remind us that every day presents countless opportunities to play the good guy or gal in the drama of G-d’s Creation.

The second paper pretty accurately sums up human existence in a Universe that has been expanding at the speed of light for 13.8 billion years. All those stars, planets, and beings weren’t created just for us to ponder, as our Sages knew full well.

So, here’s why I believe G-d made and unmade the dinosaurs.

Our Creator is the greatest artist of all time, and no masterpiece was ever created with a single stroke. As a writer and filmmaker, I know it well. Art requires process.

An artist is not diminished by the fact that her final product does not emerge from the first stroke of her brush. To the contrary, the greatest works would not be possible without the knowledge, experience, and emotion gained from earlier drafts, and earlier works.

Every scene left on the cutting room floor plays its part in forming the finished film.

It is only the amateur writer who gets stuck perfecting the first page of his novel and never advances to page two, let alone completing the many drafts required to create anything good.

Am I ascribing human qualities to G-d? Of course. I’m human, and I can only know G-d through a human instrument. I believe, however, that I’m actually ascribing G-dly qualities to any human who undertakes the terrifying process of bringing forth something from nothing. The right way to engage in that process is through iterations and evolution.

Shimon the Pious said there were 974 generations who pressed themselves forward to be created before the world was created, and yet they did not become part of the final Creation. (Chagigah 13b, B. Talmud)

Nine hundred and seventy four drafts! That’s a dedicated Artist, and I am lost in love and admiration for our Creator, as I experience His Soul through the magnitude, beauty, love, and justice of His Creation.

And yet, I must return to Niels Bohr’s statement above:

I said the Universe is not created with a single stroke.

I also say that it is.

G-d is not limited in any way except our understanding of Him. Calling Him an Artist who sweats through drafts is a nice way of grasping one aspect of the Creation, and allows us to tuck the Creator away in our pockets for future discussion. It would be arrogant and wrong to stop there.

The Universe and everything in it does happen in a single stroke, one that began when G-d’s brush touched the canvas, and will end when His brush leaves it.

Endlessly subtle, complex and titanic, G-d’s single stroke weaves together hearts and souls, exploding stars and extinction events, the rise of Homo Sapiens and our mysterious journey toward redemption.

I would like to suggest, however, that holding both truths simultaneously can inspire us to play our roles in this Universe with love and gusto.

The aspect of G-d which resembles a hard-working Artist can teach us to relish our mistakes and our failures, our false starts and restarts.

An expert is a person who has discovered by his own painful experience all the mistakes one can make in a very narrow field.
-Niels Bohr

And the aspect of G-d which is beyond all comprehension should remind us how loving He has been to tolerate our continued existence despite unpardonable offenses; to bequeath us instructions for living through an eternal and eternally unfolding Torah; and to bless us with loved ones along our journeys.

We too may be dinosaurs who will disappear one day, but we are here now. We have a role to play before the final curtain, and we are loved.