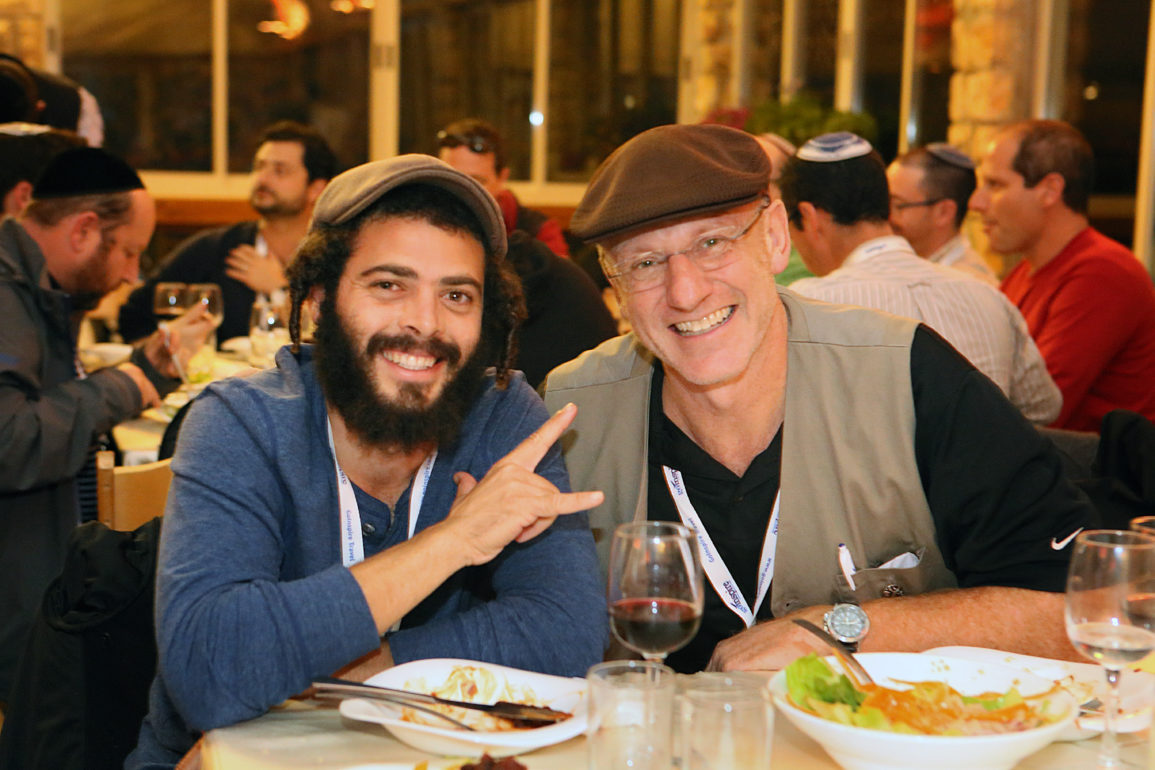 A Note To Young Rabbis From A Passionate Jew

I was recently invited to give a talk to rabbinical students. My first reaction was, “Who am I to address such a distinguished group?”

Then I realized I had a lot to say. In my travels as the Accidental Talmudist, I’m blessed to learn from many gifted rabbis, across all denominations. I’ve also encountered folks who might have been having an off day. If it’s in me to help one person inspire another, who am I to say no?

The first thing I did to prepare was ask my kids, “When have you seen a rabbi being excellent?”

They attend a wonderful Jewish day school and we love our synagogue, so I figured they’d have some good answers.

My daughter surprised me by mentioning our local Chabad emissary, a very young rabbi who moved into the neighborhood a couple of years ago.

Having seen the mezuzah on our doorpost, he rang the doorbell shortly before Rosh Hashanah with a big shofar in his hand. He wanted to be sure we’d hear its sound during the holiday season, and he showed my daughter how to blow it too. I brought out mine, and they blew together. I should’ve taken a picture.

When I asked my son, he mentioned a kickball game at school. One of our rabbis came by, and asked if he could get an at-bat. He kicked a homerun, and my son’s team went wild.

There are many disaffected Jews out there – indeed, many dispirited people of all religions. I was one of them for years. Alienation can occur for any number of reasons. Occasionally people in such a state will bump into a rabbi.

He’ll get one at-bat.

During my time away from religion, I actually read the Bible. Not for inspiration, but as an assignment in a literature class. I was amazed by some of the stories I’d never encountered in Hebrew School, like the Dinah story in Genesis 34.

It troubled me for ages. Finally, I found myself at a wedding reception, where I cornered the rabbi beneath some towering eucalyptus trees. Enormous ravens were cawing high above.

“Rabbi, can you explain this story to me? Jacob’s daughter sleeps with a local prince, he asks Jacob for her hand in marriage, and her brothers go along with the wedding on condition that all the local men get circumcised. While they’re recovering, Jacob’s sons sneak in and kill them all, take the women and children as slaves, and leave a ghost town. And these are our heroes?”

At precisely the moment I finished my question, one of the ravens dropped an enormous poop on my shoulder.

The rabbi said, “There’s your answer!” and headed to the buffet.

That was a strikeout, a flat failure.

“So,” I told the rabbinical students, “here’s how you increase your homerun percentage…”

Many times in the Talmud, we encounter Sages who love a certain mitzvah (commandment). Rather than waste time apologizing for a mitzvah that might seem awkward or unfair, share the beauty of a mitzvah that calls out to you. Put your hands on it. Put our hands on it. Judaism is a tactile religion. We’re blessed to have so many paths of service to God. Use one, and share with us why it’s dear to you.

Teach People How To Pray

Meaning, free us from the siddur (prayer book). So many people believe the only way to pray is to recite liturgy that leaves us cold.

Take a note from Rebbe Nachman. Encourage us to talk with God as we would with a dear friend. Tell us we can start by saying, “This feels weird. I’m not sure if You’re there, but lately I’ve been feeling…”

Then let us know that the siddur is anything but stale, if we read it right. Instead of reading every word, we might scan the page for a phrase that calls out to us, and discover the portal to a higher place.

Explain A Bit Of Hebrew

Most Jews today do not speak Hebrew. Even if we can read it and sing it, we don’t know it. Yet we’re curious, and we love learning how our tribe’s ancient, moody language works.

Pick a phrase we’ll encounter a few times in any service. Break it down, syllable by syllable. Unpack its multiple valences. Next time we encounter that phrase, it will sing to us, and we’ll feel closer to its Source.

There is no contradiction between faith and science unless one or both are misunderstood. Rather, they work together like two hands exploring a loved one’s face in the darkness.

Carry a few examples with you. Einstein quotes are always welcome. Like, “Science without religion is lame. Religion without science is blind.”

Sometimes this means new melodies, new prayer spaces, and new texts. Yet it can also mean returning to ancient practices that have been lost along the way. Recovering those can feel like uncovering treasure.

Harness The Talent Around You

When I’m directing a film, and someone tells me there’s a problem on the set, I figure the person most qualified to solve it is the person who noticed it. Complainers in a house of worship are not problems. They’re potential problem solvers.

You can also look for the creative people around you, and recruit them to design a new service. They’ll come up with ideas no rabbi ever dreamed of. Most of the ideas won’t work. Some will be gold. Kudos to Rabbi Adam Kligfeld on this one.

Start With A Niggun

Anyone can hum along with a wordless melody. Don’t introduce it. Just start singing, and make sure it’s catchy. Then talk. It’s amazing how open we are to learning something new after we’ve sung together.