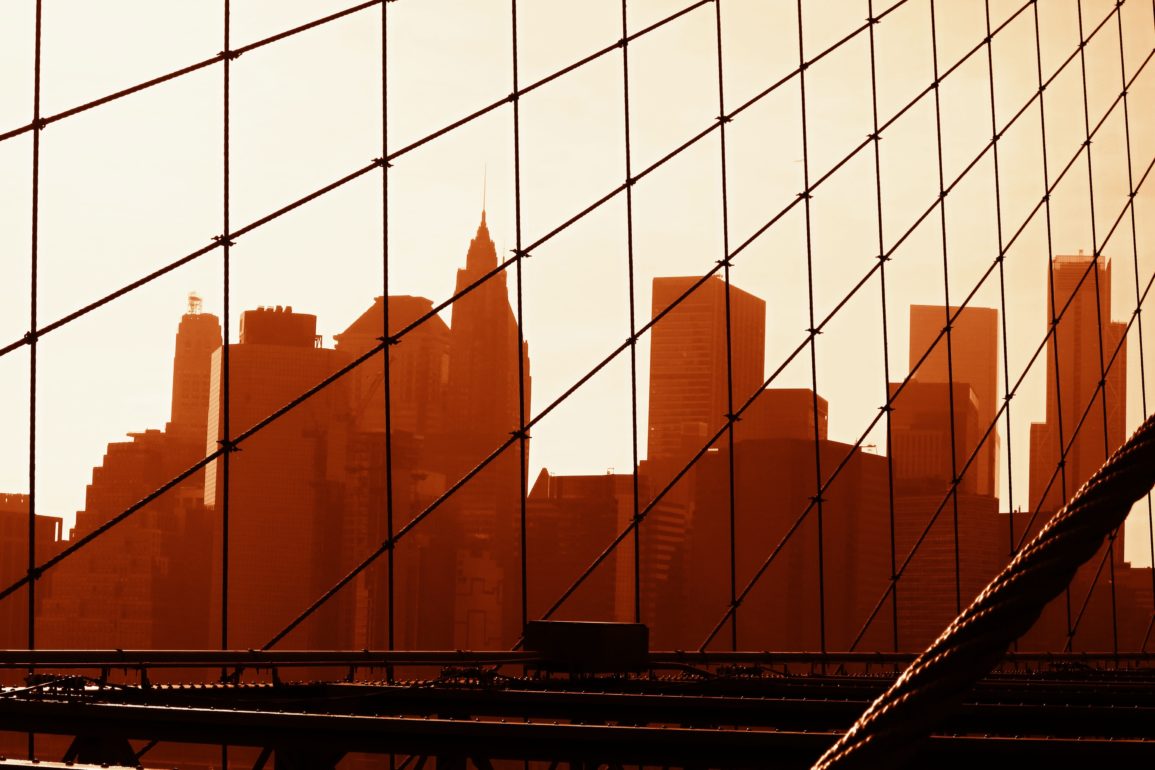 What Brooklyn Taught Me

After over a decade of kvetching about living in the Big City, leaving Brooklyn is on the horizon (by the time you read this, I’ll have moved) and the refrain from the Big Yellow Taxi loops on repeat in my head: “Don’t it always seem to go/That you don’t know what you got ‘til it’s gone”.

Oh Brooklyn, my never-home, but host to my family for the past 12 years, here’s to you! There are some lessons this stubborn author has learned on this surprisingly emotional and psychologically challenging journey. Here are a few:

Trees. Those giant green filters and ugly-view blockers. Friends, you think you like trees, but you don’t know if you do until you’re seriously considering chaining yourself to the lone tree in front of your house when the Department of Agriculture comes to cut it down, saying things like “brittle”, “dangerous”, and “why are you tearing up”.

Speaking of tearing up, a few months before the Day They Came to Cut Down the Tree I opened up my front door to find a man standing there with tears in his eyes. Middle-aged with whispers of wrinkles, with khaki shorts and a polo shirt, there was something so genuine about him that I invited him in without knowing his name.

“You might think this strange,” he said, “but I just came from visiting my grandmother’s grave, and I suddenly had a strong feeling that I needed to visit her old home – your home. The first thing I recognized when I turned onto this street was that big ol’ tree in front of the house. It opened something in me. I just wrapped my arms around it and cried.”

Strange? Eh. Tree, you are missed.

Alternate side parking. For the uninformed, it’s that infamous ritual in which people technically can’t park on one side of the street for a chunk of time each week to make way for the street cleaners. This means that they either double park on the opposite side, or sit idling their cars for an hour and a half so they can pull away if a traffic cop drives by. But the best part of alternate-side parking, aside from getting to know your inner demons quite well, is that it forces all the cars to reset themselves. This means you get a fresh chance to find that elusive parking space each week. It’s the great parking equalizer. There’s a metaphor there somewhere.

Jews, Jews everywhere. As a child my family moved from a tiny community on the West Coast where literally everybody knew everything about each other, to a big Jewish community on the East Coast. As a kid on the West Coast, I spent many hours sitting on the motorcycle of our Vietnam vet neighbor, watching as he made bullets in his garage. The wall behind the motorcycle was plastered with ripped out Playboy magazine pages. As a mother now, my hair stands on end to think about what could’ve gone wrong, yet luckily he was a nice guy. But I digress.

My earliest memories from the move to the East Coast include us driving down the street and seeing Jews we didn’t know. The excitement that there could be so many Jews in this place that we didn’t know was palpable. “Look! A Jew!” we’d shout and point, staring until they were out of sight (I think the windows were rolled up). Fast forward 15 years, and I’m living in Brooklyn and there are so. many. Jews. What started as “hey, that’s cool” quickly morphed into “here we go again, sitting in traffic behind seven minivans while my-IF YOU CUT ME OFF AGAIN I WILL BLOWTORCH YOUR CAR. GET BACK IN LINE.”

My kids think it’s normal for the local 7-Eleven to carry a large selection of kosher food. I spent so much time complaining about how crowded it is here, but I’ll miss the Slurpee machine having an updated kosher flavors list posted to it. And oh, the Yiddish that signifies Boro Park. It’s like a Vishniac photo, with a happy ending (and expensive strollers).  And having Jewish-owned stores and businesses of every imaginable variety at arm’s length –it’s, I guess I can still say, “hey, that’s cool”.

Lack of coordinated traffic lights. Want to learn how to throw your problems to the wind? Enjoy that utterly helpless feeling of sitting through three red lights because the traffic lights aren’t coordinated, so now the traffic on the side streets is backed up for two blocks and you have to squeeze your car around double-parked cars like back in the day when there was a rod missing from the fence around the closed park and you were still in good enough shape to fit through. Freedom! How sweet it is! And, you’re late for your appointment again. We’ll have to reschedule.

It’s almost never personal. I wasted many hours wondering why neighbors weren’t friendly enough, why nobody cared when I had a baby, or invited us for meals. What stupidity. Like most things in life, it had nothing to do with me. People are so involved with themselves and their little circle that it’s supremely difficult for them to see beyond it to view others’ needs, and I honestly don’t mean that critically. They certainly weren’t thinking “Hey, let’s not invite Rochel over”.

Not surprisingly, once I let go of my small-town expectations in light of living among millions of people, people became friendlier. Not because they actually were becoming friendlier, but because I just didn’t care if they were or not. Maybe I’m hardened and jaded. Or maybe I’ve moved the expectations off other people and onto myself. The beauty of living among so many people is what I call the human friend buffet. Are you artistic? Yeshivish or modern orthodox? Knee-socks and sandals sort of person? You might have to search in corners and under floorboards, but you’ll find at least a few of your people in Brooklyn. It’s a good place to be.

This maddening, expensive, hair-raising, utterly convenient and cutting edge borough, where I might feel like I have no friends, but where I know the giant Jewish community will come together when required – forgive my constant complaints. After all, with this many Jews here, you should know there is no better sign of love. Just not enough for me to stay.