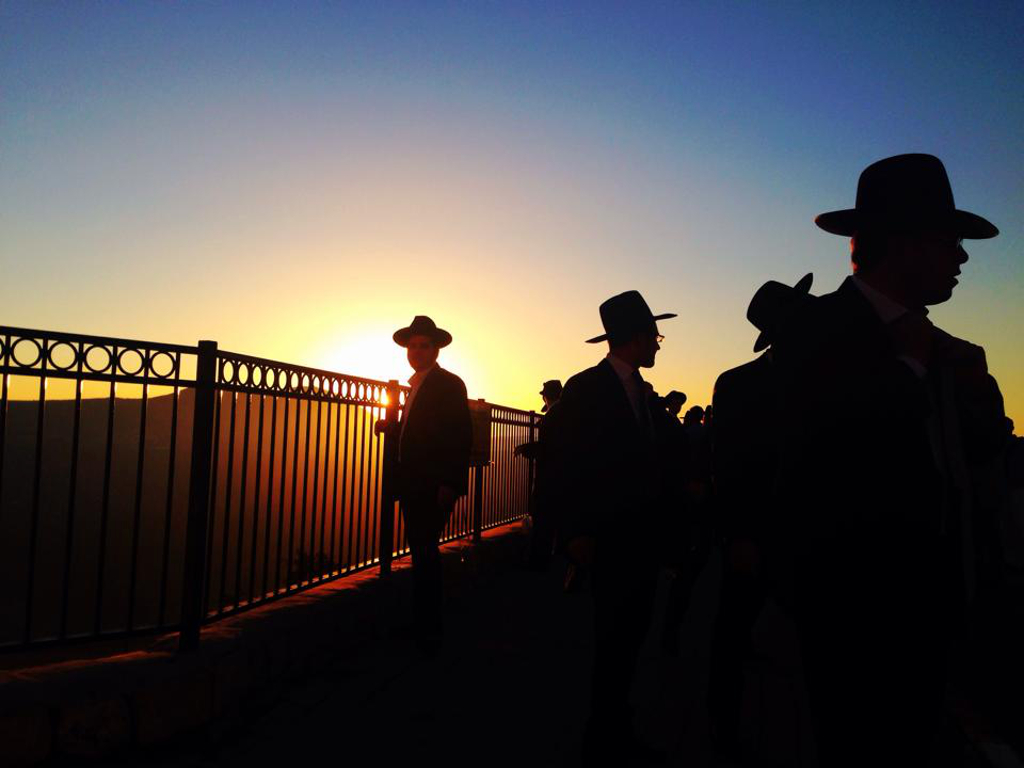 Why No One Should Go On Shlichus

“Stop trying to go on Shlichus,” my Rebbetzin told me. “It’s not for you.”

Those words nearly crushed me. Because going on Shlichus* was the only thing I wanted to do.

Shlichus is all I’ve ever wanted to do.

(Actually, no. That’s not true. At first, I wanted to be a ballerina. And then a dolphin trainer. And then an actress. But after that, I definitely wanted to go on Shlichus).

There’s this subliminal thread of thought strung throughout Lubavitch educational systems teaching that those who go on Shlichus are The Elite; the crème de la crème of the Chabad-Lubavitch movement.

That if you’re good enough, you’ll find a placement.

Shluchim** are the select few who are sent for life to near and far corners of the world with a mission: to be available for any Jew, any human, in need. Physically. Emotionally. Spiritually.

Though they may struggle financially, their feet never touch the ground. They work above nature. When given a choice to crawl or walk, they gather their tzitzis (or their skirts) and leap.  Their sure-footed steps are guided by the assurance that they live a life of purpose. Lives that may lack in community, kosher food, and education for their children – but are filled with warmth.

They do it not for glory or acclaim, but because they look at every soul as an integral component to their own. Just as parents would not rest while their children are lost, Shluchim are moved by the needs of their communities.

And since high school, I’ve been in awe of them. I wanted in.

I wanted my full-time occupation to be hosting the masses. And teaching Torah classes. And sitting and speaking to people about whatever was on their mind. My goals included learning how to respond to questions of faith. How to properly decorate for an event. How to cook for 100 people while struggling to pay rent.

And so I networked. I extended myself and endeavored to meet as many Shluchim as I could. To learn as much as possible from each and every one of them.

Because I was going.

But… my life took a different path.

Due to numerous factors, I returned from Israel to America and pursued a degree. And then a second. And now I’m working on my third.

And I’m happy with where my life has led. But still. There’s this thing.

And when I assist with Chabad programming and look around at these indefatigable black-hatted and bewigged humans, these leaders of men, I feel a mixture of both pride and sadness.

Pride because this is the song of my people. Sadness because I know that I’ll never get there.

I’ll probably never get to go on Shluchus.

And so I go and speak to my Rebbetzin and she looks at me sympatheically and then she slaps me with those words,

“Stop trying to go Shlichus. It’s not for you.”

No one should go on shlichus.

Because we don’t need more people ‘going on shlichus’.

What we need are Shluchim.

What we need are humans who realize that, whatever their life situation, they are sent there by G-d. To make an impact on the world in a way that only they, as individual people with individual life situations, can.

“When you understand that you are G-d’s Shliach at every moment, that you have a responsibility to humanity wherever you go, then no matter what your job description may be, you’ll be on Shlichus.”

And I hear her words and they make sense to me and I come away inspired.

But then I go back to my life of learning about serum creatinine concentrations and diagnostic criteria and I just can’t help thinking that this doesn’t compare.

This can’t compete with the true good that you can do when you’re on Shlichus.

But a few weeks ago, I boarded the subway elevator. The one that is long and hot and horrid and feels like the elevator taking you directly to hell (New Yorkers will understand).

And sitting there is Subway Elevator Woman. The one whose entire job description includes sitting and pressing the ‘Down’ and ‘Up’ buttons, ensuring that we get to the trains safely and expediently.

She rests there for hours each day and pushes buttons. With accompanying music and a little fan guarding her from heat stroke.

And after I alight, about 20 tweens flood in as they head home from school or camp or something.

And she presses ‘Down’.

And the only sound in the cage was Elevator Woman’s hip hop music.

And then, It happens.

Elevator Woman starts clapping and dancing with the top half of her body. Waving her head with attitude that I’ve never quite figured out how to have.

Motioning to the young girls that they should dance.

And then, one of the tweens starts moving. Rolling her body with a rhythm that I’ve never quite figured out how to have.

Her hands are in the air and the other girls in the elevator cheer her on.

And that elevator transforms into a place of joy. For less than 20 seconds, maybe, but it was magic.

And we all leave the elevator laughing and smiling and complimenting Dancing Girl and saying ‘thank you’ to Elevator Woman.

Because she not only pressed the down button, she transported us to another place.

And yea. I’m sure that ‘Elevator Woman’ is not this woman’s dream job. I doubt that’s what she wanted to be when she grew up. But she utilizes her position in a way that I doubt I’d have the courage to see.

Because she comprehends that our ability to impact the world for the better isn’t determined by our careers. It’s dictated by how we define ourselves and who we are.

And I thought that all of the best go on Shlichus. But I was wrong.

Because you may be a nurse. Or a secretary. Or a stay at home father. Or an ‘Elevator Woman.’

But no matter what you do, you can light up the sky with your fire.

Because regardless of whether we go on Shlichus, we are all Shluchim.

*Shlichus: The job title given to what Shluchim do. Example: He’s on Shlichus in Denmark.