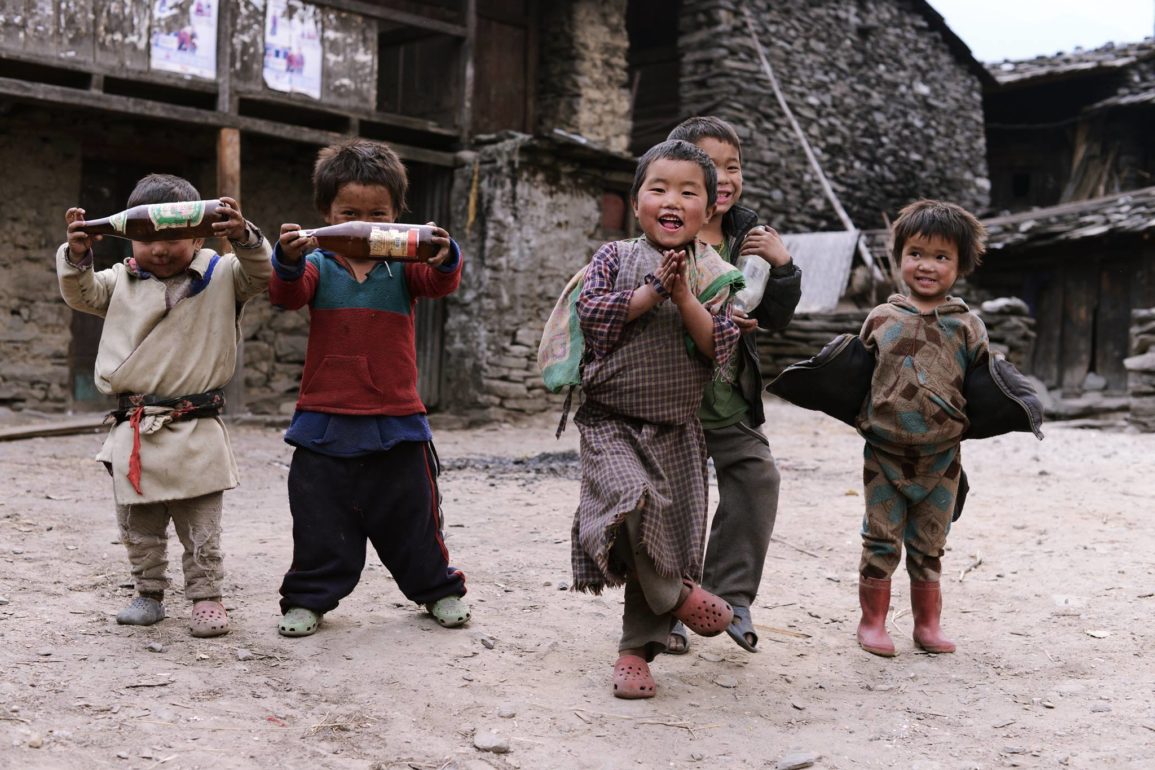 I was supposed to be backpacking through Thailand. I have no clue how I ended up here – in the heart of Cambodia.

All I know is that I landed in Bangkok and immediately felt it… the feeling of a city in the throes of trying too hard. The welcome signs lauded Thailand as ‘The Land of 1,000 Smiles’ – where local workers always served with elation. Like a highlight reel playing on repeat, there were indeed smiles: Only the best for you! Only the most fun! Only beautiful teeth!

But the smiles froze upon their cheeks.

My plane was filled with vacationers with a purpose. We. Must. Relax. They moved with mannerisms of people wanting to escape; they wore the tired expressions customary of people needing a break.

And the city? The city was determined to help.

Bangkok is much more organized than I thought it would be; the roads are paved and the traffic is orderly. The air is (semi) clear with a slight ever-present haze. But there is that underlying current of… Desperation. A sense that the city is formed not for the purpose of self, but for the satisfaction of its customers. It feels like the newly created sidewalks are cemented together by ‘please like me’s.

Like that first year in high school when I wasn’t sure whether anyone actually would.

The face of King Bhumibol Adulyadej meets you wherever you look. On the currency. In massive framed paintings upon the streets. On erect statues. His expression dares you not to enjoy. Big brother is watching.

Even the side streets far from the tourist center had that feeling of needing to be needed. I couldn’t shake it off.

And so I sat in an Israeli Chabad house in the Land of Smiles and spoke with brethren I had never met in a language I was semi-proficient in. And I debated. I deliberated whether to go northward or southward. Because I had to go. And for some reason… something inside whispered, “Why not go the direction of prayers? Why not face east?”

And in real life, these are the kind of decisions that I overthink and thus come to well-reached conclusions about. But I had entered traveling mode: when I stop thinking and start trusting.

So East I went. And as soon as I stepped off the plane, I felt her: Cambodia. She did not patronize. She did not plead. She strutted, ‘take me if you want me.’

Cambodia seems not to care whether or not you fall in love with her.  She greets you not with smiles, but with humidity and dust. Her oppressive heat plasters your hair to your face as you struggle to count your money, which is presented to you in tens of thousands, rather than by fives. She leaves you tired. She leaves you worn.

But she is authentic.

She proved herself with my cab driver, whom I shared with two French travelers and who emitted a high-pitched laugh at inappropriate times throughout our conversation. Such as when he told us about (and invited us to) his brother’s wedding in a few hours. The first night would be spent totally in prayer mode. The second? Completely in partying mode. Apparently, the bride’s family is rich and contributed $5000 to fund the wedding. But (also apparently), his brother deserves her because he was an educated man with a degree from a University in Thailand.

There was his honest description of life in Phnom Penh as he weaved through a crush of tuk tuks, Lexuses (Lexusi?), and motorbikes driven by prepubescent children who were being tightly grasped around the waist by even smaller children.

“Here, a lot of Lexus – lot of rich. Here also, lot of walking – lot of poor.” The disparity between the classes was immediately evident.

Cambodia proved herself within the Chabad house courtyard, which was blessedly shaded and empty but for the Rabbi learning with a child. He welcomed me and asked me to wait for him inside. Because by his side sat the future. And the future generation’s thirst to learn alef was not be undervalued or delayed.

She proved herself by the fact that that when I entered the Jewish Center, I was greeted by a Khmer woman and a 6-and-a-half-almost-7-year-old boy. The woman gave me water. Followed by more water. Followed by the proffering of an entire bottle upon seeing my camel-like thirst. The boy gave me company.

Me: Ata gam midaber anglit? (Do you also speak English?)
Him: Ken. Vigam Yiddish. (Yes, and also Yiddish.)
Me: Vimah ata maadif? (Which do you prefer?)
Him: Mah yoter noach lach? (Which one is more comfortable for you?)

She proved herself with the wizened barefoot woman who waited beneath a tree for the young man in the branches above to throw down gems of sustenance.

I stopped to ask permission for a photo. She stopped to hand me a fruit that I had never seen before… A tuk dah- a milk fruit.

The juice formed a sticky trail down my hands as I proffered her half in return.  But she wrapped her hand around mine and motioned that I should eat. It was sweet to the point of pain. Both the fruit, as well as the gesture.

She proves herself with the way the locals stand or crouch on street corners. In Nepal, they are always watching with knowing stares. Here, they are always talking with grinning eyes. Albeit that this is not the Land of Smiles.

Cambodia proved all of this within four hours of my arrival.

It’s true, I didn’t really give Thailand a fair chance. I judged a few square miles of Bangkok.  It’s akin to someone exploring 34th St in Manhattan and deciding to ditch the entire United States. And maybe one day I’ll have the opportunity to judge it fairly. And maybe I won’t. But I’m ok with that.

Because for some odd reason, G-d led me here. To this place. To this moment. With my back permanently stuck to a meltingly hot seat and cursing myself for not going to the bathroom before stepping on this 7-hour bus ride over worn dirt terrain. And He has deemed that I should be placed next to a local girl and that I should hungrily watch her munching on corn-on-the-cob and know that tonight, I’ll be eating rice. Along with every night henceforth.

But that’s okay. Because I’m bonding with Cambodia, temperamental as she may be.  I have turned off my cell phone, dealt with all of my other commitments and now, she and I are getting to know one another. My mind, body, and soul are all here: located on this flypaper seat next to this corn-chewing local.

And honestly? It’s easier for me while traveling – but whether you’re in Phnom Penh, or Brooklyn, or Jerusalem, Here is an extraordinarily wonderful place to be.