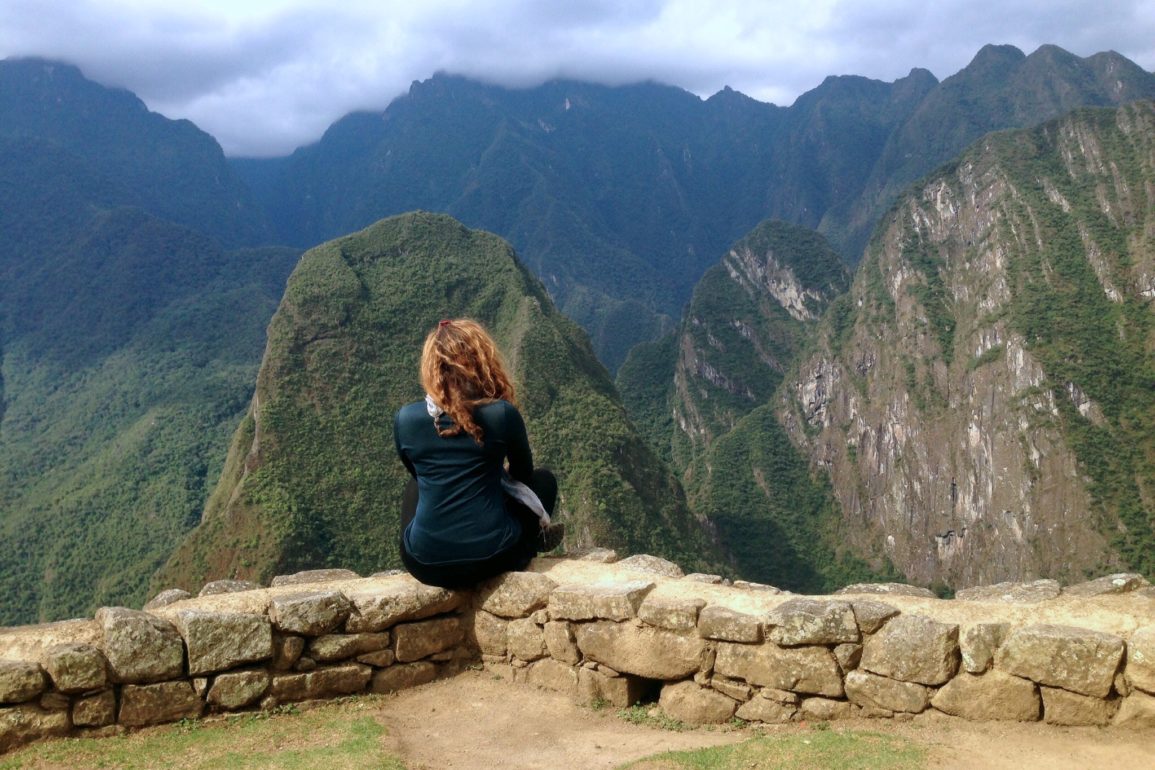 Machu Picchu Is Not A World Wonder

Normally, us Wanderers wonder about many things.

I am no different. I wonder about nearly everything.

And obviously, I wonder about the 7 Wonders of the World.  What does it take to make don’t think it into the canon of ‘wonderful’ things (And what at can I do to make it up there)?

So finally, at the end of 4 years of dreaming and 5 days of hiking, I have arrived at Machu Picchu. One of the greatest of the 7 Wonders. And it’s beautiful. Really it is. It’s a stunning work of architecture and history.

But honestly? It does not feel wonderful.

Instead, it feels crowded and touristy and loud. And even though we woke at 3:50AM in order to get to the top before sunrise, the start of the day was still viewed through cameras and selfie sticks and iPads. And as I sit on ancient stones and gaze upon even more ancient mountains, I can’t help but think that these rocks may be great, but they are not one of the World Wonders.

I have already seen the 7 Wonders of the World.

One was discovered in the village I visited two days ago. My back leaned against a step adorning the sides of a dirt road. I’m not quite sure which was more covered in dust: the road leading to the hills or my face.

And I sat there reading my kindle with one eye and watching the street with the other. Half my mind was on the novel. Half my mind on the familiar unfamiliarity of my surroundings:

The mix of children, stray dogs, the elderly. The spritely flight of two young girls dressed in pink. Their laughter.

And then, they were next to me. The (clear) leader started gesticulating wildly and babbling in Spanish. (Why didn’t I take those Spanish lessons more seriously)? ‘No habla espaniol.’

With broken Spanish, I discovered their ages (6 and 5) Their names (Ava and Maria) and where they lived (3 doors down). And then she starts talking about my hair (I knew she was talking about my hair because she kept tugging at it). And how my hair is yellow and hers is black. And she grabs a long strand of it and puts it next to her face and turns to her friend and (I suppose) asks her how she looks. And the 5 year old bubbles with laughter.

And the fascination with my hair continues as she filibusters about everything or something or other.

And we take some pictures together (the Leader thouroghly enjoys using my iPhone) and, before I leave, I take a knife out of my bag and cut off a ringlet of my hair and give it to her.

Her look of excitement as she held the ringlet? That is one of the Seven Wonders of the World.

Another was unearthed a few nights ago when I dropped a snickers bar in front of my tour guides. Ricardo said that he had eaten one once before. Tomas had not.

Ricardo: You open it.

Ricardo opens it gently. Reverently. They split it in half and Ricardo tries insisting that I eat a piece. That any of the rest of the group eat a piece.

That it would be more wonderful if it were shared.

And then they eat their halves. Slowly. With looks of awe. They eat that chocolate bar with the focus and emotion that that I endeavor to feel when I pray.

The appreciation they had for something so simple? That is one of the Wonders of the World.

Another was when I first arrived in Peru a week ago. For the first time on any of my trips, everything had gone wrong: some hopes that I had set for my future were proven misplaced the night before my trip, every flight I had was cancelled or delayed or missed (total number of booked flights? 7).

48 hours after I began my travels, I was tired. And hungry. And emotional. And suffering from severe white girl problems.

And then, they lost my bag.

And so I did what anyone in my situation would do. I patiently stood in the ‘missed flights/bags’ line in the airport. And I sobbed (Because obviously that helps with such things).

In my mind, I knew that I was just exhausted and disappointed due to other areas in my life. That really, my problems were not problems at all. That I was more fortunate than many in the world. But as much as I told myself that, the tears came all the same. Until one of the airline workers approached me with a roll of toilet paper and told me that he would help me as long as I stopped crying.

And he led a sniffling me over to the checkout line. As he attempted to locate which continent my bag was in, I apologized profusely for my totally undeserved heaving sobs.

Him: I know. I understanding. I, too, received very bad news today. I also am sad. Because of this, I come to work. That’s why we live lives. To make other peoples’ days a little better.

That one man’s kindness to a stranger? That is the third Wonder of the World.

And the rest? The rest are smaller. And yet… somehow, they are just as large.

Like two weeks ago, when a friend and I got caught in a modern day flood of Noahide proportions while dressed in our wedding finest (And by ‘caught’, I might mean ‘intentionally dove into’). I rushed into the wedding while fending off hugs (‘you might not want to touch me right now’) and leaving wet footprints and water droplets in my wake.

The feeling of being totally immersed in rain? That is World Wonder number 4.

Or the family games of scrabble that are organized at every family gathering ever. The compition. The arguing. The inevitable demand of the mother of 4 that she receive another 30 seconds because someone on the opposite end of the house whispered during her turn.

The fact that that woman is one of the people who I can count on forever and always? That is wonder number 5.

Wonders are the laugh of a friend or the embrace of a loved one or the smell of fire left on your clothes after a night of camping. The feeling of being warm on a cold night. The sound of running water.

The hope of someone who has been momentarily defeated. The delirious mirror-shattering singing of two people who love a song and don’t care that they can’t sing. The sore feeling in your legs after pushing your body more than it knows how (because, after all, that’s what bodies are for).

There is forgiveness and the grasp of a child’s tiny fingers around your own and a sudden sweet memory of one no longer here.

Those are the Wonders of the World. And they are innumerable and they are ever-present and they are often neglected because they appear so frequently in our lives.

And I have been to Ankor Wat and the Great Barrier Reef and the Eiffel Tower.

And after months spent traveling… After all of that… I’ve discovered that there’s absolutely nothing that compares to the Wonder of the loved ones who you can call Home.

Because everyday occurrences are miracles, too.