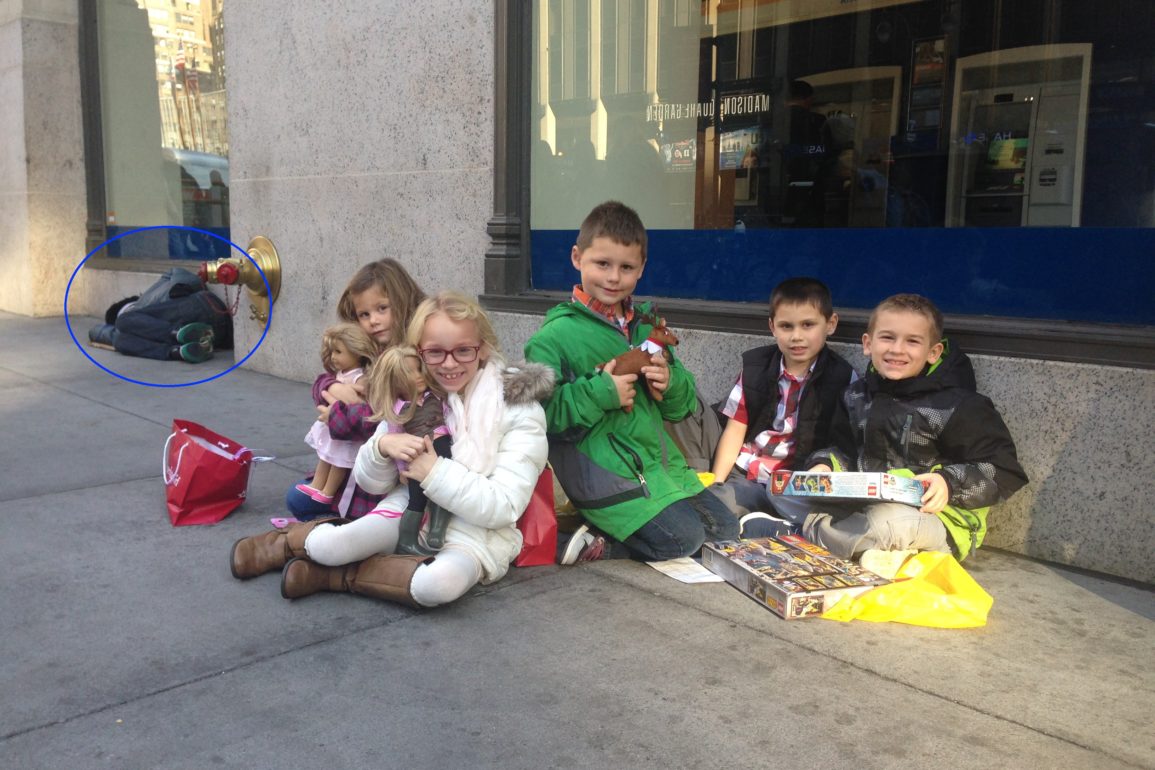 I Took This Picture And Didn’t Even Notice…

If you devote enough attention to looking, you often see things.

Subtle looks and interactions which sparkle when stared at directly.

Manhattan is a place where seeing things is made easy. There are so many people that emotions and memories are as easy to breathe in as oxygen and second-hand smoke.

There’s that guy who sits with a sign publicizing, ‘Poetry Upon Request’ (tried and tested and officially wonderful).  There’s that aged lady in a paper baker’s hat with an entire table of homemade cakes selling for a dollar a slice.

There are those Dominicans who drag lawn chairs and speaker systems and hookah outside in the warmer months and laugh and joke and talk about everyone in their lives and everyone who walks by.

There are those couples folded into one another as if they’re two strands of a braid and that young man who keeps standing up and giving away his seat on the subway whenever any woman or older person enters the car for a few stops.

There’s that father with a British accent reading Roald Dahl (voices included) to his child in the train.

Because he has her for the weekend. And he needs to make every moment memorable.

But sometimes, you pass things that you don’t truly see until later. Because you’re distracted. Or involved in your own world. Or just don’t have the mental space to absorb everything.

I was walking in Midtown when I saw these children playing with new Christmas toys. The boys were excitedly looking at their legos and the girls were involved in the riveting world of American Girl dolls.

I laughed at their enthusiasm and the incredible gender-stereotypical divide and spoke to their mothers and asked for permission to capture the moment.

I took the photo, expecting to keep it as a cute memory of the day and a commentary of the amazing simplicity of being a child and society at large.

But upon viewing the photo later that night, I saw something I hadn’t even noticed.

I saw the homeless man sleeping on the cement just a few feet away.

These children and this man were occupying the same 3 meters, but were living entirely different realities.

They were building dreams formed from imagination. He was imagining a night spent dreaming anywhere other than next to a building.

The kids had warm coats and new toys and family to support them and this homeless gentleman had… Well. It looked like he had nothing.

And I hadn’t looked twice in his direction.

Because these children were bright and shiny and novel and he… was not.

The new year is coming. Along with it come resolutions. And wishes. Wishes that it should be a good year. A year of health. A year of fortune. A year of joy.

A year during which we shouldn’t have to want for anything.

But sometimes, when we have, it’s easy to forget about the times we had-not.

About the people who have-not.

When we are happy and carefree, we sometimes forget what it feels like to be lonely and suffer from self-doubt.

We sometimes forget that one of the reasons that we are blessed with things is so that we should be able to help others. To bring joy to others.

That we should help the single people find their people. That we should notice those who have less and donate charity with an open hand, that we should be kind with our comments, because we never know what hell a person is going through. And the impact our words can have.

The world-shifting impact our words can have.

And the world-shifting impact a smile could have.

So, this new year, may you have that financial success. That marital harmony. That physical, emotional, and mental health.

May you have warm jackets and new toys and positive family relationships.

But may you be blessed to simultaneously remain sensitive to others.

And may we all have a year in which we notice.