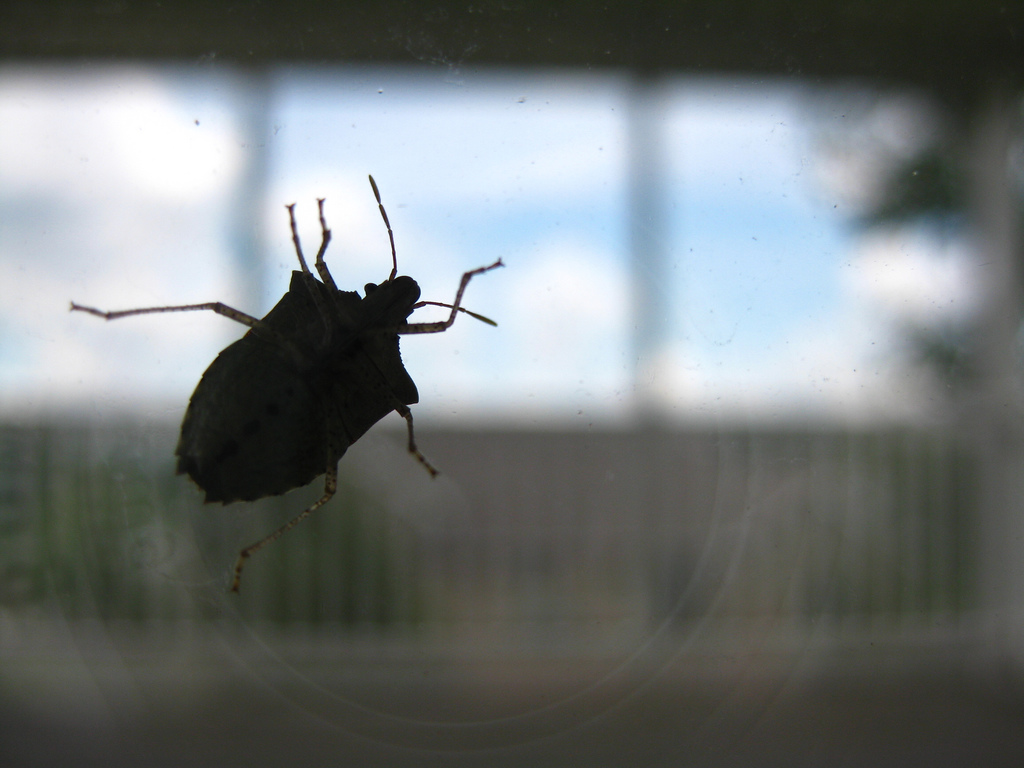 That Time I Thought I Was Living In A Plague

In retrospect, I should’ve seen it coming. The portents were there, but I was too eager, too naive, too uneducated to notice them. I was charmed by the character of the house, built in the late 20s, with soaring ceilings and so much light, so much light from all the tall windows.

“Hmmm, strange that there are so many of those little bug carcasses in the tub. Gross. I wonder why no one bothered to clean that out,” was a fleeting thought that was quickly overshadowed by other, more pressurizing thoughts:

“You need to buy this house! It’s going to fly off the market at this price!”

“Sure, it needs some work, but it’s got all that charm!”

“You will never find another house like this with a lot this size at this price buy buy buy buy.”

After clearly and repeatedly expressing to my husband my desire to get this particular house, we were fortunately able to buy it. It was our first house and boy, was it our first house. But we were young and adventurous and unfazed by the many, many quirks we kept discovering.

Things were more or less plugging away, life as usual and all that. Until they descended upon us.

First it was just an errant one, flying noisily (so noisily! What a racket!) around my light, dumbly trying to fly into it as if the pale imitation of daylight could provide any sort of escape. But these bugs aren’t exactly known for their intellectual prowess, are they?

I didn’t know what they were at first. Pillbugs, daddy longlegs, even chinese waterbugs (which I will forever call cockroaches, thank you very much), I know those. But what were these loud shield-shaped bugs buzzing around my lights, startling me as I tried to read in bed?

They weren’t even indigenous to Baltimore, really. I read something somewhere (surely that’s a reliable source, right?) about how they came over from Asia and, like kudzu in the south, are entirely unstoppable.

I soon learned just how unavoidable they were.

It was amusing, initially. I would marvel at their stupidity, how easily they would crawl onto a piece of paper or note card, only to be flushed down the toilet (I chose death by water because if you smoosh them, they stink. Hence the name). But eventually their numbers grew so exponentially that I soon became completely overwhelmed.

And then came the day that I found one in my sheitel. My sheitel. Which goes on my head. Which is right by my face.

It was too much.

Frantically, I investigated my dresser and found, much to my dismay, that I had found the motherlode. The nest. Ground zero of our stink bug infestation.

The window nearest my bed seemed to be their favorite place to enter our house. Our old, old house with all its many, many, terrifyingly many, entrance points for stink bugs.

They crawled through the window and found a nice, cozy, dark, soft home among my tichels, my socks, even my undergarments, for crying out loud. They were everywhere.

I killed over three dozen that afternoon. And after that, it was war.

But I was never quite sure who was winning. No matter how many I killed, no matter how zealously I tried to close the gaps with duck tape, they kept appearing, relentlessly.

We called a pest control company, but they told us that there’s really not much to do for these bugs. Apparently once they get into your walls, it’s curtains. It’s just you and the bugs together, forever. We had them come out and spray anyways. Because you never know what’s going to work.

I’ll tell you what did work. Moving to Cleveland. That did amazing things for freeing my life from stink bugs. A serious case of shinui makom, shinui mazel. Stink bug mazel, at least.

But even with the nearly 400 miles between us, I still suffer from an occasional stink bug sighting. They must have ridden along with us. Even as recently as a couple months ago, I spotted a stink bug carcass. Just seeing even the dried-out husk of one of them is enough to send chills down my spine and transports me back to the front lines of the days when I was killing half a dozen of them before breakfast.

The experience was so formidable that it’s hard to pick which lesson to learn from it.. There’s the one using the stink bug as a mashal for the yetzer hara, always trying to find a way in. There’s the one of learning to be as persistent and plodding as a stinkbug, undefeatable, really. There’s the one of being grateful for the challenges we are given, because in the grand scheme of things, a stink bug infestation is really pretty minor.

But my lesson to you is this: if you are looking to buy a house and there are a bunch of dead stinkbugs in the bathtub – BACK AWAY. Run away and don’t look back. Buy a house with better insulation and with features that will keep stink bugs to a minimum.