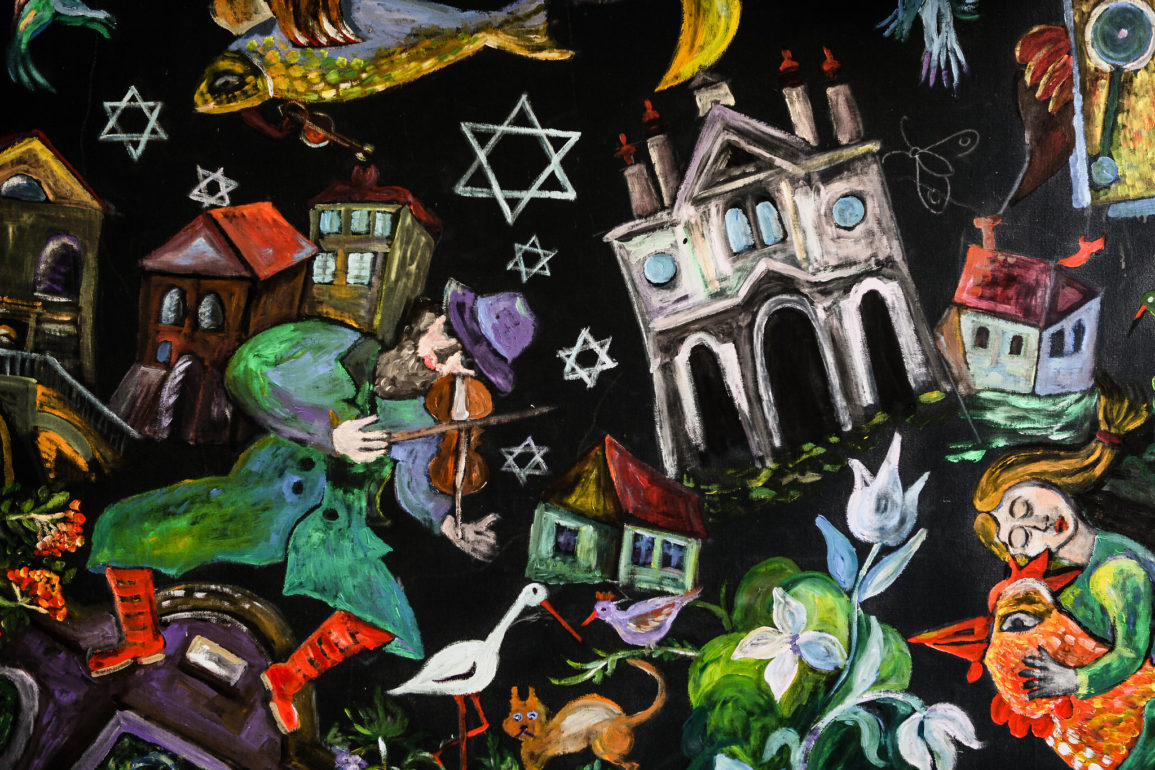 Did I ever tell you about the time I taught clarinet and saxophone to religious girls in Bnei Brak?

It was during the year I spent at Neve Yerushalayim. A rebbetzin I was close to had a friend who ran a women’s orchestra, and, wouldn’t you know it, one of their clarinetists was out on maternity leave. So off I went, attending rehearsals and getting paid – PAID – to play music.

It was the first time I had played in an orchestra since I got rejected from grad school, and the euphoria I felt sitting in rehearsal was overpowering. But I digress.

The principal clarinetist was a fabulous, friendly women who lived in Neve Yaakov. She had this teaching gig in Bnei Brak, but was finding it hard to make it work with her schedule. She asked me if I would be interested. It was just one night a week.

There were a lot of reasons I could’ve said no. I didn’t have so much teaching experience. I barely spoke Hebrew. It was an hour bus ride, both ways. I didn’t have a saxophone, and even if I did, I really didn’t know how to play it, not well enough to have any business teaching it. I would have to get permission to miss night classes on the day I taught.

A different rebbetzin I was close with just so happened to have a soprano sax in her storage closet. Because that’s how it seems to work in Israel. Hashgacha pratis, Divine providence, all the time.

One day after class we walked together down the steep hill and around the dusty bend to her home. Entering her personal space felt like walking into a novel; it didn’t feel real. It’s like that sometimes when you see someone outside of their normal context (Well, the normal context that you see them in. You know what I mean).

I left her apartment with a slender instrument case in my hand, and Monday afternoon I boarded a bus from the Tachana Mercazit and travelled to Rechov Rabbi Akiva.

Each week I was perched nervously at the edge of my seat, never quite feeling confident that I wouldn’t miss my stop. Sometimes, if the bus were empty enough, I would sit right behind the driver and he would help me exit at the right place.

“How many months have you been here?” he would ask.

“Your Hebrew is very good,” he would say.

I would feel all proud of myself and then go teach a lesson where I would be promptly reminded of how not good my Hebrew actually was.

On the weeks where I would get off at the right stop, I would exit the bus, clarinet in one hand, saxophone in the other. I would wind my way up the side street and climb the narrow stairs that led to the music school, whose name I can no longer recall, if I ever even knew it in the first place.

On the weeks where I would either get off too early out of nerves, or too late out of hesitation, I would wander past the busy shops, people-watching as the residents of the city did their shopping, sifting through bins of clothing set out on the sidewalk in front of the stores, picking up a hat or tichel or pair of shoes. Competing music from different stores would add to the glorious cacophony of Ivrit, car horns and the noises of life.

From the way she rolled her “r’s” the receptionist must have come from a Russian-speaking country. She was brash and warm and always greeted me with an outpouring of love and humor. The director of the school, a petite, animated woman, would also greet me effusively.

They would both laugh at me good-naturedly when I would inevitably speak French instead of Hebrew, the foreign languages in my head all clamoring to get out, no matter the conversational context.

I had at least one clarinet and one saxophone student (how sad that I can’t remember if I had more than that). We communicated through a lot of hand gestures and mimicry, where I would play something on an instrument and they would try to replicate it.

The clarinet lesson book I worked out of was completely in Hebrew, which was great for my student. I could get the gist, usually, but mostly it was too complicated for my rudimentary grasp of Hebrew. Somehow we made it work.

Despite all these barriers, all the ways that I could look back at these memories and feel embarrassed or regretful, I only feel a warm glow of pleasure.

It was an astonishing adventure. I pushed myself beyond the boundaries of what I thought was possible and I gained a bundle of incredible memories and experiences.

Sometimes it feels like my life now, with its blessed routine of morning rush, housework, carpool, dinner prep and bedtime, is not compatible with astonishing adventures. But that’s the wrong way for me to think.

Say yes anyways. Stretch beyond where you think your boundaries are. Do the impossible. Go have an adventure.