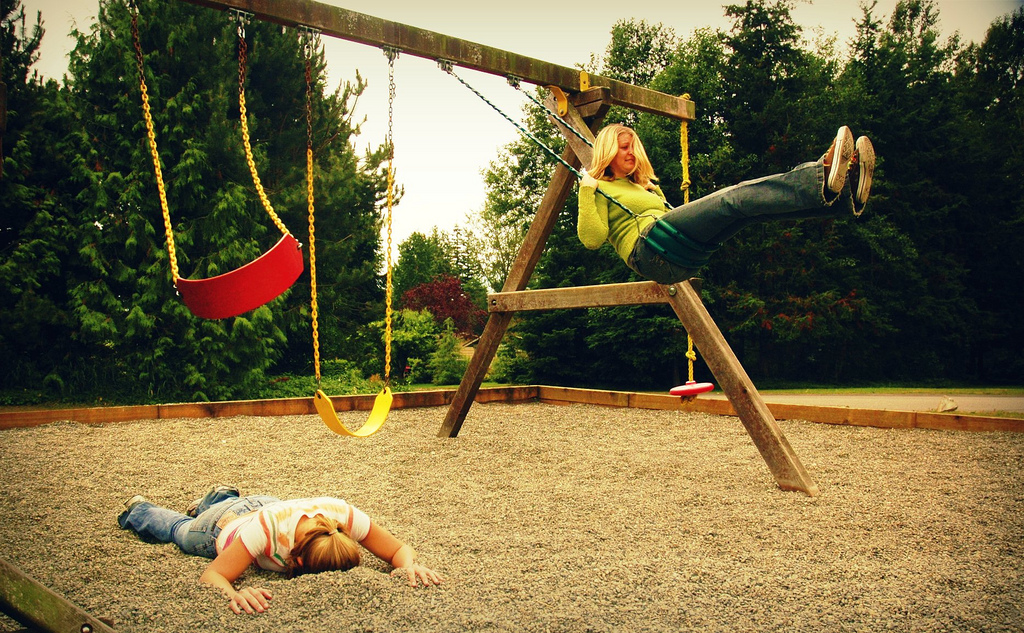 Four Ways To Deal With Your Inner Critic

It would be a reasonable assumption that the more success a person experiences, the more confident that person would be. Maybe that’s how it works for some people, but it certainly hasn’t been my experience.

Despite any modest success that I have been fortunate enough to experience, I still have an extremely active and vocal inner critic who doesn’t hesitate to point out all of my failings and all the potential problems and disasters that await me.

As I sat down to write this piece, my inner critic was on full blast, telling me all about how my writing wasn’t as powerful as other writers, how I play it safe too often, how I don’t take risks (my inner voice can be very repetitive), how I’m not “Hevria” enough, how I don’t have the time to do this, how I am doing too much, how I need to pay attention to the laundry, dinner, the house, to myself.

Do you see what I mean? It’s endless!

And it extends beyond writing into other areas of my life.

Just this week, I played a concert with an orchestra that I recently joined (the same orchestra that had an opening my teacher told me about). I didn’t play as well as I would have liked, and so the rational side of me assessed the situation to learn from the mistakes and find ways to prevent them in the future. The irrational side of me, my shrill inner critic, repeated over and over again that the director was going to rescind my membership because he obviously regretted choosing me.

So what do I do when I want to just give up, throw my hands up in the air and go binge-watch something on Netflix?

I cannot emphasize enough how helpful it is to have support when the critic is getting overwhelming. Send an email to a handful of people who you trust. Find a writing group. Pick up the phone and call a friend.

When I reach out to other people it does a few things: It shakes me out of the funk that I’ve been getting mired in, and because people can be awesome, I can get suggestions, encouragement, empathy, all sorts of helpful things that give me a boost to get started on whatever it is that I didn’t feel I could do.

Just getting other people’s perspectives can open up my thinking process, even if I don’t take any of the advice.

Staring with mounting anxiety at my computer screen while my mind is racing down the list of things I need to do does nothing for my productivity. It’s paralyzing. And sedentary. And overwhelming.

To remind myself that I am, in fact, capable of completing a task, I do just that. I tidy up a small area of my house, like my desk. I respond to one or two emails. Finishing a small task can give me the feeling of accomplishment that I can then transfer to writing.

I can tell my inner critic “is a person who just put in a load of laundry a failure? I THINK NOT.

Many, many times I’ve thought I had a great idea for a piece, started writing, but anything that came out on that subject felt flat. However, that is what drafts are for. The occasions when I’ve lucked out and been on fire with inspiration are great, but, ultimately, misleading.

A lot of writing is more like a warm-up, like the stretches before exercising (at least, that’s what I hear you’re supposed to do before exercise). Just because I’m writing it doesn’t mean it will ever get published. Or should ever be published.

Sometimes it’s just a matter of getting the wheels slowly rolling, to help whatever piece is really in there to make its way out to the world.

4. Listen To The Criticism

When you get down to it, my inner critic really just wants me to become better or save me from pain, but doesn’t have the people skills to tell me in a nice way. When she screams “everyone’s going to think your writing is pointless!” what she’s trying to tell me is that she’s worried I’ll be sad if my piece isn’t so successful.

After I acknowledge her real message, I can respond, “So what if people think my writing isn’t good. I can’t please everyone, and since writing is something that is good for me, I’m going to keep doing it regardless of the feedback.”

Listening to and accepting the criticism also gives me an opportunity to shift my thinking from the negative to the positive. Instead of worrying that the piece I’m writing won’t resonate with a wide audience, I can remember to be grateful that I am writing at all, that I have an outlet for this part of my creative life.

Here’s to embracing that inner critic, which, while not always the most pleasant part of my psyche, is, at the end of the day, just another part of who I am. And a part of all of us. So if someone in your life is struggling with their inner critic, maybe you can help them see the good that is within them too.