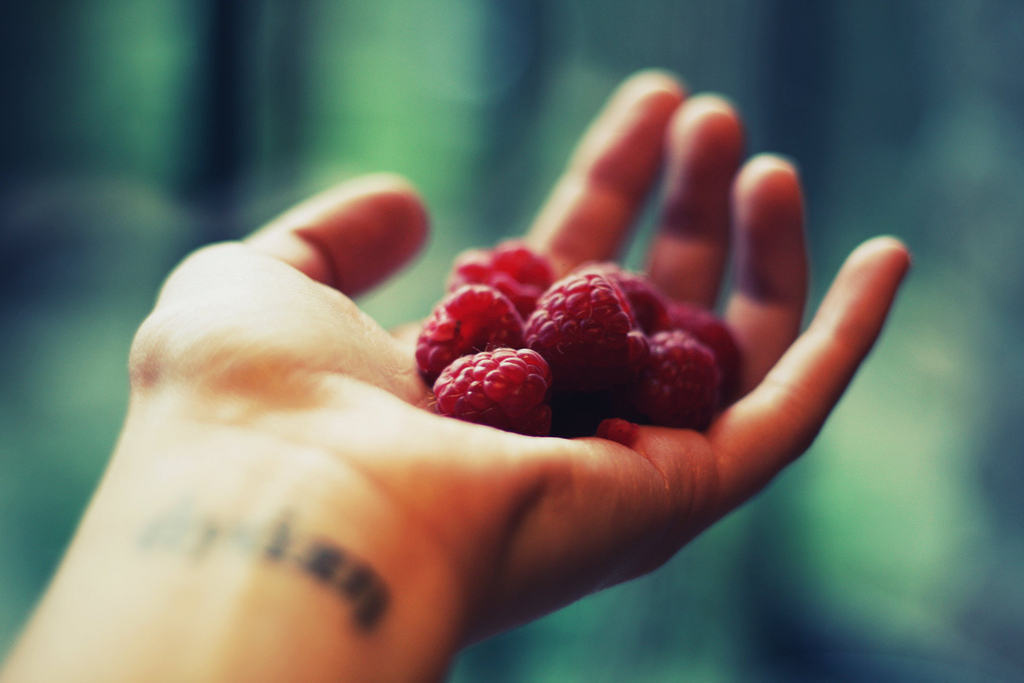 Why I Can’t Show You My Tattoo

I was always quirky. One of my elementary-school teachers told my mother that I didn’t just march to the beat of my own drum; I had my own orchestra. In high school, I wore thrift-store dresses to formal dances and had the most fabulous navy-blue leisure suit with rainbow stripes up the sides of the legs. I did my own thing, and I was comfortable with that.

In college my quirkiness became colored by angst and my external appearance became an outlet for self-expression. The more outlandish, the better. I dressed like Tank Girl for a week. My hair was a multitude of colors. My body was a canvas. I aimed to become walking art.

You can imagine the comical collision of worlds as I was becoming frum. One on side was me with my colorful everything and a bumper sticker proclaiming that “well-behaved women rarely make history.” On the other side was a midwestern yeshivish Orthodox community, reserved and conservative.

Somewhat ironically, I gravitated toward the more right-wing families in the community. They became my ideal, the archetype of what it meant to be Jewish.

I had also decided that the way to convince the Beis Din to convert me was to assimilate as effectively as I could into frum society. I wanted to demonstrate that I could absolutely do this. I could seamlessly blend in with the Bais Yaakov girls. I could become part of the wallpaper, just another ponytailed girl wearing an Oxford shirt, pleated skirt and loafers.

It was like one big anthropologic adventure! I asked exactly zero people if this was a healthy or good idea.

At some point, I noticed that many girls and women in my chosen subset of Orthodoxy wore skirts known as “duty-length.” I guess this is just the old-fashioned way of saying midi skirts. Whatever. It’s calf-length.

During winter, the glorious season of opaque tights, I could rock a midi skirt with the best of them. But the summer, ah, the summer was a problem.

You see, I have a large wrap-around tattoo on my ankle (it’s a music staff with a treble clef on it. Yes, it is pretty great).

Throughout my conversion process, I felt this constant underlying fear that if the Beis Din knew about my past, about all the crazy and colorful things I had done, they wouldn’t let me join up.

This fear was reinforced by off-hand comments, like the time I was sitting in a heimish living room with a ba’alas teshuvah. She remarked that I was really good at keeping my legs covered. I demurred, telling her that it wasn’t that I was good at it, just I had this tattoo. I rolled down my sock to show her. Inhaling sharply, she whispered “you should never, ever show that to anyone.”

I didn’t discuss this conversation with a rebbetzin, or anyone in a position of authority. What if I showed them and I was suddenly deemed unfit to join the Jewish people? I didn’t even think critically about the exchange. Instead, I took her reaction and buried it deep within my psyche.

Rather than doing a much more sensible thing and just wearing maxi skirts (it’s possible they weren’t really in style yet. I can’t remember that far back), I embarked on a decade-long journey of trying to be someone I am not, which is someone who can wear a midi skirt in the summer with clear tights and not have a tattoo showing.

At first, I experimented with wrapping an ace bandage around my ankle. It was a little weird, but it almost worked. However, when well-meaning people asked me what I did to hurt my ankle, I became flustered.

The next thing I tried was to wear opaque flesh-colored tights. Which was, obviously, still weird. No one else did that.

Then I discovered this makeup called Dermablend. It’s professional quality makeup for, among other things, COVERING UP TATTOOS.

I thought this was going to be the answer to my dreams. I would finally look like everyone else! I would blend in! I would be normal!

Alas, even with mixing two different colors of makeup, I could never quite match the color of  my leg. Unless I wore very thick stockings (think denier 40-60), it would look like there was a band of different colored skin all the way around my left ankle. Which is weird.

Along my convoluted line of thinking, this was the best possible scenario for looking like “everyone else,” so I went with it.

For the past ten years, I’ve been slathering on the makeup and squeezing into thick stockings, wearing my midi skirts and pretending like I fit in. But I know I’m pretending, because I glance anxiously down at my leg about fifty-seven times a day, to reassure myself that the makeup line is not noticeable, that the tights are masking it effectively. Whenever I interact with other people, my leg is on my mind.

Even as I’ve become more relaxed about telling people about my past, as I’ve seen how people are a lot less judgmental than I fear they will be, I still cannot bring myself to walk around with my tattoo showing.

I know it’s ridiculous, and I can’t even really explain why I’ve let it go on for so long.

I think part of it is that I’ve cultivated a certain image of myself, and I like this image. I like being yeshivish (yeshivish lite is probably a more accurate description). I love my community, I love living here, even if it means that I am not comfortable walking around with choices from my past on display. Life is full of sacrifices, and this one seems like a small one to make.

In the end, things turned out okay. I feel like my past and present have integrated. But at what cost? Was all the angst and fear a necessary part of the process of blending into a different culture, or could I have done it in a more measured, healthy way? Maybe I would’ve found a way to fit in that made more sense for me instead of trying for so long to squeeze myself into a paradigm that caused me so much needless anxiety.

Even though I don’t regret trying to fit in, I do regret feeling so much shame and self-loathing about my past. I regret feeling like this tattoo was some big, dark secret that I had to keep from everyone. I wish I would’ve felt safe talking about my past. Except for a few unpleasant encounters, all the pressure to keep it hidden came exclusively from my own insecurities and inferences.

Maybe someday this tattoo will be gone and you’ll see me walking in the summer with normal stockings. Maybe someday I will stop caring and just let it all hang out. I don’t know. I do know that I am done with putting makeup on my leg. I am done trying to fit myself into an ideal that, for me, is not ideal at all.