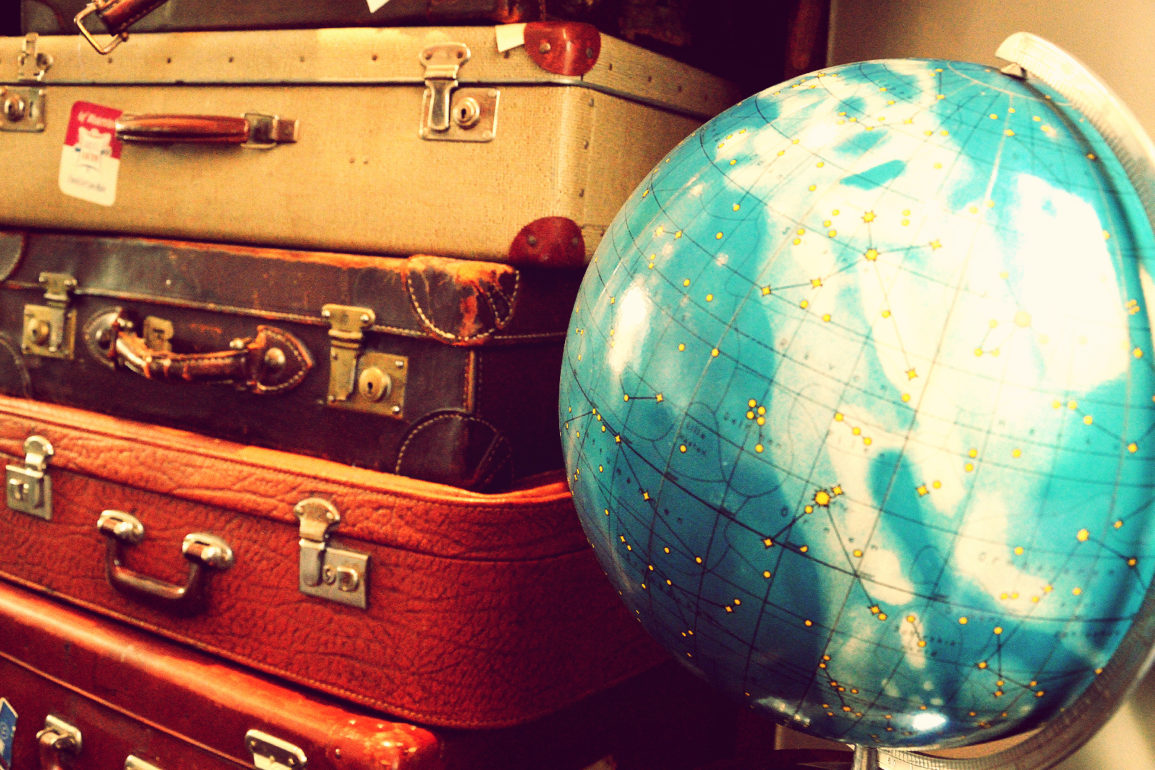 A Ba’al Teshuvah, A Convert And A Tourist

In between my sophomore and junior years in college, I spent a semester in Salzburg, Austria. It was an amazing few months, transformative really. I have so many beautiful memories of walking past astonishing architecture on the way to class, attending free concerts in Baroque palaces, and gazing at the Alps whenever I wanted.

I also recall sitting in a restaurant when a pair of American tourists walked in. They didn’t just walk in, exactly. The lumbered into the room in a cloud of too-loud colloquialisms.

“Will you look at that?”

That’s probably not what they said, but it’s essentially how I remember them. I remember being angry that they were being so unabashedly American. American in the pejorative sense. Why weren’t they embarrassed to stick out like sore thumbs? Why didn’t they at least try to fly under the radar? To fit in?

A question I didn’t ask: Why did I care?

Maybe this is the earliest memory I have of hating looking like a tourist. It’s the reason I would make a concerted effort to learn the language and the customs of the place I’m visiting. Or at least be apologetic about not knowing what to do or say.

I would avoid the classic tourist traps, preferring to seek out a little cafe on a quieter street where I could have a more authentic cultural experience.

I haven’t outgrown this. A couple years ago, when we were living in Baltimore, my husband took me to Washington D.C. to take a tour of the U.S. Capitol Building. A tour, like, in a tour group with a tour guide. Where it would be impossible to blend in. To avoid the reality that I was a tourist. Not just a tourist, but a tourist doing a touristy thing.

My husband loved the tour. He raised his hand to answer the tour guide’s questions (an A student, my husband). He didn’t care at all that we were doing something mortifying.

Because, objectively, it wasn’t mortifying.

I didn’t enjoy the tour at all, and while I thanked my husband for the great date idea, I also requested no more tours in the future.

I didn’t want to feel like a tourist. Even if I was a tourist.

It doesn’t make much sense.

Yesterday, I was reflecting on how being a ba’al teshuva or a convert is basically like being a tourist, except it’s a permanent state and there’s no Fodor’s travel guide to help you out.

And, for someone like me, with my visceral aversion to being a tourist, it’s kind of torturous.

One of the things I love about Judaism is how it provides such a rich and detailed guide of how to live life. How to blend in, so to speak, even as a tourist.

It seemed so clear cut.

But one of the things I don’t love about being Jewish is all the cultural stuff that there is no guide for, all the social nuances that I want to do right, but am not always quite sure about my execution.

Like when I first became frum and made a concerted effort to use Yiddish and Hebrew and Yeshivish terms. I viewed it as the same as if I were visiting a foreign country. Speak the language of the place you’re in.

Except whenever I would use a Hebrew or Yiddish or Yeshivish term, I would experience this flutter of anxiety, because maybe I wasn’t using it right, and I would be revealed as a tourist!

As if it weren’t completely and utterly obvious already.

As if it mattered.

There’s this phenomenon I’ve noticed where non-FFBs grant FFBs a mythical status of knowing how to do everything all the time.

I’ll let you in on something here: It’s not true.

The FFBs I’ve talked to have told me that they don’t know either. Just because they were raised in a religious home doesn’t meant that they know how to parent their kids, or how to be an adult, or how to navigate any of the crazy curveballs life (G-d) throws at them.

I don’t mean to make light of the challenges that people who come into the religious world face. It’s seriously hard to change your life around and learn all these new things and to be a tourist constantly, to be surrounded by people who seem to know so much more than you do. To feel like you’ll never fit in. That you’ll always been the odd one out. That you’ll never be able to help your kids with their homework.

Those are real feelings, and those are hard feelings.

What I mean to bring out is that we are all in it together. Life is daunting and baffling for everyone at times, and like Yocheved mentioned in her post yesterday, sometimes we put the emphasis on stuff that is not at all important, which can make things even harder.

Sometimes we’re worried about looking like a tourist and as a result we miss out on enjoying a perfectly enjoyable tour.

We don’t realize that we’re all tourists here in this world, we’re just coming from different places. But we’re all headed, hopefully, in the same approximate direction. And if we can forget our embarrassment and our insecurities, we can both accept and give help to those who are journeying with us.