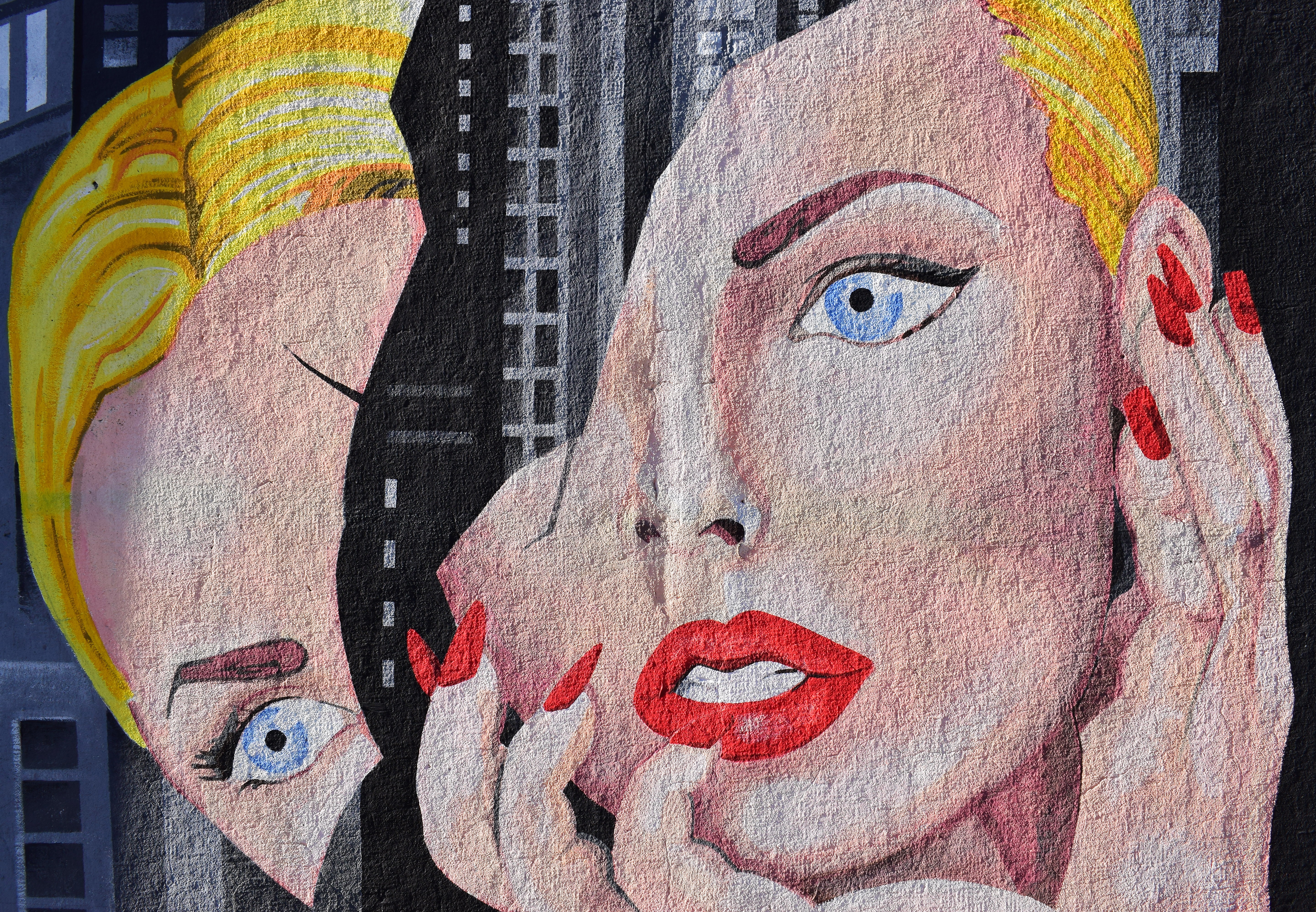 Are You Being Frum Or Being A Shmatta?

Once upon a time, when I was a doe-eyed naïve convert-in-training reading about the laws of shmiras halashon, I thought to myself “If there’s a society in the world that lives according to these laws, I want to be part of it.”

I was captivated by all those mitzvos bein adam l’chavero: giving the benefit of the doubt, being mevater, having an ayin tovah, pursuing peace – they were all wildly appealing to me. And why wouldn’t they be? So I ditched my previous life, covered myself right up and dove into this world of peace and harmony.

It turns out that (spoiler alert!) that utopian community doesn’t exactly exist, not in the way I imagined. I do think that my little frum bubble comes pretty close. However, I’ve noticed a weird by-product of all these positivity mitzvos. There’s a willy-nilly bestowment of tzidkus for situations that, to my eye, don’t really look like tzidkus at all. They look like shmatta-being.

For a while I thought, “nah, I can’t be understanding that right. What do I know? I’m just a convert. I didn’t even go to summer camp!”

(I actually did go to summer camp, but it was church camp, so I don’t think it counts, Jewishly speaking)

The longer I’ve been frum, the more I’ve gotten a glimpse of the dysfunctional societal underbelly, and the more this misplaced pronouncement of being excellently frum really bothers me.

For example, sometimes the inability to say no or set boundaries can, on the surface, look a lot like being generous, or being mevater. But really it’s just being unhealthy.

And when we praise that nonsense and say things like “oh, you told him he could borrow your car and he’s still using the car two years later and you have no car now, what a tzaddik you are!” that helps no one.

So instead of just automatically assuming tzidkus, be open to the idea that there may in fact be something really off about the situation. Keep your eyes open. Assume that when something is “not normal!” it is, in fact, not normal.

It pains me that the very mitzvos that helped draw me close to Judasim, that I love so much and that are potentially the source of a ton of blessing are also the ones that can lead to people being taken advantage of, for abuse to happen and be ignored, for the sinister and disturbed to skate by without being called out.

In theory, and, often, in practice, I am all for these mitzvos. However, sometimes life requires taking a more pragmatic application of observance. Sometimes we have to accept that people are all shades of messed up and that it’s everywhere and that pretending that everything is rosy in our little frum bubble does no favors for the people trapped in dysfunctional life situations.

This laissez-faire attribution of tzidkus is ruining my opinion of what the word “tzedekes” even means. Lately, when people label other normal mortals as “tzaddik,” I immediately begin to wonder what is wrong with that person. What kind of pathology is going on there under the surface that is masquerading as righteousness?

I don’t want to be like that. I want to be inspired by people’s ability to stretch themselves, to do more than is expected, to go the extra mile. There are plenty of genuinely inspiring people around, people who actually do what they’re supposed to, and then some. I don’t want to have to wonder what is wrong with people.

But living in the illusory world that all things can be solved simply by really really observing certain mitzvos isn’t an option, either.

A while back there was a person in my life who really treated me like crap, and I had no choice but to interact with this person. I remember thinking, “oh, if I just try harder, if I just keep being mevater all the time and never tell anyone how they’re treating me because shmiras halashon then surely things will get better!”

(They did not get better)

In the end my husband and I spoke to a Rav and the Rav’s immediate reaction to our retelling of the situation was “that person needs therapy!” It was very validating but also very concerning because here I had been trying my hardest to be super frum to make things better but that actually wasn’t the way to make things better.

You don’t have to turn yourself into a pretzel to give someone the benefit of the doubt. If someone constantly takes advantage of you, you can assume that they will continue to do so. If someone consistently tells you one thing and then acts in an contradictory way, you do not have to believe what they say.

These mitzvos bein adam l’chavero are still some of my favorites. They can have, and have had, such a tremendously positive impact on the way I look at and interact with the world. As a solidly positive Midwesterner, I relish the idea of seeing the good in people, of giving people a second chance, of assuming that people are generally good, if flawed.

Let’s save the declarations of other people’s tzidkus for the tzaddikim biographies and hespedim. Let’s skip the superlative praises and use more realistic descriptors for people, who are, more often than not, a combination of complicated behaviors.

Photo by Chris Barbalis on Unsplash