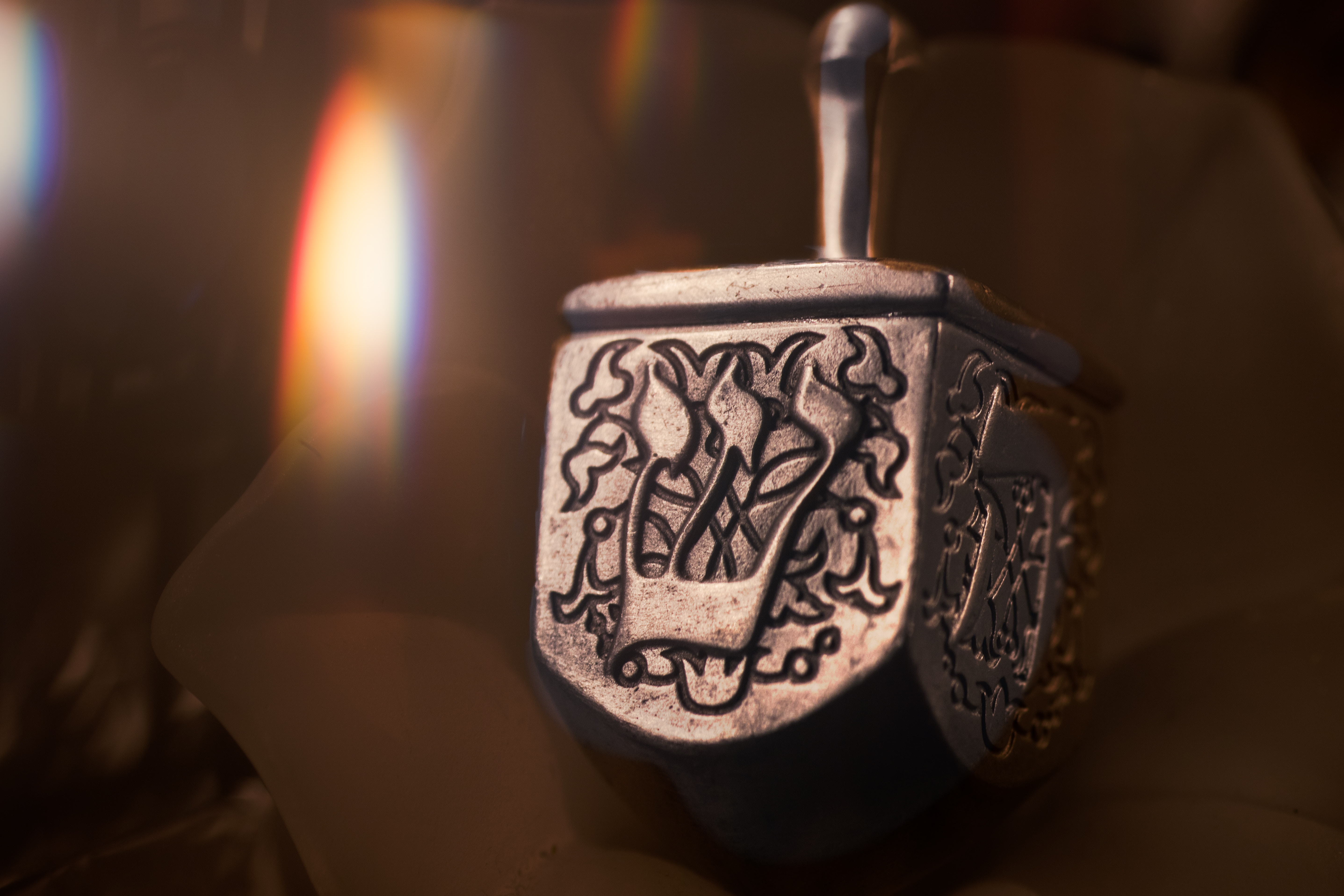 Conquering The Ghost Of Chanukah Past

If you peeked into my house last night (which is assur, don’t do that, but let’s pretend you have my permission and that it’s not creepy or nosy), you would have seen a beautiful scene of a family lighting our menorahs together and then my husband and one of my sons singing Maoz Tzur while I accompanied them on the piano.

It was a genuinely heart-warming experience, and while it was occurring I had several “Oh wow is this really happening this is great oh my gosh” feelings. This was exactly the type of Chanukah candle-lighting experience I had always wanted.

I just had to wait ten years to experience it.

That’s an important detail, and one I wish I would have known ten years ago. Of course, I probably wouldn’t have listened to me if I had told myself anyways. Them’s the breaks.

When I got married, I had all the unrealistic expectations of a newly religious newlywed. Every experience had to be the peak experience with zero friction and maximum meaning.

Obviously, that often ended badly, with the crushing amount of pressure I put on already stressful situations (erev Shabbos menorah lighting anyone? Right?!) only leading to melt-downs and bad middos.

It pains me to think back on all the many, many nights after lighting the menorah that I would sit down to play Maoz Tzur, which I desperately wanted to do to create that perfect, homey and meaningful tableaux, and then it would turn out that the key the piece was written in was too high for my husband’s voice, which meant I would have to transpose it to a different key.

Ten years ago my transposing skills were not so sharp and my playing-by-ear skills underdeveloped, so I would end up playing a lot of wrong notes and then I would get frustrated and either cry or stop or usually both.

In short, it was the exact opposite of the mood I wanted to create. Or the mood anyone would want to create.

One might think that I would do something sensible like, I don’t know, make a note of what key the song should be in for my husband and write out the music to have it for the future. But, no, no no no, every year I would bring out that badly arranged book of Jewish holiday songs and every year I would realize immediately after candle-lighting (or, some years, if I was slightly more on my game, immediately before candle-lighting) that the song was in the wrong key.

Ten years of this, people. Ten years of not taking the fifteen minutes to do the prep work to ensure a calmer, more desirable experience. Ten years of rushing at the last minute and becoming so frustrated that I am embarrassed to even remember those nights.

This is, I think, something that can apply to many aspects of relationships in general. How many times did I forget to remind my husband to set up the Shabbos candles on Thursday night and then was frustrated on Friday when shkiah was approaching and I noticed the candles still needed to be set up?

Yes, I wished he would remember, but I was also forgetting. If I just asked him, he would do it gladly. But we both forgot, and then I was mad at only him, even though I could have helped create the atmosphere I wanted. Week after week this happened without either of us doing anything to stop the pattern.

Same with my kids. How many times on vacation have they been going wild and driving me up the wall and then I look at the clock and realize that they should have had a snack fifteen minutes ago? So many times.

We would all be caught up in whatever activities we were doing and they wouldn’t say they were hungry and I wouldn’t stop to think about it (I know, I know, a shanda for a Yiddishe mama), and we would find ourselves in the same frustrating situation over and over again.

It says in the mishnah, “Who is wise? He who can see the future.” It’s in the preparation. In taking the time to think about what outcome I want (in many cases, need), and then working backward and planning accordingly.

I want to be wise. I want to stop the perpetual motion machine and take the time to plan for the outcome I want, to do my hishtadlus toward a better future (though I know so many things are not in my hands).

To my eternal pleasure, this Chanukah I found that my playing-by-ear skills have improved to the point that I really don’t need music at all to play Maoz Tzur. On the first night, I asked my husband to sing where it was comfortable for him and I just jotted down some chords and that was all I needed. I made some mistakes, but no one cared. I just laughed and kept playing.

So when you look through my window and see this heart-warming scene, know that it wasn’t a right-out-of-the-gate experience. There were years of pain and frustration and yearning and planning and development and growth that went into it. That it took a while to figure my husband out, to figure myself out, and, more so, to figure us as a couple out.

Photo by Robert Zunikoff on Unsplash