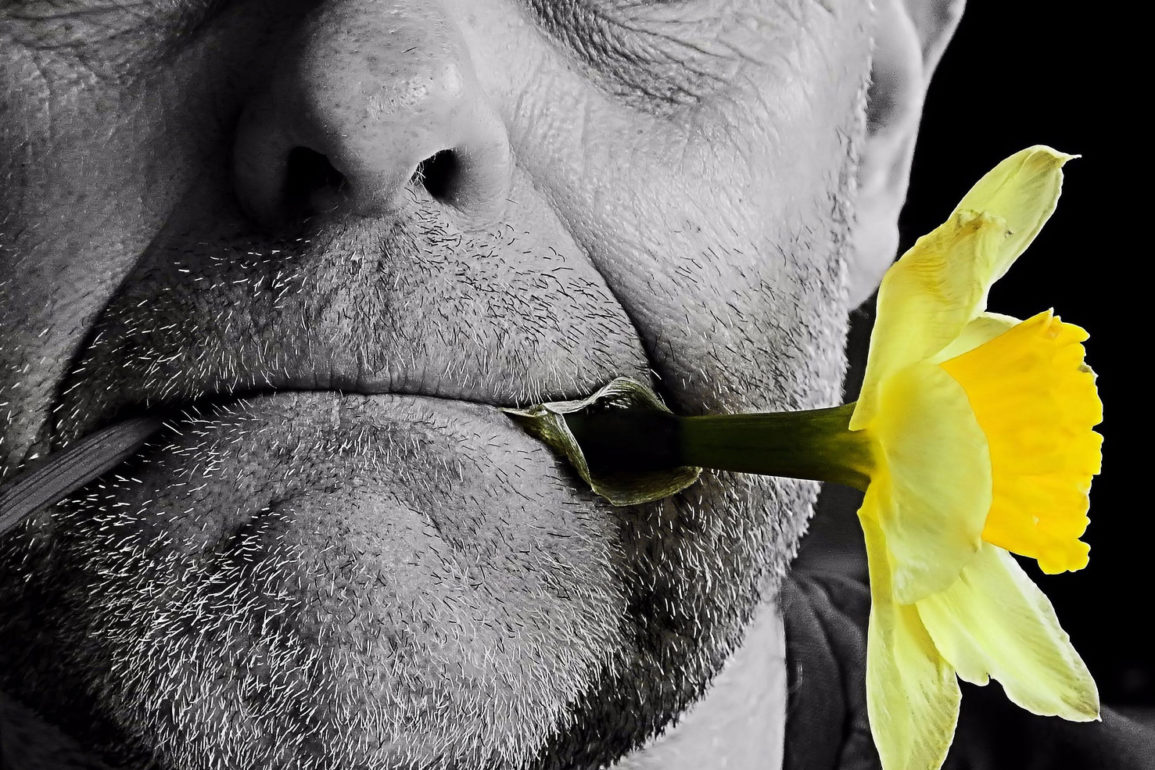 He Was So Unromantic, I Had To Marry Him

I would totally not classify myself as a romantic.

So when my husband expressed interest in me when we were 24, I responded in the classic romantic way, via Facebook.

“I’m sorry, we’re just not right for each other,” I explained matter of factly. “We’re both too ‘wavy’. I need someone more ‘boxy’.” I then ended it with a definitive “we just won’t ever work together” in case he didn’t get the message.

And then he left for Israel to study in yeshiva, and I got to work searching for my in-the-box guy.

A year passed. A few disappointing and dismaying suitors passed through my life. I had found that straight edge men weren’t all they were cracked up to be. I had some more criteria on my list: namely, honest, open, and caring.

On a random Wednesday afternoon, I found myself tossed around by The Divine Plan as I lay in bed, suddenly nauseous and unable to do anything as my head spun in circles.

It was in that state, in the midst of abject chaos and confusion, that he texts.

“Hey, it’s Elad. Back in town. Do you know where the are any kosher restaurants in Chicago to go to?”

Elad. In the middle of another loop of circle-spinning-nausea, I smiled. I had been slightly following his Israel journeys through Facebook.

I was glad for the distraction. As my head pounded, I texted back some restaurant ideas.

And then, “Want to get together sometime?” he texts.

“Sorry, I don’t hang out with guys as friends,” I replied shortly, instinctively.

Suddenly, in my delirium, an idea struck me, and before I had time to think about it too deeply, it had been typed and sent. “But if you want to go on a date, that would work.”

I laughed, surprised at life’s sudden shift that I had surprisingly instigated. What did I have to lose?

The circles spun overhead, working their magic, as a date was set into motion.

A week later, we met up and went to a nearby beach. Dinner was sushi. The table was a blanket.

We had known each other for thirteen years and not really a day. Strangers, familiar strangers.

And then something happened. Something that had never happened on any of those other shidduch dates I had excruciatingly gone on.

I didn’t mean to. Usually when I went out with people, I put on a show; I tried to show them my insides. I was this funky, spirited, opinionated person. I was a display case. But that’s what happens when u don’t know the person, right? You need to display yourself so they can connect with you.

Except this time, all of the facades melted away. I wasn’t showcasing my wits and personality, I was just me. I wasn’t quirky and joking, we were just talking. There were no fireworks. It was simple.

It was a deep, real , fun conversation. I left the date that night at first flying high, and then totally creeped out. What was that?!! I wondered. I gave it a few days to recover from, and then sitting in front of a painting I was making for my friend’s wedding, I felt it. A slow, soft thought, that made me teary eyed: “You’re going to marry him.”

I knew it not because of some dramatic pull in me that wanted to be near him. Not because of crazy butterflies or lavish compliments or anything magical and storybook.

That night at the beach, there were no compelling power dynamics or body dynamics that would make any romantic comedy watcher shiver with excitement and anticipation. There was just a simple, beneath the flesh connection. So that’s how I knew. Because I didn’t feel anything. Because I was hopelessly unromantic.

Sometimes, you know he’s “the One” not because of fireworks, but conversely, because it’s so quiet. The maddening racket of life finally dims, and you can finally clearly think.

Sometimes when you fall in love, you don’t go anywhere, except more deeply and clearly into your reality.

Sometimes the most romantic feeling is not to feel anything; to finally not be so damn aware of yourself and the other.

Sometimes the most romantic feeling is to feel at home.

So that’s how I knew.