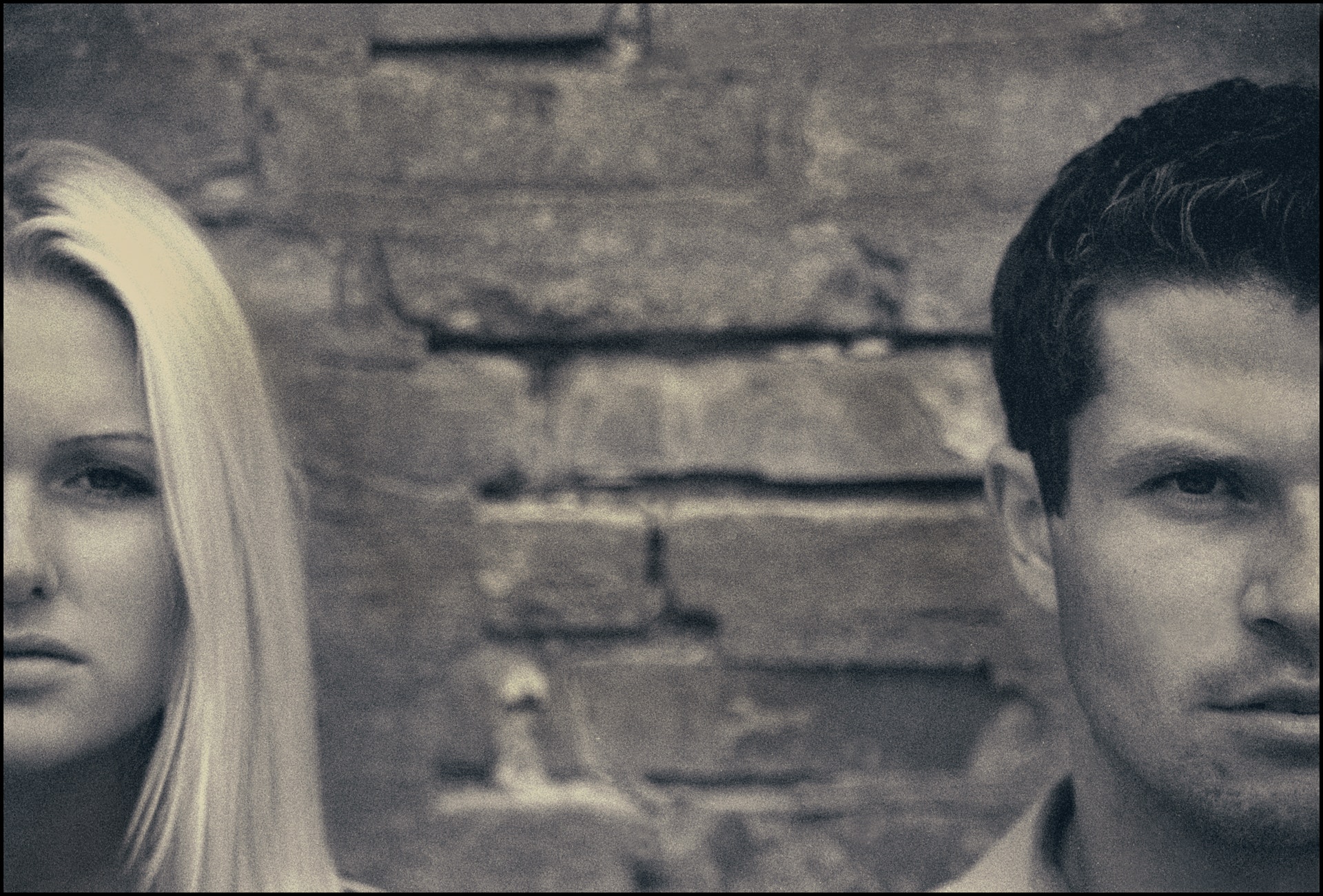 There’s No Easy Way To Separate The Sexes

I’m flying around Tsfat like a dimwitted lightning bug, not really sure where I’m going or what I’m doing, but sniffing out the holy air in hopes of getting inspired.

I meet a woman at a Shabbat day meal, as a furious debate rages around us on whether physical ailments always derive from emotional discord, and if so, the methods to cure them. The woman is exuberant, extroverted, and engaged to be wed. After the long meal, we go for a walk.

Trooping around the rocky terrain of Tsfat with me, the kallah suddenly exclaims with a start, “My chosson!”

And there he is, ten feet away from us, one of two bearded tall men in long black coats talking quietly with each other.

He looks up and my young friend rushes to talk to him, while the other man turns away from me.

The fiance’s friend turns his entire body to insinuate that he won’t look at- much less talk to- me. The fiance says nothing to me, though I know that he knows I’m there.

I understand that they are not speaking to me because I am a woman, and a woman with no relation to them.

No worries about stepping the line between friendly and too friendly. No awkward casual introductions. We mean nothing to each other and we are not worth each other’s time. I can slouch. I can scowl. I can stare off into space. It is my first time falling in love with the practice of religious gender separation.

The more religious I get, the more I crave gender separation, the more I notice the ways women commonly act differently around men, and the more I’m aware of the performance I’m putting on for men, as well.

A few years go by, and I marry my husband while in America. We return to Israel and meet up with Jeff Seidel at the Kotel, who sets us up with a super charedi Chassidic family nearby. We arrive to find men eating in one room while women eat in another.

“I want that,” I tell my husband later. He laughs.

As the years progress, I practice refusing a handshake from men unfamiliar with shomer negiyah and dance the delicate tango of conversing with the opposite sex while also subtly reminding them of who I am and whom I belong to.

I like the designated place I find myself in. I enjoy my role. I feel empowered.

We host meals and my husband’s friends come. Around the table, they extend their jokes to me and we laugh together. On the street, however, our interactions remain a toss up; Will we acknowledge each other? Will we share a a few words? If so, how much is appropriate?

Our new spiritual home is in a Modern Orthodox shul, with a mechitza so see-through I watch my husband daven, waving to get his attention when needed. Our kiddush room hosts six large tables, and families and singles gather around in no particular order, with no particular gender. I’m confronted by the need to interact in a casual way with the opposite sex in a way I haven’t done in years. I feel confused. Where are the boundaries? What do I do?

Most of the men there, well entrenched within the mixed gender secular world, talk with women nonchalantly, without a second thought.

My self consciousness of myself as a Woman, in proportion to their comfortableness with speaking to me, takes a nosedive.

Instead, I feel myself just as a casual person with things to say. I feel myself beyond my skin, and also deep within my own skin. My existent flies outside of my outer layer of gender identification.

When we return to our former Chabad shul one day, the difference in how I relate to myself and the men there strikes me.

Sitting behind the men’s section and peering through the blackened partition, I search in vain for my husband when our children run amuck. I stick my head around the edge to get his attention, and my Womanness jumps out like a red, flashing light.

Later at kiddush time, a husband I know well reaches out to say a few words to me,  but we can barely connect past the thick veil of gender that separates us.

I miss my new shul, with its relaxed way of relating to each other.

In many ways, it seems deeper to me, to connect on a friendly soul level rather than through more rigid gender identity. “Is it really more frum to be so segregated,” I wonder, “or just an overemphasis of our superficial differences? By sensitizing ourselves to each other, do we become more shallow in the process?”

Yet bringing down the mechitza in the kiddush room and in social circles is not the answer, nor is separation the culprit. There were good reasons that I liked the separation of men and women, regardless of how I feel in these two situations. Jewish laws and fences for social and physical mechitzas protect woman in general, and help them connect with each other in a deeper way alone.

But as the Jewish tendency goes, one fence can quickly beget another fence, and yet another. At what point does a fence become a noose, or a whip?How do I know where to draw the lines? Where do I build the fences?

Despite my proclamations of the greatness of casual, deep, friendly soulful conversation in mixed groups, at the end of the day, I still want to leave my casual interactions with the opposite sex confined to a space and time, with a fence and border defining them, returning home to my Man of men. I want other males to remain acquaintances, bordering on friends, yet just not quite. I want there to be a strong distinction.

I want to be able to go into communal spaces, and interact as if we- men and women- are both just people, without heightened awareness of sexuality, without a hyperemphasis on gender.

But then, I admit, I want to leave those communal spaces, and be able to return to my own preferred boundaries, my own designated fences, however small.

To throw a whole other bombshell into the mix, the expanding perspective on gender as a spectrum, further complicates the entire discussion on separation and who should be separate from who. I don’t even know where to begin to dance with that as well.

Perhaps this is all an opportunity for me to go beyond the physical, to my internal sense of what feels right in each interaction I have, grasping intuitively the best way to protect my core relationship with my spouse as the most precious, important relationship in my life.

Maybe that’s the only way I can understand it. The truth is that I know there is beauty in all worlds across the religious spectrum. There’s also darkness in all worlds. Fences can be gorgeous and allow us enough boundaries to witness the light of each other. Fences can also be suffocating, creating little space for us to breathe and bear witness.

At the end of the day, it’s my spiritual responsibility to gauge with each person and relationship how to form those fences and when to break them down. Combining Jewish laws of separation with my own gut feelings takes more effort and attention to make. It is much easier to just follow a strict or lax social norm. But if I just listen to others’ ideas and not to my life’s individual needs, I will lose out on my specially crafted light of the other, delicately formed from the personal boundaries and bridges my intuition makes.