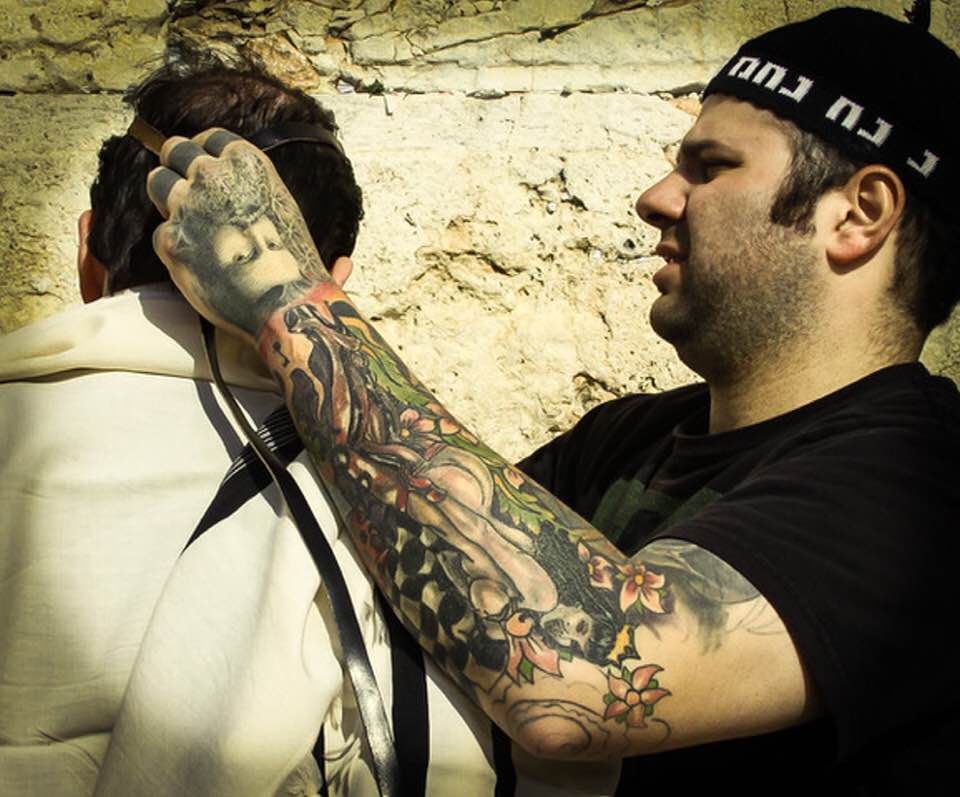 My Response To Being Called A Fake Orthodox Jew

When Daniel Greenfield in his article, “Fake Orthodox Jews Against Trump”, labeled my husband, Victoria Cook, Rebecca Krevat, and Rabbi Mike Moscowitz as “fake Orthodox Jews”, he attempted to control dissenting opinions by putting them in an ideological herem of sorts.

Herem. The metaphysical space where the names of people who must not be listened to are compiled. Where the books with dangerous, decidedly unOrthodox ideas are hidden away.

While this approach nails down an unswerving social yoke of acceptable Orthodoxy and “good” and “bad”, it does not actually assist in illuminating the Ultimate Truth.

The Ultimate Truth is that there are many truths. Within Orthodoxy itself, there are thousands of sanctioned, diametrically opposed opinions. The truth is there are seventy faces to Truth. Beyond the Oral Law, there are more subjective, personal insights to explain Hashem’s teachings than we can imagine, revealing themselves everyday if we pause to hear them. Every single person, whether or not they believe in the divinity of Torah, has something to teach us about the reasons we are here and how we can build a better world together.

When we believe that only those who are “my denomination-enough” or “like me-enough” are the ones we should listen to, it cuts us off from the light and wisdom of the millions of other Jews (and billions of other people!), thirsting to build together in this increasingly toasty globe. When we cut ourselves off in a fearful effort to protect ourselves, we section off all the people offering themselves as supporters, teachers, helpers and builders.

Daniel chose to focus on whether the people and organizations he called out were frum enough for him to take seriously, rather than addressing the Jewish content of Torah Trumps Hate by examining whether or not the Torah commands us to be welcoming to the stranger in the way TTH interprets it, and the complexity of that discussion. In doing this, Greenfield spoke volumes about his superficial motivation to discredit other Jews’ political and social efforts.

If organizers are not his level of frum, Daniel implied, the Orthodox world should not take seriously their call for justice. Is this what it means to be a servant to Hashem?

Though Greenfield did not call me out specifically as a Fake Orthodox Jew, he did call out my husband and the organization he cofounded, Torah Trumps Hate, both of which I wholeheartedly align myself. Greenfield mocked people whose courage and commitment to the teaching of the Torah and commandments between man and man inspire me to no end. Thus, I myself felt targeted by Daniel’s name-calling.

The point isn’t about who is a “real Orthodox Jew”. I follow Halacha, am shomer mitzvot, consult a Rav when appropriate, and believe in the divinity of the Written and Oral Law.  But I believe all of that to be besides the point. From Greenfield’s accusations, I respond that no one’s cry about what the world needs to heal should be disregarded because of their denominational or theological stance. Regardless of affiliation, everyone can teach us something about the Torah that no one else can.

No one- not a Rebbe, not a Rav, not a rabbi, not a denomination- has a monopoly on the Truth.

The only way we will bring Moshiach is to deeply integrate the reality that every single person has millions of jewels of insight within them to broaden our understanding of what the Torah and Gd requires from us. If we blacklist people and ideas as “not my kind”,“dangerous”, or “fake”, without giving space for a true, complicated reckoning, we all lose.

Let’s not be that guy.

Let’s listen. There are no Fake Orthodox Jews. There are Jews with important things to say.

Let’s be one of them.