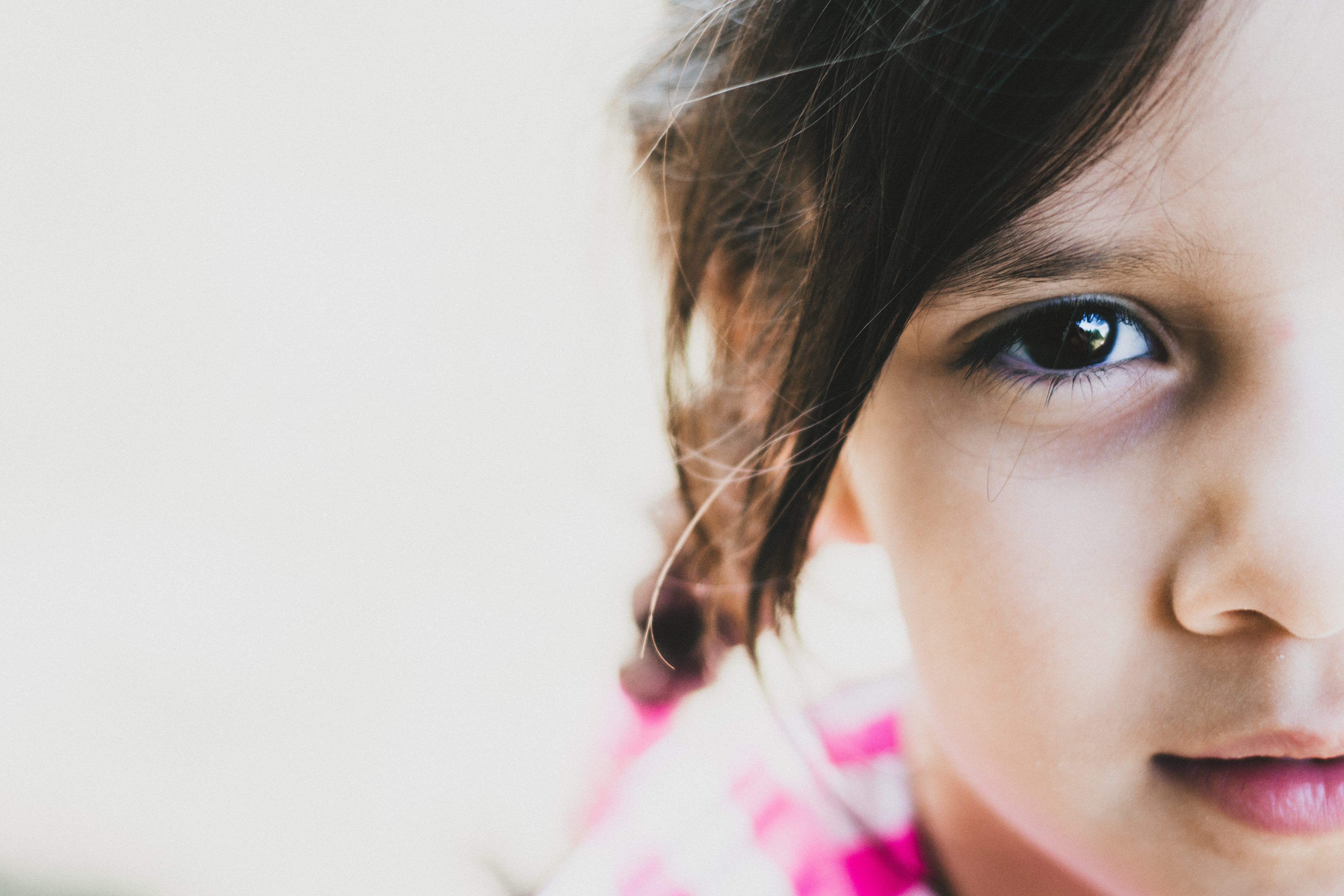 What Is A “Good Jewish Education”?

My oldest child is born a lover.

From the minute she smiles, she loves everyone she can, as much as she can.

At six months old, she rides with us on India Air, on a trip back to America from Israel. A stewardess coos with her each time she passes, finally asking if she could take her in the back. “We all want to play with her,” she explains.

Granted, it’s a weird request. But as a worn out mother on a very long plain ride, I agree.  “Yeah, sure,” I say, handing her over, as my husband sleeps obliviously nearby.

Every few minutes, I angle my neck back to make sure she is still alive, and there, surrounded by five other flight attendants laughing and passing her around, Tanya giggles wholeheartedly with them.

Tanya, her heart so big, pounds with an excess of blood and desire to let it all out.

She never, once, complains when I drop her off at playgroup, starting from the age of ten months. She runs towards her teachers and new friends, and never looks back.

At around three years old, I walk with her home from school, and she passes a school friend.

“Hi!” she calls out, her love shouting and singing and looking for a cozy place to land.

Until then, children always respond positively to Tanya. Adults adore her. Our Shabbos meals consist of her climbing on each guest’s lap, and making conversation with them.

This time, though, is different.

In true helicopter parent form, to protect my child whose vulnerable, gentle love hasn’t yet learned the terrible lesson that the world won’t always throw theirs back,  I look at this little four year old Mean Girl straight in the eye, raise my eyebrows, frown and repeat, like an ominous statement, “Hello.”

The little girl stares more and then walks away.

Is it embarrassing to say that I am shaken?

Tanya experiences many more episodes of subtle and not so subtle social rejection that year, including a horrible, unexpected bullying incident at a friend’s simcha, as I struggle to figure out my place in my children’s social dramas.

Like a good Jewish mother, I worry. But I don’t worry about my children’s academic or religious life. I believe my kids are smart. I believe they apply, and will continue to apply, themselves, as long as they’re not emotionally strangled by an unhealthy environment. The only thing I really do worry about is the emotional health of their educational environment.

Moses, the great, mighty Moses, after all, didn’t know all the crowns of the Torah, all the hidden secrets, all the things that generations later deduced from his cataclysmic Mt. Sinai reception. Moshe, our tradition insists, received the tools of the Torah, passing them down as methods of deduction so that his followers generations later would unroll the mystical and practical secrets further as they dug down with his tools.

Moshe learned what he could, and then passed it on. We, too, all the more so, are finite beings with a few, short years on this planet. No matter how early the bus comes in the morning and how late it drops our little kids off, they can’t learn everything. Thus, beyond the prime tools for reading, writing, and deciphering Jewish texts, I have a shortened list of must-haves for my children’s Jewish education.

Treat people kindly. Don’t do to another what you wouldn’t want done to you.

Be open. Be warm. Be sensitive. Listen. Don’t be jealous. Be happy with your lot. Be grateful.

These, after all, are the building blocks of the Torah. If you don’t have them, it doesn’t matter what daf you just learned, or how advanced your gemara skills are, or the number of commentaries you cross reference from one pasuk, or even the deepest, most mystical interpretations of our universe.

If you don’t know how to be kind and warm and a good person, you don’t have Torah. You don’t have anything. You have a cracked shell that’s breaking open and smells disgusting.

Torah needs to make you a better person, as David Sacks gave over in this great shuir a couple weeks ago. If it doesn’t, you haven’t internalized it.

What do I know? I’m a baal teshuva. My husband’s a baal teshuva. We know some things, but at the pace of our lives and the amount of free time we have, we will never, ever catch up with someone who has been learning steadily since the age of five. In quantity, never.

In quality, though, whose to say that we don’t grasp something of Torah as deeply, as completely, reverberating throughout our bones as thoroughly, as someone who’s been shuckeling over Torah his whole life? Isn’t that, of course, what the Baal Shem Tov taught, that the simplest Jew can have as great of a connection as the highest scholar?

So what does it mean to me to give my children a Jewish education?

Teach her skills, I say. Teach her how to read and write and how to learn complicated Jewish texts.

Give her the choice and let her be led to the water like a horse who is thirsty to drink.

Above all, give my girl love. Give her options. Give her self worth and a feeling of a dignified voice, a belief in humanity and hope for the world. Teach her that to be Jewish is to be kind. Teach her that it’s the most important thing out of anything. Tell her the rest is commentary.

That’s what I mean when I insist on a “good Jewish education”.