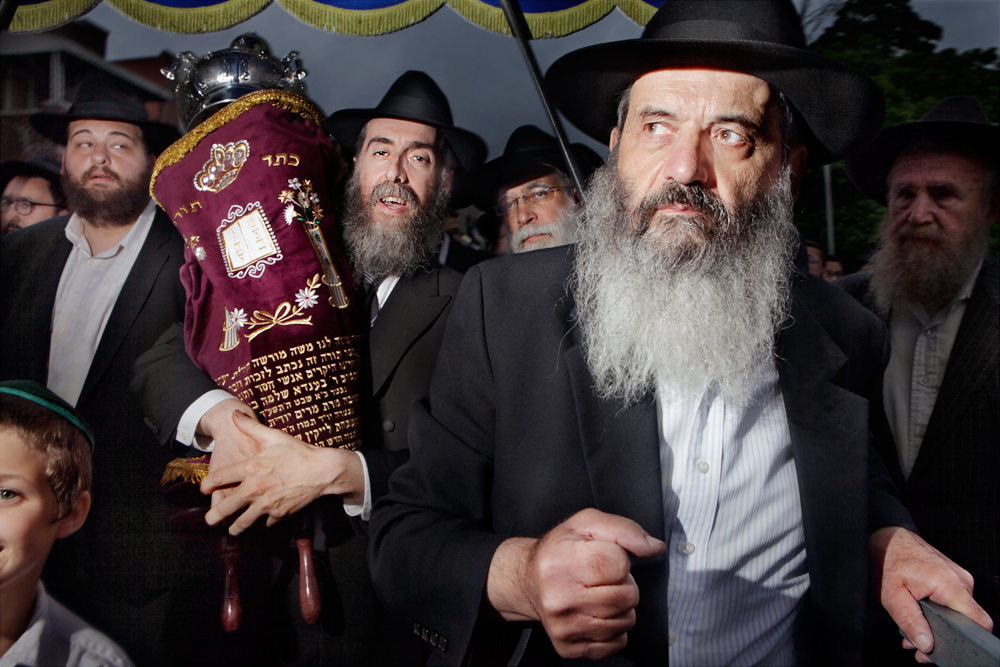 A Call To Shluchim In The Age Of Trump

We changed our lives because of what you told us that Judaism stood for.

We sat quiet, respectful, munching on your food, as you told us stories of your ancestors in Russia, the ones who sacrificed everything to be Torah-true, as you balanced babies on one hip and vodka on the other.

We looked around our hedonistic college lives and saw a culture that was afraid of itself, and we joined you on the other side of the table, as you proudly waved flags and told us of a philosophy that could lift us to the highest of heights.

We put on wigs and long skirts, kapotes and kippahs, and withstood awkward family get-togethers and uncomfortable culture shocks as we moved into your neighborhoods, the ones you came from.

We knew you were there for us, a support system, proud of us when we took on our next challenge. We were the new Russians, willing to go into this unfamiliar soul, with our siddurim and our tallisim to guard us.

And then Trump rose to power and we looked to you for what words of wisdom you could offer us. We knew you would tell us about your ancestors in Russia, the ones who stayed in prisons for years because of their beliefs, the ones who walked hours in the snow to do a mitzvah, even the recent ones who had the guts to go up to a random person in the streets of America and ask, “Are you… Jewish?”

Except when a vengeful man with no credentials rose to become the most powerful figure in the Western world, you stayed silent.

We squinted, confused, as you continued to dance around and proclaim “Moshiach is coming!” while those around you suffered. No, no, we knew intuitively, this is not the time for that.“Where is my rabbi, my rebbetzin?” we called out, “The harbingers of truth and hope, the ones who showed me what Judaism is?”

We listened closely and discovered beneath your silence that you were just as imprisoned as anyone else, or even more so. We realized with great sadness that you cared more about what your community thought of you than what your Gd did. We cried when we saw that you worried more at night about the status of your children’s shidduchim chances than the cries of abandoned children at the hands of he who you voted to power.

“No, no,” you explained, smiling, lovingly. “It’s just that this is the way we heal the world. We don’t need to go down into politics in order to elevate this dirah betachtonim. We can do it just through doing mitzvot. Think good and it will be good.”

We stared at you in disbelief, in angry pity, as we realized the depths of your mitzrayim, the way even you perverted the Torah and the teachings for your own insatiable quest for safety. “Think good and it will be good? Are you serious?” we thought. “No words? No actions? As if politics is not the lowest of this dirah betachtonim?”

We then recalled the teachings we grew up with, the ones about advocating for human dignity at all costs, and we realized that the world we left behind also had some intense sparks of holiness that yours needed.

We realized that this is your generation’s chance for your own meseres hanefesh. Your ancestors walked through miles of snow in Russia and davened in decrepit prisons for years to nurture their yiddishe neshamas for the people of Israel, yet you are stuck in the four cubits of your own homes, lighting candles and shivering in complete and utter fear that your child fifteen years from now won’t marry into a “good family” if you speak out about atrocities happening in the world, if you say your own opinions that differ from your neighbors.

You reassure yourself that it’s just not your place to get into “politics”, but deep down you know the truth. It is our turn now to show you the way. To reassure you there is nothing to fear, but fear itself. To convince you that the whole wide world is a very narrow bridge, but the main thing, the absolute main thing, is not to make yourself afraid. To show you what Judaism is made of.

Come out, and be the proud harbingers of truth you crave to be. Your shidduchim-obsessed society is just an illusion and, like Gd, the moment you stop breathing it into existence, it will disappear. You can be the real deal. We’re waiting for you.

Let’s elevate this world, together.

Image credit to the one and only Marisha Camp