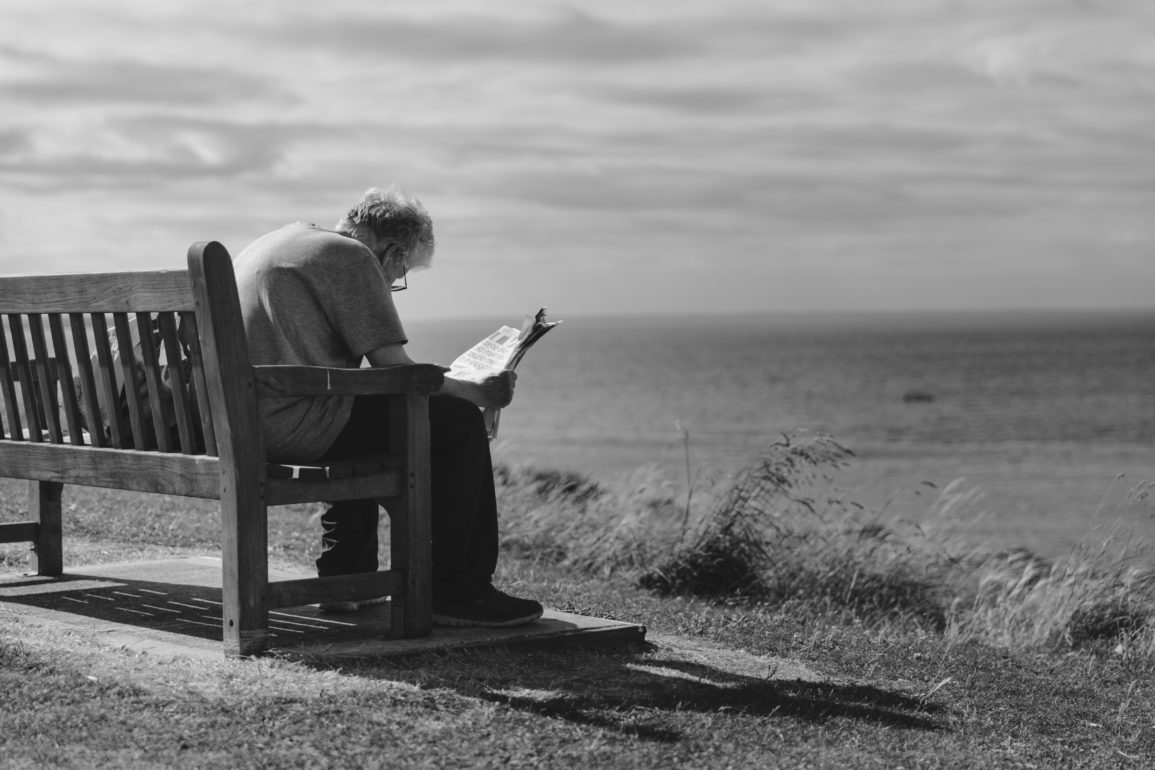 I recently had a conversation with a friend whose husband is slowly closing the law practice he’s had for thirty years. Over tea in their bright kitchen, I learned that this man never had a choice about his career. His father informed him early on that if he wanted his education paid for, he had to study law.

“But he grew to love it, right?” I asked my friend, recalling how animated her husband could get when describing a case.

She shook her head. “He hates it and always has.”

I thought of my own father who, when I was in high school, said to me, “You’re smart. Why don’t you become a lawyer?”

“I’m not that kind of smart,” I told him and he didn’t disagree.

A budding poet, I was bookish and articulate, but also impractical and easily distracted. And while he, more than anyone knew, I could be as persistent and argumentative as any attorney worth the price of her retainer, I didn’t win our disputes with facts and evidence. I won through my ability to burst into tears at will.

Still, though he didn’t bring it up often, I knew my dad held out hope that I might change my mind. I also knew why. Becoming a lawyer had been his dream. Having served in World War II, he was able to enroll in college on the G.I. Bill as a first step toward making his dream a reality. He loved the classes and did well, but after his freshman year, his parents—immigrants who had fled the pogroms of Eastern Europe in their youth—called him away from school. His father ran a bar and grill on the Lower East Side of Manhattan and needed his help to keep the family business afloat.

What happens to a dream deferred, asks Langston Hughes in a poem I memorized around the time my dad first made his suggestion regarding my future career.

Does it dry up/ Like a raisin in the sun?/ Or fester like a sore—/ And then run?

And if the dreamer has children? Can a dream be bequeathed?

I was much luckier than my friend’s husband. My father raised the prospect of my studying law as a question, not a command. In turn, I was able to recognize the generous impulse behind it: This, to me, is what success and happiness looks like. If I can’t have it, I want it for you.

“We’ve always believed in something called progress,” President Carter said in a State of the Union address the summer before my senior year of high school. “We’ve always had a faith that the days of our children would be better than our own.”

Though the president went on to describe how our progress as a country was faltering, my days were, in many ways, better than my dad’s. Thanks to his hard work at jobs he didn’t love, I got to go to college and stay to earn a degree. I majored in literature, with plans to pursue an MFA in writing, a dream that didn’t resemble my father’s in the least. But when I searched the crowd for my parents on graduation day, I found him beaming at me, his eyes shining with tears.

“First in the family to do it,” he said, pulling me into a hug.

In Hebrew, the number eighteen signifies life. As it happens, it’s also the number of years my parents lived after I graduated from college. My father’s death followed my mother’s by all of two months.

“May their memory be a blessing,” our people say when someone loses a loved one. Not, “They’re in a better place.”

From my understanding, Judaism, with its emphasis on our deeds and intentions in the present, offers no certainty that such a place exists. We’re given no promises of an afterlife other than that our deceased live on through our memories of them and through our ongoing lives. “A person outlasts death through children,” says the ancient book of Ben Shira.

Yet, on the gray morning in May when I received the doctor’s call telling me my father had died, I took a walk and the air seemed infused with what I can only describe as his spirit. I felt my dad listening to my every thought and sensed that he wanted me to know he was still there for me and for my five-year-old son whose boisterous presence had given him such pleasure in his last years.

Unbelievably, another eighteen years have passed since that heartbreaking day. I haven’t felt my dad’s spirit in such a visceral way again, though of course, he’s with me every time I sit down to write about our family. Lately, he’s also been with me whenever my now twenty-three-year-old son enters the room.

“You did a great job with your writing,” reads a hand-written note my boy recently received. When he showed me, I thought, with a flush of pride, He gets that from me. But being as that note, penned in the margin of a printed acceptance letter, was signed by the dean of a prominent law school, this is the thought that lingers still: I hope my dad somehow knows about this. Please let him know.

“Your grandpa would be over the moon,” I told my son.

“I’m over the moon,” he responded. After all, he has the wonderful luck, just as I did, to be in pursuit of his very own dream.