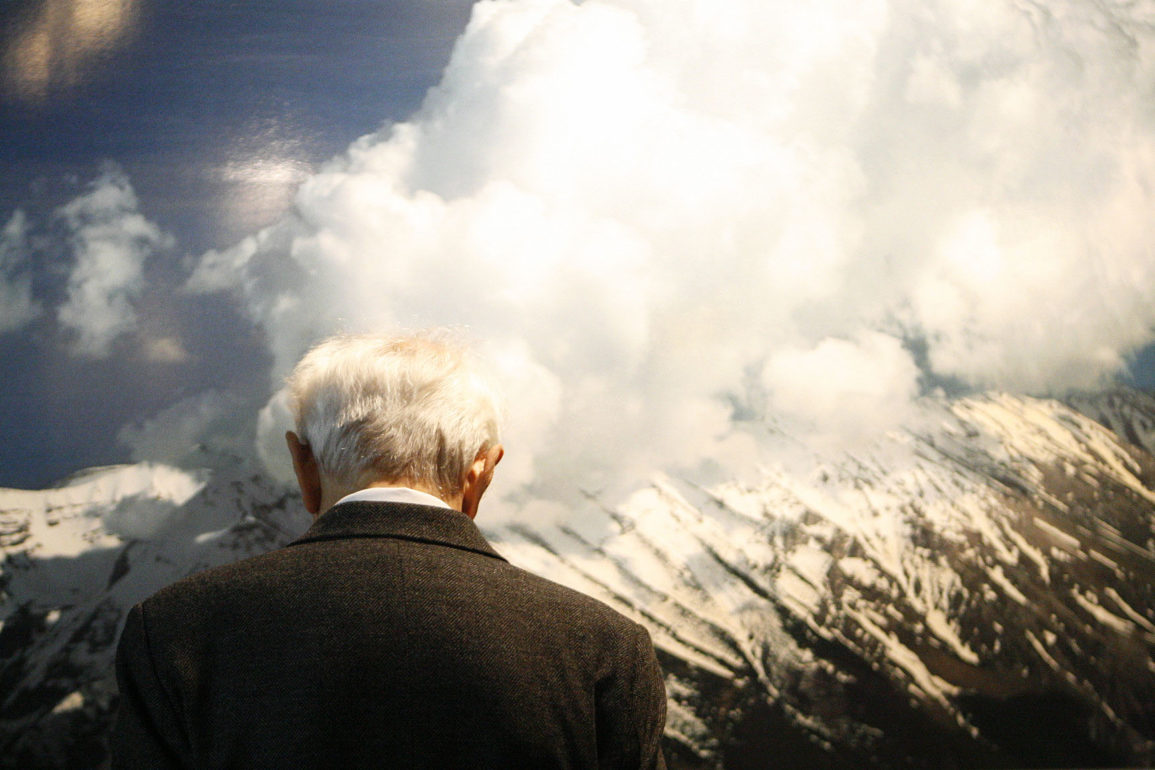 My father held onto me for support as he walked down the front steps of my house. I was on his right and my mother, on whom he also rested an arm, was on his left. The most dignified man on the planet was having trouble walking down a few steps. The man who lied about his age out of allegiance to his country and joined the army at sixteen.  The man who was shot by the Nazis and who found the strength to combat the physical pain to crawl back on his stomach to save  his troops.

That same man had to use all his energy to put one foot after another to get from the doorway to the sidewalk.

As my dad’s hand gripped my shoulder a bit more forcefully, I had no choice but to stand a bit taller, making sure my shoulders were squared enough to provide a ledge of support for my dad, my hero.

When he pushed down on my shoulder and took a step down, I felt the wind being knocked out of me.  Maybe it wasn’t the wind, but the certainty of a young girl that her daddy could, and always would, protect her.

I thought about a time more than forty years earlier.  We were on a beach in Wellfleet, on Cape Cod. The air was surprisingly crisp given that the temperature was over 90 degrees.  My dad and I stood at the very end of the beach, facing the vast ocean.  Each time a wave came up, our toes would become immersed in the icy ocean, and I would giggle with delight.  And then, as the tide rolled back, our toes were warmed by the sun and the sand was itchy between them.

The beauty, as well as the vastness of the Atlantic Ocean, was not lost on me, even at ten years old.  My handsome dad, with his jet black hair and bold and commanding voice, held my hand as he escorted me into the ocean to ride the waves.  There was no fear, just exhilaration. Even the trepidation I felt as the water reached my middle, could more accurately be described as exuberance.  Despite the suggestion of danger as the massive waves barreled towards us, I was safe.  My father, short in height but a giant in strength, held my hand with love and purpose.

And now, over 40 years later, it was me providing safety and support as my dad walked down the steps.

Although I am 55 years old and a mother of four, this transition is as frightening as being left alone at age ten to face those enormous waves.

It is almost too much for me. The little girl inside is hysterically screaming, “I need you, Daddy,” but the me I am trying to be knows how important it is to accept the role being given to me.  A little part of me feels proud to be able to give back, in a tiny way, to this man who has always been my rock.

It’s not always easy to grow up with a hero for a father.  My dad was not just a decorated World War II hero.  He was a lawyer in the Kennedy Administration, working under Edward R. Murrow, at age 35. He started a law firm at age 40 that became one of the most highly-regarded firms in the United States.  I was always in awe of him and his accomplishments and, not surprisingly, I was, and still am, in dire need of his approval.

My dad never seems to be thrown by life.  But I am.

I am railing against the most natural process in life, aging, because I can’t bear to watch my dad become less powerful. I am screaming in the wind.

I am no different than every other child who has been lucky enough to witness this stage when one’s parents begin to need them  for support.

But my mind refutes that. My dad is different I scream. He is superhuman, he is my hero.  To this little girl, the naturalness and inevitability of the process matter not.

My father is 88 years old, alive and well, still practicing law, rooting unabashedly for his favorite sports teams and romancing his lover of more than 65 years, my mom. I am lucky.  I need to stop this childishness and ease gracefully into this new stage.

The ironic twist is that he has always been my role model and when faced with a new challenge,  I have always asked myself how would my dad handle it.  This is not something he can teach me how to do.  Or is it?

The moment my dad put his hand on my shoulder, not to guide me but to be guided by me, was monumental. But perhaps not so for my dad.

Perhaps that’s what heroism is, moving through life with the same strength and grace without regard to the circumstance. My dad always walked into a room and took charge. Not by doing, but by being. Every teacher, every friend of mine, every person with whom he came in contact was ignited by his stature.  He had a strong signature handshake which he passed onto me. No one who has met my dad has ever forgotten meeting him.

I have spent countless hours trying to capture the essence of him, to inject myself with a little.  The word that always comes to mind is pride. He is proud.  And I am so damn proud of him…  So, now when I recall that moment, it becomes clear to me.

With pride, he held onto me. He was no less himself, there was no sadness, no humiliation or shame. He was still the man no one can forget.

He was proud to have me there to lean on while coming down the steps.

He had spent the week with my children, his grandchildren and was completely at peace.

When one lives every day with honesty, integrity, authenticity and pride, life is always meaningful, poignant and positive.  That’s the heroic act he has performed every single day of his life – being true to his values.

And so, it was my dad, after all, who has shown me the way.

My dad turned to me as I opened the car door preparing to say goodbye after a wonderful visit.  In his very best lieutenant voice he commanded,  “I would go into war with you any day”.  And in that moment, there passed between us everything I had ever needed from him. Once again, it was my dad doing the saving.. That’s what heroes do.