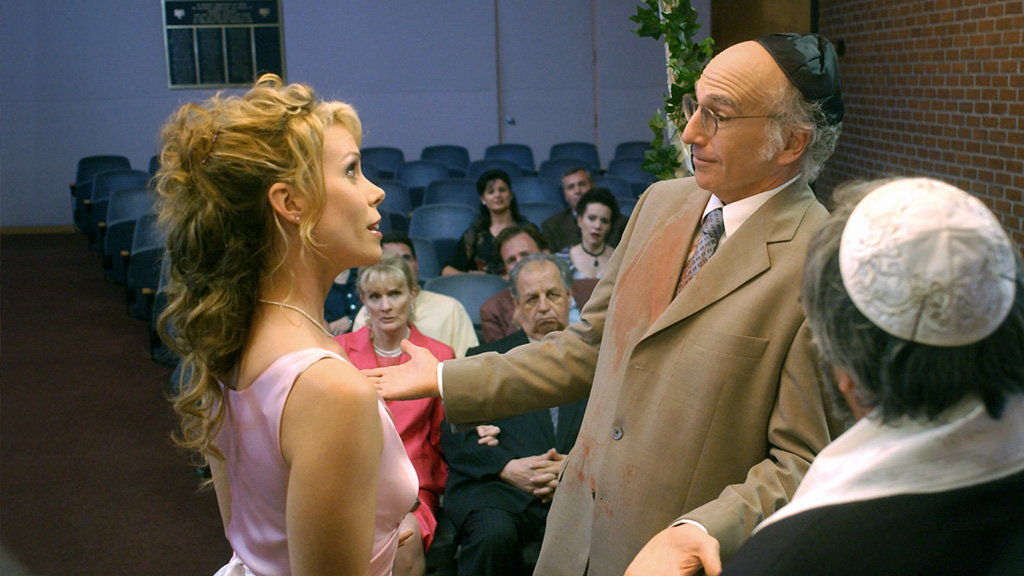 Yes, Some Jews Can Be Jerks

Starting to wear a yarmulke in public is like suddenly changing the color of your skin, or growing a third arm in between your eyes. Maybe not that extreme, but it kicks you into a different lane of being noticed in public. Suddenly, you’re not the crazy kid who decided to wear bright red paisley or a wacky hat or a t-shirt that says SLAYER with a picture of a bloody cemetery on it — you are One Of Those Jews. You’re making yourself a representative of an ethnicity, an ideology, a culture. Yes, you are part of a 3000-year-old tradition from Moses to Sandy Koufax, but you’re also one of those strange people who eats weird food and doesn’t use electricity on weekends and stands in the middle of the street praying to the moon.

One of my friends at work just moved into a new apartment. It’s not in a Jewish area, but the landlord is — you guessed it — a Hasidic Jew. So far, in the space of a month, this has happened:

and the dude never takes less than a few days to return her phone calls. She said to me one day: “Matthue, I really don’t mean to be racist by asking you, but do you have any idea what the deal with this guy is?”

I had the surge of protectiveness of the guy, of wanting to be like We aren’t all like that and I’m sure it’s all a misunderstanding and Some people just have a different way of communicating — but you know what? I can’t.

In the part of Maimonides’ Mishneh Torah that talks about holiness, he outlines the concept of spreading G-d’s holiness in the world. It’s called a kiddish Hashem, which literally means making G-d holy, which is accomplished by doing mitzvos publicly and spreading good things in the world.*

In New York City, there are a lot of delinquent landlords. I can understand it — you own this place and someone sends you a check every month. Some months, your renters might not need anything, and some months everything breaks down at once. Not all of these landlords are Jews, and most of them are probably not. But still. For an insular culture who doesn’t have a lot of contact with the outside world, the grumpy bearded guy in black-and-white clothes who speaks bad English and takes half your paycheck is not exactly the best example in the universe of a kiddish Hashem.

My coworker’s landlord is not the only chutzpahdik Jewish landlord in the world. One of the biggest offenders in recent news was a slumlord who was murdered last year in horrible circumstances — but who was, by many accounts, a supremely neglectful  landlord to hundreds and hundreds of tenants for years and years. (Almost totally unrelated, he had almost the same name as the evil rich guy in Batman Returns.) And, as I was preparing this post for publication, I got an email from another friend whose baal teshuva stepbrother has been telling the rest of the family that they aren’t real Jews. Not because of any matrilineal descent-related issues, mind you, but because they aren’t religious enough. Man, if our purpose in this world is to heal the broken fissures of G-d’s presence, then I’m pretty sure this is not the way to do it.

I don’t know. Maybe this week has been bad in general. In Brooklyn, the economy sucks and the weather is nasty. Crossing a street is like walking through a Slurpee. People are miserable in general, and the Jews are no exception. But last Friday, as I boarded the 3:30 Friday afternoon pre-Shabbos train, half my subway car was filled with Jews. People were sitting with their legs spread wide across multiple seats. People were talking on speakerphones, and talking loud. When this one Israeli guy started spitting and ccchhhing in the direction of this tiny old black woman, I wanted to go over to him and say, hey, achi, this is not doing good things for our people.

Look. We are Jews. We have been picked on throughout history. Right now, in America, we are relatively accepted and integrated and there are still a lot of dumb people out there but statistically speaking? We are really, really, doing alright. Most Gentiles, in America, at any rate, are down with the fact that we don’t drink blood or eat babies or have horns (the musical variety excluded). We aren’t relegated to being usurers and moneylenders. We don’t have to wear patches or armbands. Things are good, people. GOOD.

I don’t know. I definitely have my flaws. As a Jew. As a person. I’m lazy and sloppy and my kids basically totally trashed the stuffed animal playroom at the Prospect Park Zoo the other day. (I started to clean up/apologize, but they were like, don’t worry, just go.) On one hand, I think anyone that says that, if one Jew picks his nose in public, that means they’re all nosepickers, is being racist. On the other hand, I don’t want them to see any Jew picking their nose in public.** We are holy, we were put in this world to transform the mundane into holiness, and this world is full of ways we can do that.

I asked my coworker if I could call her landlord and tell him that, but she refused to lend me her cell phone. Maybe my first instinct was right, after all. Maybe we do have different ways of communicating.

* — Yes, it’s more complicated than that. Ask me and I’ll explain.
** — Not that nosepicking is by nature a bad thing. Maybe we should just become a society that’s okay with nosepicking.