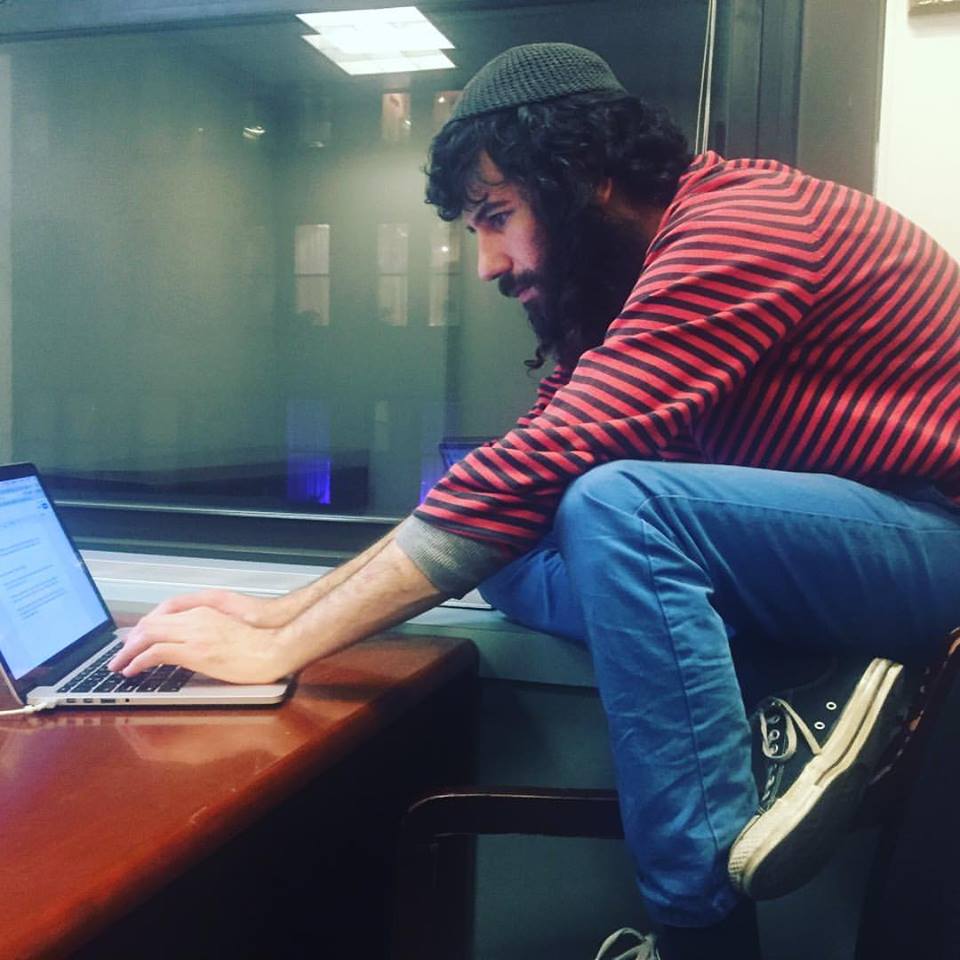 At Hevria, we are really blessed. Not only do we get to share ourselves and our stories, but we get to discover new people and new stories and share them with the world. Elad is really careful to talk about how we aren’t a creative website, we’re a creative community.

On one hand, it’s awesome that we’re writing and reading and sharing these pieces of ourselves with each other. On the other, we want to create a place where our writing (and music, and stand-up, and visual art, and so-experimental-we-don’t-know-what-to-call-it) gets better.

Every so often, I’ll try to answer a few questions about the craft of being creative. If you have any questions, anonymous or not, ask away, and I’ll try to answer. Also, feel free to completely reject my answers. Everyone’s process is different, so everyone’s a different kind of expert. Most of it’s based on my background writing four novels and two picture books, my time at the Fiction M.F.A. at Brooklyn College, and basically a whole lot of messing up. But hopefully this’ll help you to avoid the same mess-ups.

How do you narrow down your ideas before you start to write?

This is a wonderful, wonderful thing to be tortured by. You want to say so many different things, and they’re all trying to force their way out of your mouth at the same time! There are some excellent writers who thrive on this. Jeanette Winterson writes parallel narratives that wind together — her book Sexing the Cherry alternates between a giantess who wishes for a child and a biologist in England in the year 1640 who’s one of the first Europeans to discover fruit like bananas and cherries. By setting down her ideas rapid-fire, she puts the focus on the feelings instead, and the ideas move them along.

On the other hand, there’s me. I love that stuff, but I get easily overwhelmed. I try to focus really, really small, on just one idea, and let the other stuff drift in gradually, once I’m ready for it. I wrote an essay called “Gloves” that started being just about how I didn’t like to wear gloves with the fingers cut off and now I love them. From there it winds its way into my in-laws (every time they come here, they buy me new clothes, which makes me feel a bit like a pauper but I also love it), and how I used to go to folk festivals all the time and I don’t anymore and I miss it, to my daughter’s nervous habit of gnawing the hems off her clothes.

It’s hard to do that, and it’s a lot harder when you’re trying to take the reader along with you instead of launching new ideas at them like grenades, the way Jeanette Winterson does. To deal with this, I keep a running list of stuff I want to get to. That doesn’t mean I’ll get to all of it. A lot of the time, I won’t even get to most of it.

What that does mean, however, is that I have a birthday wishlist of future ideas to write about. And if they don’t fit in this essay, they can always fit in the next one.

I have four screenplays, all stuck at a crossroads. I run into situations where I have several choices for dialogue/action/plot. In many cases, that decision can change the course of the story and sometimes leads me to change format or genre. I’ve considered using one of my 20-sided dice, and accepting the fate of the roll. Do you ever run into this?

As much as I want to shout at you, “Use the dice! Use the dice!” — because (a) that is an awesome technique for dealing with difficult life decisions — I recognize that this is not the most professional thing to do. Not only do you not need the dice, but the idea that anything can happen, while it’s incredibly freeing at times — once you’re deep in your story, that idea could turn into your worst enemy.

Joyce Carol Oates once said that, whenever she writes a story, everything that goes into the story is contained within the first sentence. “By the time I write the second sentence,” she says, “it’s all over.” *

That feels horribly prescriptive, and it feels very Calvinist (in the sense that we have no choice and everything is predestined) and not very Jewish (in the sense that Hashem recreates the world from nothingness at every moment, and our fate is ours to decide). But, hey, you’re writing a story, and you get to do whatever you want to these characters.

Except, of course, that you don’t do whatever you want. You do whatever’s most entertaining, and most meaningful, and whatever reveals something important about your character.

That’s the key. If you want to show how much a character loves money, make them suddenly lose it all. If your character is a friendless loner, come up with a way to throw them into the middle of a party.

The beginning of your story is about your character and their problems and their desires. The ending is about giving them what they want, or not giving it to them. Everything that happens in between is you casting your magic — it’s a series of episodes that happen to your character, each one harder or more dangerous or more magnificent than the last, all of which only really have one goal: to challenge your character and to show the reader a little bit more of what they’re like.

How do you finish projects!! How do you have follow through!!!! how do you manage a writing practice!! Practicalities, please, please.

First thing: You’re a freakin’ writer. Which probably means, if you have another job, and that job pays you in actual money, then your job is more important than whatever dream projects you’re working on. Also, depending on the status quo of your life, you may have children/pets/lovers/potential lovers/parents/roommates who have needs like feeding/attention/gossip/baths/walking/loving, all of which provide you with the tangible benefits, from love to not stinking up your house, all of which are more important than writing.

Which is to say: If you have other priorities, and we all do, then writing will get pushed lower on your list. It’s your job to push it back up.

There’s a far leap from that to the “I HAVE NO TIME TO WRITE” that I get from most of my writing friends, though. Like, wtf — it’s medically unhealthy to sleep more than 9 hours a day, your job is probably taxing but not that taxing, and Netflix doesn’t release that many series a year (yet).

I have four kids and a full-time job. I sleep too much because I’m depressed and, like you (I presume), I spend much of the time I’m supposed to be writing instead rubbernecking at our disintegrating country on Twitter. But I still end up writing, not a novel every month or anything, but a pretty healthy amount.

Take account of your time. Cherish it. If writing is a priority for you, and it sounds from your stranglehold of exclamation points like it is, then give any time you can to writing.

And give that time for real. Don’t let yourself be distracted by that “it takes me an hour to find my groove” cuck. Forget your groove. Put some words on a page. They don’t have to be good words (although, who are you to know whether they are?). For thirty minutes, don’t let yourself do anything else. I’m a big fan of closing up my computer and writing on paper. Or taking a subway where you don’t get Internet. Not lying: Elad and I used to get on the train at Kingston Avenue, ride for an hour in silence, writing, then take the train right back to Kingston Avenue.

That’s one possibility. Another technique: Write short stuff. One of my favorite writing-practice stories: an interviewer asked Lucille Clifton, a prolific poet and the author of six children, why all her poems were so short. She told them, “You try spending all day with six kids, that’s about all you’d be able to remember, too.” **

I write long. The best thing about that is, I always have a novel-in-progress that’s calling my name. The worst is that it takes me two years to finish everything.

Lately I’ve started taking out a blank sheet of paper, forcing myself to finish something before I get to the end of the page, and before I stand up or start doing something else. That’s one new thing I’ve created in this world. It’s not always a great thing. But how awesome is it that there’s one new story in the world, and it took that little time?

If you have more questions, just post them below, or send them to my first name at gmail. I’ll try to answer more next time! And let me know if this helps, or else I’ll just write more road-trip stories.

Make Your Story Make You Bleed