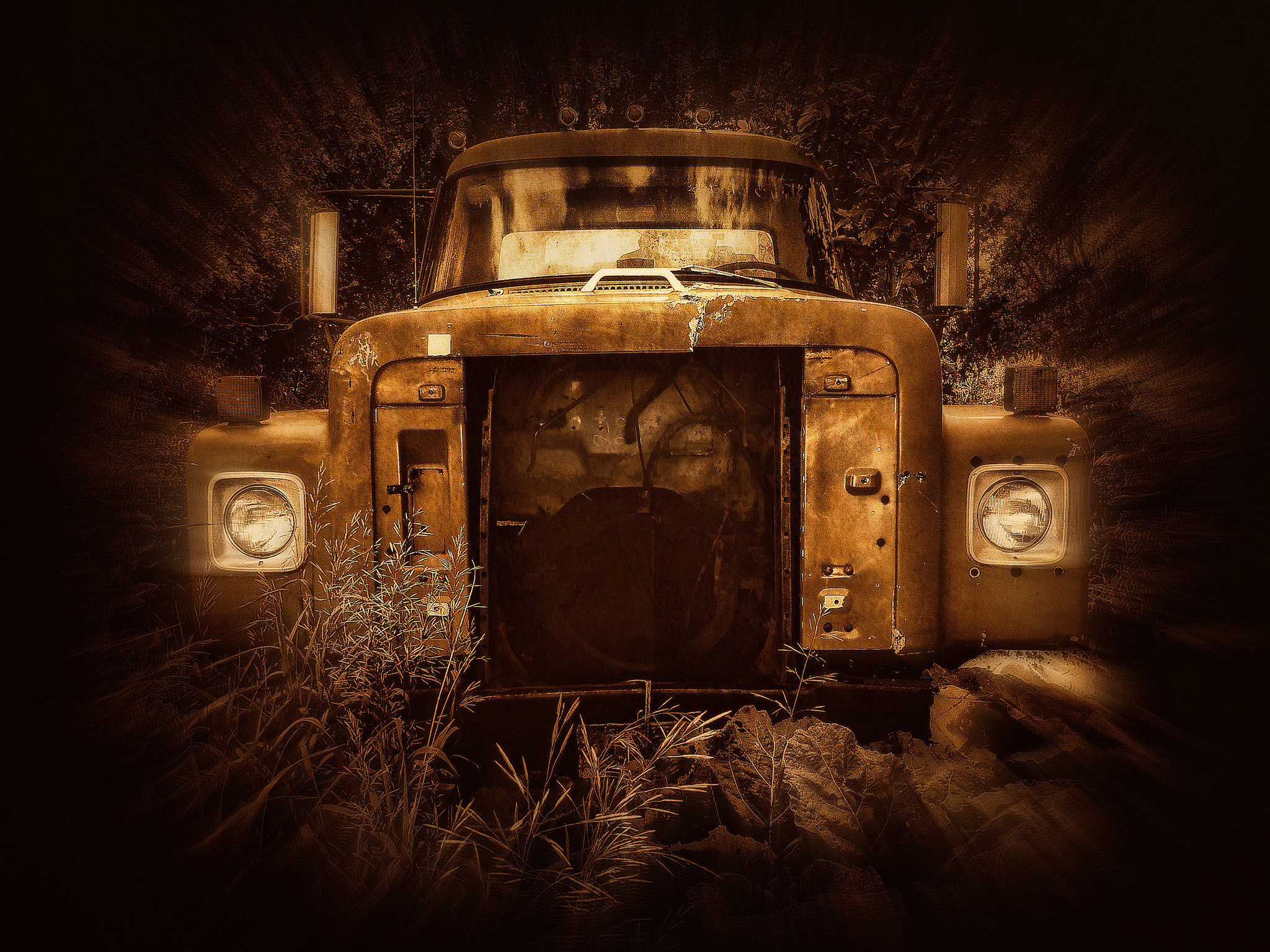 When I Was a Country Song

We camped at night, drove out by dawn, taking blurry pictures of the Joshua trees as we drove. I was with my friend Elyse, and we were both crossing the country for our own reasons, our own motives. In another life, we would’ve had nothing to do with each other. In this one, this trip was the only thing we had in common.

That very lack of bonding was our bonding. We had nothing holding us together, nothing to feel ashamed of. And, like, yeah, she was a girl so there was always the possibility of me feeling attracted to her, but she was so big and rough and straightforward that it would never happen. She was a combination of every friend I’d ever had and every man I’d ever feared.

Elyse was escaping her ex-girlfriend. Her ex-girlfriend had been another in the string of friends I’d called best. She’d told me stories about Elyse since the first days of their relationship, when they’d had illicit meetings at the queer bookstore where they both worked. My friend was the manager, Elyse was the stockroom girl. In my friend’s stories Elyse had gone from being a secret object of desire to being a wonderfully obsessive girl who followed her across the country, and then, finally, a simple, too-happy Midwesterner with whom she had nothing in common.

Their relationship was like an expired package of cheese neither of them liked the taste of anymore. In the divorce, though amicable, things were divided. Somehow, I was bequeathed to Elyse.

This was the person I was sitting next to, in whose SUV I was currently riding. I used to get rides to elementary school every day in the back of Raul Kaleman’s mom’s SUV. This was before SUVs were everywhere; they just called it a Jeep. Paul’s dad was a bricklayer; he squeezed my hand when he shook it even though I was eight years old and he used to call it a wuss. I’m pretty sure I’d sworn never to ride in one of these again.

“I’m not really looking forward to seeing anyone back East,” Elyse told me as we packed up that morning. “I miss Center City. The bookstore, for sure, and the pulled pork sandwiches at More Than Just Ice Cream. And my new girlfriend. I want to see her, for sure. But aside from that? Nobody, really.”

This, I thought. This is why I’d chosen her as my traveling companion — or, I guess, why I’d said yes to her choosing me as one, or why G-d brought us together. Elyse made life simple. She was from Iowa and talked slow, which caused some Mission girls to keep calling her “adorable” — she was nearly six feet, wore trucker caps, and could probably beat you up — and others to ignore her. On the highway she always drove with the windows open, her elbow hanging out like an anchor on a boat, and her dog Joey sandwiched between seats, head poking up the front. His tongue lolled out and it kept whacking my head. We only listened to country music, and we listened to it loud.

“I’m not like that at all,” I told her, watching the road open up before us, watching the Joshua trees roll back into history. “I can’t stop thinking about the people I’m going to see. I miss New York like something huge, Elyse. Even the places remind me of people. Like the person who showed me the underground ping-pong bar for the first time. Or the first girl I took the Staten Island ferry with.”

“But what happens when you meet someone you want to take everywhere? Rubbing them old people off of those places is a long, hard job.”

We’d spent the whole morning packing slow. This was our farewell to California. Soon we would be in the Midwest. Neither of us knew what to expect — not the butch dyke in plaid who might blend in at the trucker bars except she was so distinctly a girl, and definitely not the goofy-looking Jew with the weird shaggy sidelocks.

We hit the road late, the sun high in the sky, then raced against Shabbos driving to the Grand Canyon. The afternoon was retreating as Elyse pulled into our campsite.

She made the fire. I set up the tent. I didn’t get a chance to survey the campsite before sunset — heck, I didn’t even know when sunset happened; here on the road, with no internet to check the time and no buildings to block the view, we just sort of sunk into it.

It didn’t matter now what time sunset was. We could see the sun crawling the horizon, getting ready to leave us behind. I stuck tent poles together, untangled bungee cords.

Behind me a fire sizzled. Elyse threw together breakfast food for dinner. Eggs, diced potatoes, a ton of fake vegetarian meat, bacon and sausages and those unnervingly-named “breakfast patties.”

I prayed outside. It was such a risk, bringing in Shabbos alone. No city to ignore. No other people in synagogue. Nobody else to not use electricity with you–what if I messed up? What if it was really Thursday? We ate dinner in the tent. For the whole next week, it smelled like smoky breakfast. It charred my lungs and I loved it.

This is a weird travel tip, but if you’re an Orthodox Jew going cross-country, try to travel with a goy. If only for Shabbos — Shabbos! — they can carry your keys and a map.

As the more useless one in our party, I tried to make myself useful. I paid for gas. I read the maps (I was good at maps). I walked Joey every chance I got, trailing after him with a scrunched-up plastic bag. Every two hours he had to be walked. A lot of the time there were no trees around. The poor dog had been raised in a city, expected to find trees every block, and had to force himself to mark his territory in the sand. It was the dog equivalent of peeing in your pants. Elyse and I told ourselves Joey was turning the entire United States into his territory. We called it Joetopia. That was another of my duties: to make her laugh.

I would be Elyse’s confidante, I thought. The breakup had been amiable, but it was still traumatic–it had to be. You move across the country. You move in together. You don’t know anyone in the whole San Francisco world but the girl you love, and then something shatters and she isn’t the girl you love anymore. Isn’t that what was behind our football games, our need to fill the void of lazy domestic time with each other?

I thought we’d get to this Thelma and Louise moment. Us in the car, jumping canyons. Forget the exploded relationships, mine with the city and hers with Jerrica. We could get into more great adventures on our own than we ever could with someone else.

That never happened. But over those campsites, those deserts, we got to a sort of stasis, a place where adventures didn’t matter. While you’re praying, the Talmud warns you not to get distracted by nature, an exceptionally weird or beautiful-looking tree or sunset or animal. One form of G-d’s Creation shouldn’t distract you from another. There’s a proper time for each. This was our time for staring out the window, the open road.

Image: You Stole My Heart, And I Want It Back by Dave Linscheid