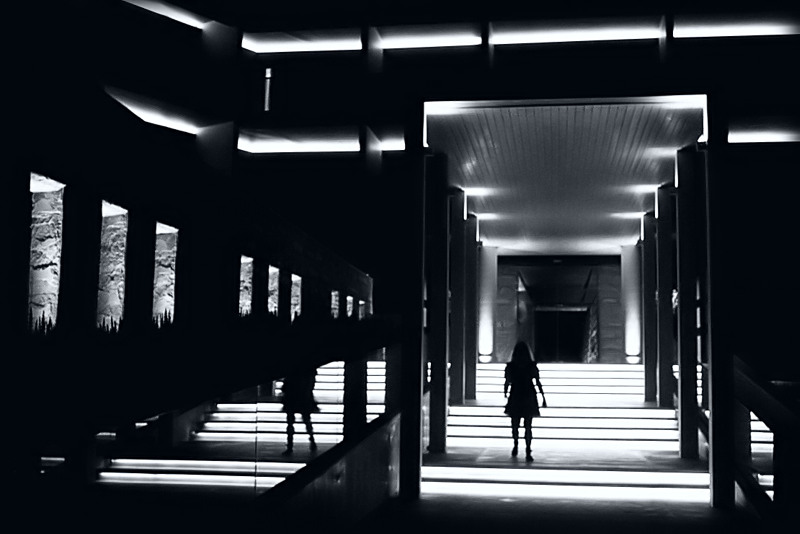 The Friend I Never Called

I steal names. You should know this, first of all, if you want to be friends with me (or friends of friends, or one-night drinking buddies, or if you just wanna ask me about my weird hair). If you have a good name, or a strange name, or a musical name, I might swipe it and stick it in a story.

Alexandra Blitman didn’t just have a name that stuck in my head like a song, but she was a person who did. She was the first person I knew who played cello — before her, the only actual cellist I knew about was the Slovakian cellist in the James Bond movie The Living Daylights, which my dad let me see with him when I was 9.

So I’m writing a story about a kid named Alex who’s a boy, and his best-friend-who-he-maybe-has-a-crush-on, also named Alix, who’s a girl, and I used real-life Alex’s name. Two strong trochees that might rhyme even though they mostly don’t. And Alex herself — she’s one of these people I always meant to keep up with and never did, and the few times I searched her nothing came up.

Then, last night, this did.

I tell stories for a living, and know that each is more than its headline. But Alexandra Blitman’s feels different:

I met her when we were kids, and we graduated from middle and high school together. We weren’t close, but we were friendly. Alex was friendly with everyone, though — a bright, free spirit whose genuine enthusiasm for life drew all of us to her, the straight arrows and the skaters and the jocks and everyone in between.

She died March 7, days after overdosing on heroin. She was 38.

Most of my friends, I don’t deserve to call friends. Most of the people I’d like to be friends with, I don’t even talk to. They seem like such magical people, with magical little worlds, and I’d hate to disrupt that with my stammery bad-haired self.

When you know someone even a little bit, they’re limitless. We see tiny glimpses of other people, two-second .gifs of a ten-hour series. Those people we think are our best friends, we’re only with them for a fraction of their lives.

And those people we barely know, we don’t even know how much we don’t know about them.

Alex and I were never part of the same social circle, although we were in orchestra together — Alex was the only cello, and I was a horrible second violinist who sat all the way back at the end of the section, even as an eighth-grader. I thought I would’ve gotten promoted maybe, just out of charity, except that Mr. Meyers was brutal and honest. When Alex played, he had none of the overwhelming praise he saved for Ashley Wilkes who played oboe or Lori Pay, the concertmistress, but she always hit her notes, and that made him proud.

We got along. I probably had a crush on her, but I had a crush on anyone who deigned to talk to me in those days of pimples and squeaky violin solos. More, I always just wanted to be her friend. She seemed like she’d be a good friend. Our lives converged, and then diverged, when she got in an accident with my best friend Patrick. He was trapped in a halo for the next three years, and she emerged relatively unscathed, and maybe I felt guilty being friends with her after that, or felt that I shouldn’t. Or maybe we just had different groups of friends. The Patrick business overshadowed everything, governed most of my social interactions over the next few years (my mom racked up hundreds of miles driving me to the hospitals where they reconstructed his spine). A few years ago I wrote a little book about it and this is one of the things I said about her:

In another life, we could have been sisters or maybe best friends, hiding out at each other’s houses, tumbling into bed and telling each other everything. In this world we were lunchmates, and we shared that with a tableful of other kids. I don’t remember how it first happened, whether she asked if she could sit at our table or if Patrick and I took our seats unobtrusively at the far end of the bench, sliding closer each day, having similar conversations about the same things until one day they finally converged. Pam’s conversational strengths were classical music, cartoons on TV, and what other people were really thinking.

(I changed her name to Pam. Patrick’s name isn’t really Patrick, either. Maybe I just save people’s names for what they sound like they should be doing, or for what I wish they would be doing?)

I should not be surprised, right? The opioid epidemic is everywhere. It’s hitting all kinds of people. According to the articles, this is kind of person Alex was:

She worked as a therapist with women and children in crisis, kids who were being raised amid abuse and addiction. It was hard work, emotionally taxing, and Alex often internalized it.

Alex loved the beach and the mountains. She was forever dancing, listening to and talking about music — everything from trance to Tori Amos, classical to Alicia Keys.

“You’d be walking through the mall and she’d see someone and say, ‘He looks like a really interesting character. I want to meet him,’ ” Sarah said. And she did.

Alex was an original — quirky and complicated, restless and gifted. Her parents didn’t give her a middle name at birth, but Alex declared one for herself, Victoria. She liked the way it sounded, cool and feminine. She started spelling her own name Alecks, just to be original.

I don’t want to quote the whole article — every little paragraph of it is another little treasure — although, maybe, I do. I didn’t know her that well. Some of the people the reporter spoke to, I vaguely knew (most of them, I knew as the kids on the other side of the classroom, the ones who were either way cooler than me, or not as cool as me, depending on how you felt about Dungeons & Dragons as a way to spend a Saturday night). The only one I knew was Alex, and I barely knew her.

Are we drawn to death because it reminds us of ourselves? Is it what these people meant to us, or didn’t mean to us, or because we’re hitching a ride on their final journey, wanting to claim some of the glory of it for ourselves, or some of the pain, to use it to define us, to make ourselves martyrs so other people feel sorry for us, so they feel jealous of us, because we have touched a piece of the infinity of this person that can no longer be touched? I read that, when someone dies who knows you, a tiny part of yourself dies along with them, the things you shared with them that you didn’t share with anybody else, the way they experienced you, which no one else will ever have the exact same experience.

If that’s the case, Alex barely took any of me when she died. And the parts of her — the microscopic, insurmountable parts of her I carried — are contained more in that article than anything I can write.

You know how I said that, even when you barely know someone, you don’t even know what you don’t know about them? I just want to tell you about the person who wrote the article. In middle school, she was one of those cooler than/not-as-cool-as people. We were definitely friendly and definitely not friends. Maybe she wore shirts with sports teams on them and I scoffed at her. Maybe I wore shirts with sports teams on them, hoping people didn’t think less of me because I was in camouflage.

Let me tell you what she does today. She’s a reporter for the Philly Inquirer. She’s won a Pulitzer. She’s a reporter — she uses the paper as a platform to show how public schools are fighting dropouts and raising prodigies and how a ghetto school went a year without fights. I think of what she’s doing and I tremble. I feel reverent. I think of the once-a-month phone calls I make to my state senator, the stories I write that try to make people laugh — it’s necessary, I know, but with the few people I make feel a little better, I wish I could figure out how to do as much straight-up good with my life as her.

Is that hubris? Chutzpah? A wish to touch more other lives, and my own basic egocentrism? Or is it that same feeling we get when people we know die, wanting to absorb their life’s glory into our own?

It is neither, I think. Maybe I’m wrong. Or maybe it’s covetousness — the kind we talk about in the Bible, the kind that’s not I wish I had that but how can I get one too, the kind where we see greatness and it inspires us to do great things. It’s been eons since I’ve talked to a stranger but maybe I should. It’s been forever since I’ve put on Tori Amos, since I’ve listened to music that made me dance without thinking about it. Our long winter is over. Maybe I should.