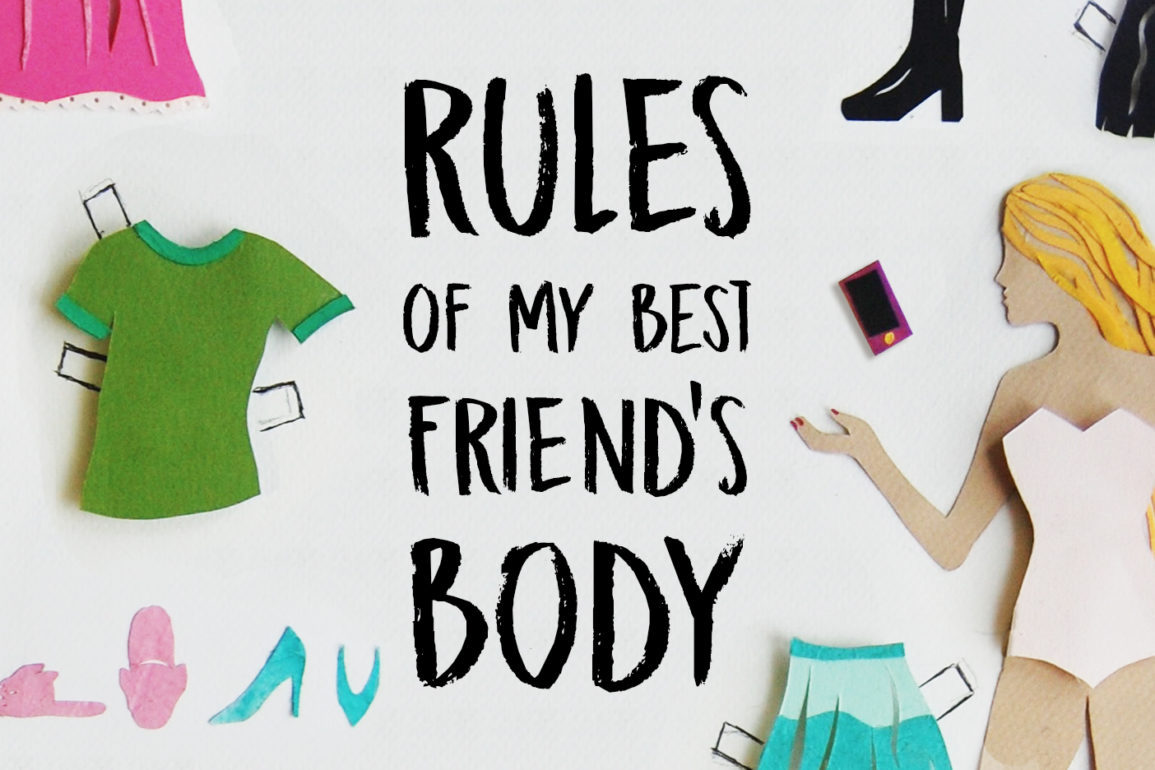 Rules Of My Best Friend’s Body: A Free Book For You

Wednesday night in New York, Matthue will be reading from his new book at the New York Public Library in the West Village. You should come!

I’d like to introduce you to Hevria’s newest project: the novel Rules of My Best Friend’s Body, a book I wrote.

When I was 14, my best friend was a girl. I’d never really known girls that well before, and I wasn’t sure how to do it right. This wasn’t a stigma of the organized-religious kind, but rather the more mundane nerdly variety.

I lived in Northeast Philadelphia, a weird kid in a neighborhood that wasn’t exactly known for hospitality to weirdness. In my school of several hundred people, there were, at most, a handful of kids who disdained pro wrestling or knew what a tricorder was or read books — either of their own volition, or of the homework variety. And for some reason — possibly that science fiction slants toward guy stories, but more likely that girls are taught coping skills and chameleon skills that we don’t need or aren’t given — most of those scant nerds happened to be boys.

But I met a girl. And it was a whole drastic shift in my thinking, in my priorities. It was a time of tensions: of popularity and the need to be alone, of friendships and sexuality. I was still new at the whole thing of having hormones, uncomfortable and at times violently opposed to having my body tell me what to feel, what I wanted to do.

Okay, here’s where I should insert the trigger warning.

This story is about a character who isn’t me, who has a crush on his girl best friend, who is also fictional.

And, on the night he’s planned to tell her about the crush, she gets raped.

This didn’t actually happen — I mean, not to me, not factually. But it felt like a constant stream of what-ifs. Why these invasive thoughts were taking over my body. Why kids I know had suddenly bifurcated into guys and girls, and why they treated each other so scarily. Who was the puppetmaster who was pulling our strings.

It wasn’t a crisis of faith, or it didn’t feel like one at the time — not immediately. I went to a Conservative synagogue. I went there religiously, but my visits were not necessarily religious in nature. I was good at doing what I was told — repeating the words in a prayerbook was a given to me; it was a task, like collecting a hundred coins in a video game. When I had questions about G-d in my head I didn’t wrestle with theology, I just took it for granted that there were greater answers, deeper answers, that I just hadn’t learned yet.

Until I hit the wall of disbelief. Where not everything added up, and it wasn’t as simple as books, and even my own body was rebelling…

And that, I guess, is where Rules for My Best Friend’s Body came from.

You can read the entire book online, or download it for whatever electric thing you have (also free). You can also order a real paper copy, with cover designed by the ceaseless Katie Skau, and a really cool-looking interior that I spent way too much time laying out.

This book was supposed to be published by Fig Tree Books, but things didn’t work out with them and so I did all the layout and printing and stuff on my own. Hevria isn’t just a website or a Facebook group or a film studio or a loose collection of impressively attractive people — we’re a community. We’re just a bunch of people with ideas and projects and creative fire.

This weekend in Crown Heights, Chaya’s producing an awesome live event with Israeli mystical settlers on tour. I’m lucky enough, and crazy enough, to have spent hundreds of hours working on this book. Thanks, you people — readers and writers and collaborators and onlookers and everyone who’s added their own two cents to the mountain of pennies that is Hevria — thanks for giving me a place to make this possible.

Oh, and there’s also a paper doll kit that you can download on the site and print out for free if you do it at work. Please, read the book. Check it out. Order a paper copy if you want. And let me know what you think.