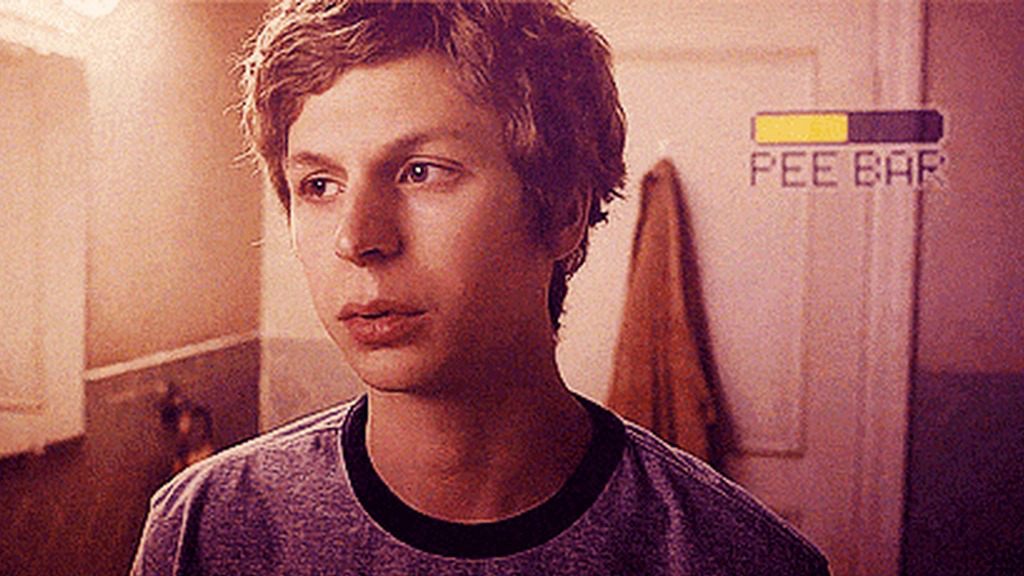 Sometimes you just need to get out.

There’s that moment at the bar where the debate is getting a little too intense and I’m getting a little too evasive, and it hits. The realization that I haven’t peed in two hours. Yes, I am sitting with one of my best friends in the world, and yes, we are yelling at each other at the top of our voices, but the moment I stand up, something changes — I have a bit more of my personal space to myself, I am seeing the room from a different vantage point, and the world seems like a little bit of a different place.

“Excuse me,” I say, in a completely different voice from the one I’ve just been using, and using words, like excuse me, that I never thought I’d speak again. And then: “I’ll be right back.”

And when I slip away, the world slips away from me.

Sometimes it’s just so good to go to the bathroom. Not the act itself, but the act of leaving behind the world and making yourself alone. I’ve been operating on a constant emotional peak over the past few weeks, and I keep telling people, “I feel drained.” Those three words have never seemed so inappropriate: Whenever I feel an emotional overload, what I really should be saying instead is, “I need to drain.” There’s a Hasidic concept called hisbodedus where you leave your surroundings, leave your world and run to the nearest forest and scream as loud as you can, at the top of your lungs. Peeing might be the urban version of that. It’s not a revolutionary idea. No, it is. I once worked in a place where nobody spoke to each other, we were all in the same big room, at our own desks, each of our heads glued to our respective computer monitors. Nobody even left for lunch.

I would take the longest bathroom breaks. Luxurious, ostentatious ones. Just the walk from my desk (right at the head of the office, the furthest of all from the restroom door) would take a good two to three minutes. I stretched my legs, feeling each tendon loosen, feeling my butt balloon from its hours of squashedness, feeling the newfound if momentary freedom of all my limbs moving. I tossed my arms forward and back, that exaggeratedly comical 19th-century walking that you only see in Monty Python sketches. I would drop something on the way, a coin or a piece of paper, take my time picking it up — kneeling down rather than just stooping over, because I had this vague notion of it being healthier, or it being, you know, like exercise. A very minor form of exercise, I was well aware, and almost nothing when you consider that for almost the entire remainder of the day I was sitting at my desk, chair too high and keyboard too low, basically committing a slow form of suicide by laziness, whatever the opposite of yoga is.

This is nothing compared to actual restroom time. I have thought many times of acting like I needed to go to the bathroom at work — doing the walk, the flush, the running of the water tap in the sink, maybe even washing my hands for real, and my face for good measure, just because water in movies always symbolizes a new life and, hell, at 3:00 in the afternoon of a work day I can definitely use a new life, even if it’s basically the same as the old one.

Just, here’s the trick: I wouldn’t go to the bathroom.

I’d just stay there. Hang out for a minute, or two, or ten. Maybe check my email on my phone — no, don’t do that, because that’s basically the same as sitting at your desk. No: just enjoy the damn silence. I used to work in a neighborhood called DUMBO, by the East River and among a bunch of old factories, and there were tons of areas there where you could hide, write stories, make out, even take a nap if you wanted. Now I work in Manhattan, and what we have are bathrooms. It really is the city’s consolation-prize equivalent of a forest: if you want to be alone, this is what you’ve got.

When I was just getting started with being a parent and Mayim Bialik was a little ahead of me being a parent, she said that one of the hardest things about being a parent was that she couldn’t even get away with going to the bathroom. In the moment, I didn’t really understand. Can’t you just leave your kids for 30 seconds? Even easier: if they’re really that young, can’t you just bring them into the bathroom with you or leave the door open and have them crawl around or drool right outside for a few minutes? It’s only now that I truly realize what she was talking about: it wasn’t the shitting, it was the separating.

I once had a girlfriend who would never go to the bathroom when I was at her place. She said she thought it was indecent, that she didn’t want me to see her that way.

“But you walk around naked all the time!” I exclaimed.

She thought about this for a moment and then acknowledged that, yes, that was true.

“So what is it that you don’t want me to see?” I asked her, and in that moment the answer opened itself up in my head: It was that rawness, that fundamental grossness that we are all repulsed by yet that we all share, that raw and stinky moment of knowing — and admitting — that each other, and that we ourselves, are human.

Because I can talk about bathrooms as a place of escape all I want, but the truth is, it’s there for a very specific purpose. We place a holy scroll on every doorpost of our house except on the bathroom door. When excessively polite people talk about shitting, they call it voiding. One of my favorite Jewish prayers is the prayer for going to the bathroom (not going but, you know, going):

…You formed us with wisdom
and created within us
many openings and many voids.