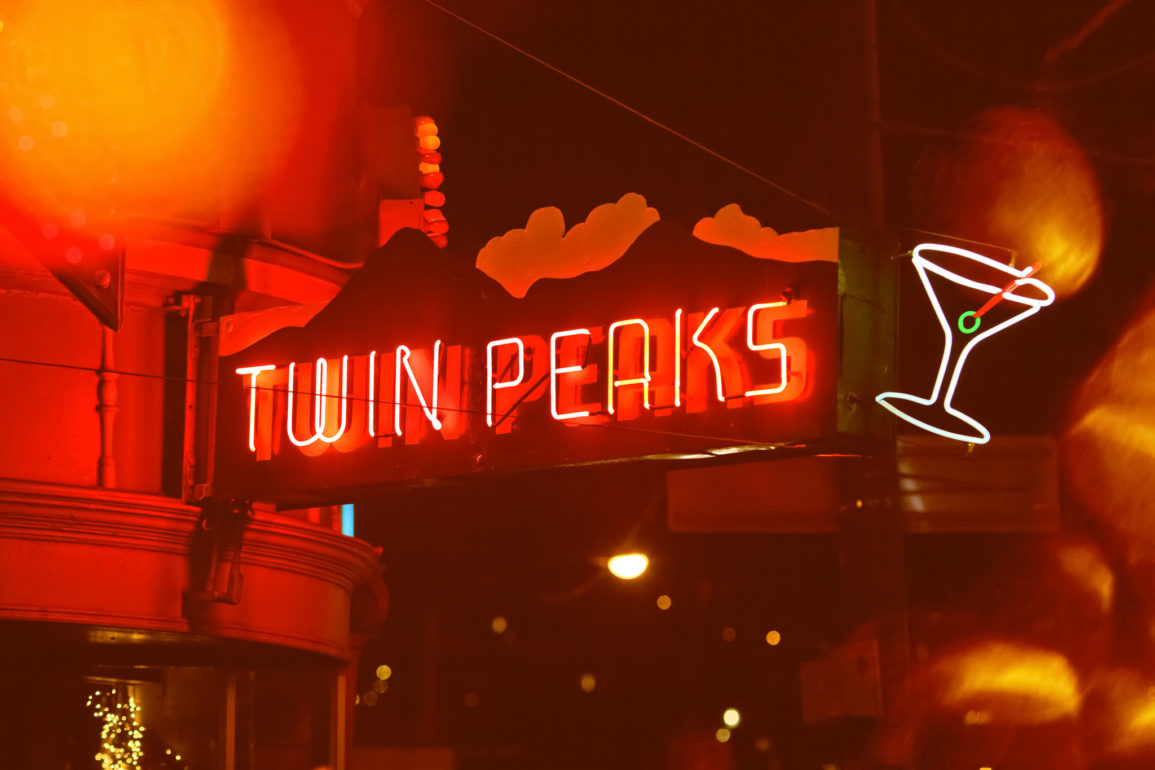 A few weeks ago, my friend Sarah asked if I’d house-sit for her. Not just to house-sit but to take care of her job. She had a weird job: she owned a Jewish novelty T-shirt company. She designed and printed up all these shirts, a summer-camp T-shirt that said Yo Semite! under a pair of trees; a uniform-like shirt that missionaries would wear called Jews For Jeter. My favorite was a shirt that was supposed to look like a construction worker’s shirt that said Moses over the front breast pocket and, on the back, it had a logo for a pyramid construction company.

Anyway, Sarah lived in an incredibly nice little house on the main street of the Castro. The Castro, if you don’t know, is the gay district in San Francisco. They were basically the only two straight girls allowed in that neighborhood. But the Castro was expensive, really expensive. It wasn’t full of young attractive skinny gay boys; they couldn’t afford the rent. It was full of old gay men with silver mustaches and two-thousand-thread-count polo shirts.

I had a fantasy—okay, wrong word, it was more like a dream—of living there. Each day I’d get up at ten or eleven, stroll over to Twin Peaks, an old, luxurious bar with velvet cushions on the benches and drinks served in glasses that you drank with your pinky raised up. I’d have a morning cocktail and dive into my writing, surrounded by huge bearish men who toasted each other with belly laughs. That’s how I’d always wanted to write. I would be one step away from being famous.

Best of all, she needed me to start watching her apartment the day that I had to move out of my old place. I said yes at once. Weeks later, I checked the dates on the calendar. I realized: it was the first night of Passover.

I’d moved to San Francisco right before Passover. It felt appropriate, fated, even: snow melting, the rush of spring, the birth of everything new. It was only fitting that I’d leave the city then, too.

I arrived at Sarah’s house in the afternoon, dumped my bags, and left. I had an ancient family custom—okay, I hadn’t grown up religious; I made it up myself—that, the day before Passover, I drank enough beer to keep me for eight days. I wasn’t sure where I was going to do it, or with whom, but on the way to the neighborhood I ran into Ahuva, my ex-girlfriend back from before I realized what girlfriends were, who’d just moved to the Castro. What the hell? At this rate, there’d be no elderly gay men left to have morning cocktails with. What have you been up to? she said. I’m Going To Stuff Myself With Beer, I said. Do You Want To Come?

We went to Dalva, a hole in the wall back when I’d done poetry readings every night, that had of late been retrofitted, bathed in cool blue and mauve lights as though ordering a drink was a performance, done up swanky and New San Francisco-ish. I barely recognized the first San Francisco bathroom I’d thrown up in, not from alcohol but from pure anxiety.

We ordered beers, tossed them back, talked about old times like it was a movie that we’d watched together, like something had happened not to us but to other people. The assholes that we’d been, so young, so full of ourselves, so unwilling to acknowledge our own failings. I was such a bad listener. I still was, but at least I knew it. The way we’d broken up, so embarrassing. We should have punched each other. We laughed.

We’d been friends for a year after that. We’d never been this honest. Back then we’d still been secretly attracted to each other. Now I looked at her like I looked at my teenage life. It was like another person, another world.

“Now we both live here, and we can be friends!” she bellowed, that drunk certainty. “You can introduce me to all the hot guys!”

“I’m, uh, leaving in two weeks,” I said. “I’m thinking of doing something drastic before I do. Should I grow a beard? Should I shave?”

Since I was in high school I’d had a goatee, well at first it was an emaciated imitation of a goatee, underfed with too little facial hair. As I’d grown and my parents told me I should start shaving, I’d only ever shaved my cheeks. It was less work. For a brief period, intersecting with certain phases of one or two alternative rock stars’ own hirsute moods, it was even cool.

But now it felt like a mark of my old life, my existing imperfections. I wanted to shed it like a bad habit. Standing at the bar was Steve Elliott, a really wonderful writer, a product of the San Francisco lit scene who’d just gotten named Professor of Writing at a real university. All the local writers came to him with questions, with problems. Ahuva and I approached him now. We asked if I should shave.

He scratched his scratchy chin and pondered it. “Sure, yeah, you should do it,” he said. “It’s change. Change is good.”

“But I can’t do it at the house,” I told Ahuva. “My razor’s packed away. And if I got hair all over Sarah’s stuff, she’d kill me. She’d never let me housesit again.”

“Are you ever going to be able to?” she said to me. Meaning: Do you really think you’ll be back?

We went back to Ahuva’s place. It felt weird: waiting by the door, watching her turn the key. In another life these few minutes would have been filled with an altogether different kind of anticipation. It felt right for her to be here: hers was part of the part of my life I was shedding, and that she was helping me to do it, it felt like a good break, a break agreeable to all parties.

She had an electric shaver, remarkably, the only kind I was allowed to use. Sleepy, half-drunk, about to descend into Passover—and then into the highways of Middle America—I held the razor to my mustache. Its three metal discs were cold and unfamiliar. I clicked on.

I kept Passover that year as best I could. I went to the kosher section of the supermarket, one of those half-assed kosher sections where they mostly only have gefilte fish jars and sacramental wine and year-round matzoh, and I bought literally everything that wasn’t meat. This is what I ended up with: egg noodles and tomato sauce, some instant-heat-up I-don’t-know-whats, a can of artichoke hearts, a brick of cheese, and tea. I bought a stack of disposable bowls that could double both as plates and cups. I found a teapot in the house—not kosher for Passover, not at all, but back then, in my situation, it was the best I could do. Isn’t that what I still try for? The best that I can do. I boiled water, made the noodles, put them away and began the now-much-longer walk to my rabbi’s house for the seder.

I never got to have morning cocktails at Twin Peaks. I moved into that Castro house the day before Passover. And, the morning after Passover ended, I leaped up out of bed and answered the house phone. It was Elyse, the only person I’d given the number to. She was on her cell. She was waiting outside in her SUV.

If you want to read earlier entries:

2. This Is How You Say Goodbye