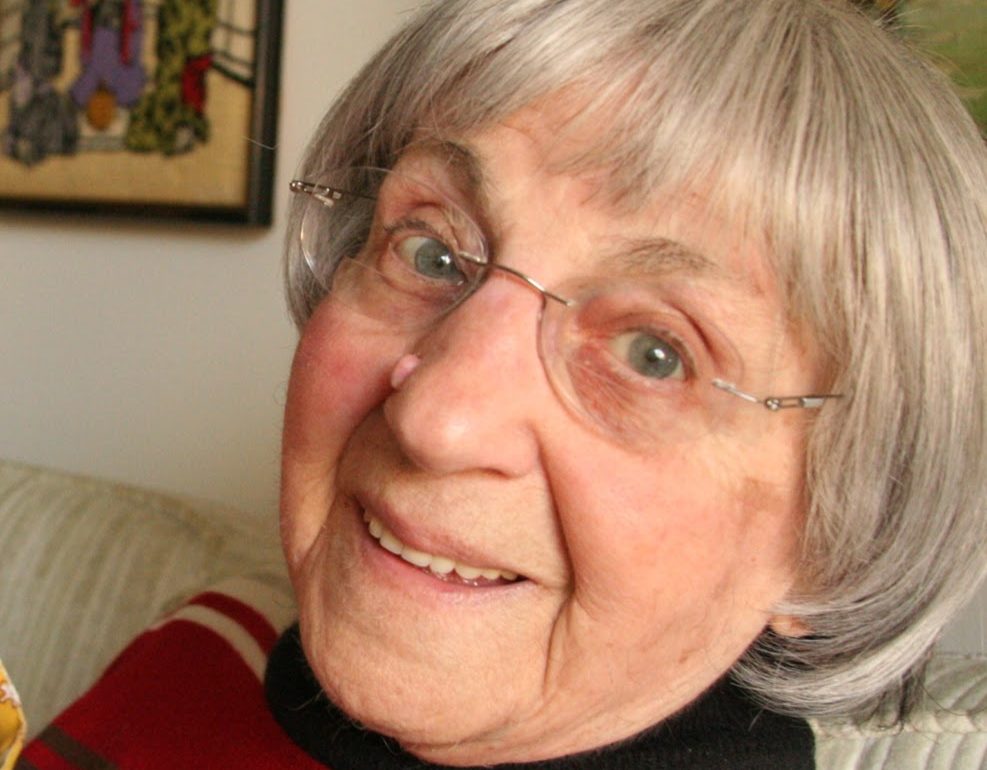 Leaving Behind The Smell Of Your House

The writer David Sacks said, when you move to a new place, the first thing you should do is record what it smells like. Smell is the weakest sense in our conscious memory, but smell is also the deepest, most sensory-specific memory we have, the only one of the five senses that wasn’t damaged in the Garden of Eden. The nose is connected to the Hebrew letter vav, the connecting letter between this world and G-d’s world.

But in the everyday bustle of life, scents have the least hold on us. When you settle in that new place, smell is the first thing you stop noticing.

There are so many things I want to remember about my grandmom. The smells of her house, kamish bread and blintzes, the warm fuzz of the fresh carpet that was so amazingly fluffier than our carpet at home, which was great for playing with toys on — my sister and I always wanted to take our toys there. Friday mornings when my grandparents came to our house to walk us to school, or whenever they came over, we ran down the stairs to show them our toys.

Later, instead of showing toys, we told stories. She was a great listener. She was the best listener. If we didn’t tell her about a project we did at school or an episode we watched of a TV show, it didn’t really happen.

She was more a listener than a talker. In those first years, I remember my grandfather much more vividly than her — her sitting beside him, her agreeing with him, her showing me the Sunday Philadelphia Inquirer he’d assembled while he was sleeping from working there all night. She loved him so completely. All of us she loved completely. When you were in the room with her, she paid attention to you like you were the only person in the world. She was more a listener than a talker.

But she was an entertainer. When she did get a zinger, it always zung. A doctor in the nursing home asked if those were really her teeth — “They better be,” she said, “I paid for them myself.” Even when she complained, it was magical. They played The Doors on the oldies station, the lead singer saying “Light my fire” over and over again at the end, and she swatted the air with her hand, “Oh, just light his fire already!”

She found the humor in every situation. When someone asked what she thought of my poems, her only complaint was, does he have to curse so much? And when I did my first show ever, she was there, in the front row, clapping harder than anyone. I apologized to her, sorry there’s so many curses, Grandmom. She turned around and said to the audience, I’m older than you are, you think I’ve never heard those words before?

She was so adaptable. When my cousin started calling her “G,” she took to it. She really owned it. But her world was the things she knew, the places she was comfortable.

She was raised by her parents, and also by her sisters, the youngest of three girls. And she was raised by the neighborhood, too, growing up in a corner store, back when everybody went to corner stores, working there from when she was a young girl, falling asleep in the back groom on two chairs pushed together because even back then, she was crafty.

I like to think she learned from the best qualities of everyone, that’s how she got to be so good. But she had her safe spaces, the places she was comfortable. She never left Philadelphia, but to her, Philadelphia was the world. She had her gang of girls, the same friends who terrorized the Gingham House, the Country Club, and every other restaurant in Northeast Philly for way over 50 years. They drove themselves. They took the bus. Their kids drove them. They took ParaTransit. “Not many of us still around,” my grandmom said sadly, one day, eight, maybe nine years before they finally stopped going at it.

When she finally moved from the house my father and uncle had grown up in, the house that I, my sister, and my cousins had grown up in, having our first sleepovers, breaking our first Yom Kippur fasts from the pizza shop on the corner, toting home cheese crackers and loose potato chips in ziplock goody bags, to an apartment building down the boulevard, my father and uncle measured the distance between her couches, the height of the paintings and needlepoints hanging on the walls, so the move would be painless and her new place would be just right.

And it was. They took care of her, and she never stopped taking care of them.

She was able to do less. She cooked less, and it must have frustrated her, who knew every inch of her kitchen and whose career was to care for her family. But she kept at it, pushed herself when she could, made schnecken less and frozen dinners more, but never stopped. Sometimes when we visited she was watching TV, sitting on the parking-lot porch, listening to one of the CDs from the single tray of CDs she owned. “I got to keep busy,” she’d say. Smells are the first thing to fade. I don’t want to lose these memories, any of them. I want to be back in there, back inside them, and not here, not today, not this.

She lost her husband, my grandpop, 26 years ago, the winter before my bar mitzvah, a lifetime. But she kept going. She filled the space of our void, she spent another lifetime. One of the first times she met my wife, she offered to cook for us. Whatever you like, my grandmom told her. My wife said, no, whatever you like. And so the three of us sat at her kitchen table having hot borscht and potatoes. The smells, the stories. She never told much about herself. The Old World wasn’t Europe, it was West Philadelphia, born and raised, and the story of her childhood was working in an office and asking her boss, “When are you gonna hire some single guys?” — until the day Bernie Roth showed up for work.

It wasn’t till recently that she started talking about going down the shore, a group of girls and a few couples, with boys…there were so many Grandmoms. Inside the corner store, a whole family. Inside her neighborhood, a universe. I wish I could’ve seen her on the Boardwalk, eyes shining, as excited about each new thing as she was about the art projects I showed her. I knew her for 38 and a half years and it still wasn’t enough.

In the end we are babylike, unable to care for ourselves, struggling to talk, stumbling through a twilight of memories. Her loss of speech mirrored her great-grandchildren’s discovery of it, and even when she couldn’t remember their names, she still basked in the delight of them. Their grandparents, their parents, freaked out at the chaos and mayhem they brought to the nursing home. But she loved it.

Many times she refused to eat, but even within that she provided for us — “I can’t eat another bite,” she said, oblivious to the food not being my fundamentalist standard of kosher, and no one’s standard of vegetarian, and chopped into infant-size bits. All she wanted was for us to be taken care of, for us to be happy. To encourage her to eat, my parents brought her single-serving bags of pretzels and potato chips, goody bags of her own. She turned around and gave them to the kids.

She did make us happy. Even when she couldn’t remember our names, even when her speech lost everything but its bare essence — Who you? Who am I? Where I am? — she seemed more concerned with the loss of our names than the loss of her own, as though, if there were only one name between us, she would have given it to any of us gladly.

Contributions in Ida Roth’s memory may be made, according to her wishes, to Kosher Meals on Wheels.