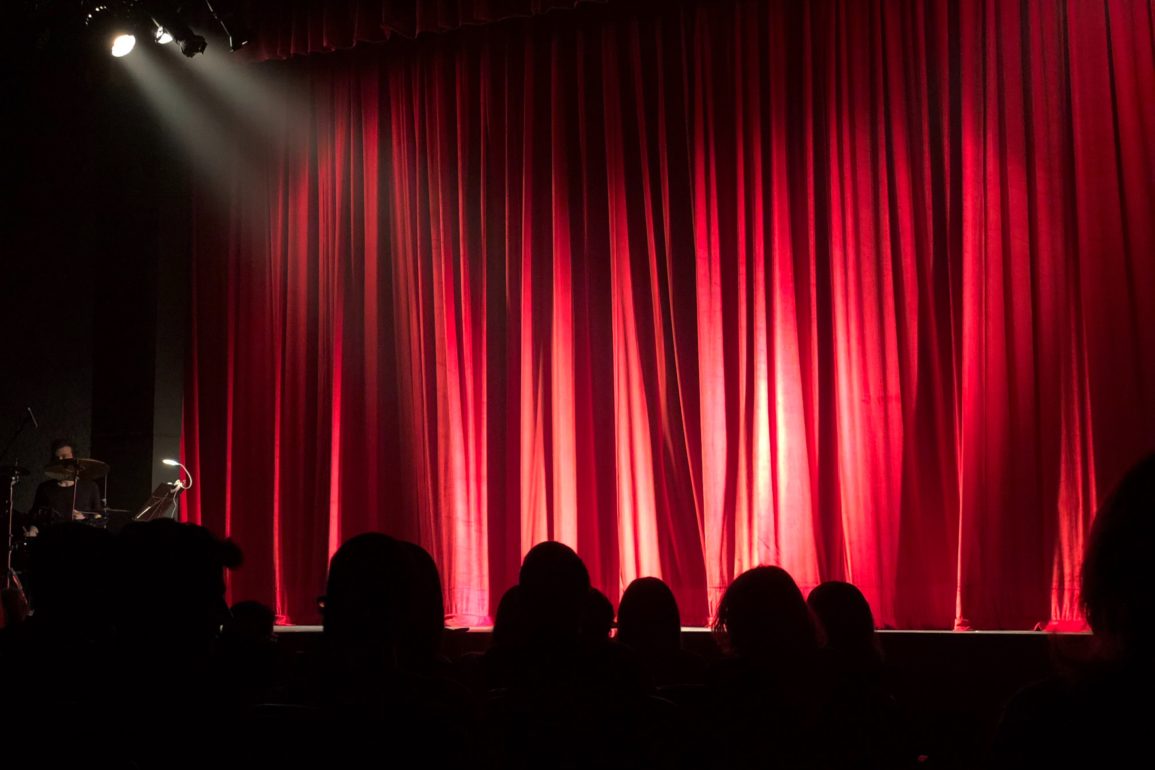 Don’t Go to Open Mics When You Look Like Me

We had the worst seats at the comedy club. Front row, wedged in by a table. If we got up to leave, even for a drink or the bathroom, everyone would see. If we laughed, everyone saw that. If we didn’t laugh, everybody saw that too.

My wife is a stand-up comic. She’s been doing this for a while, sometimes trying out new jokes, sometimes riffing on her tight ten. She comes to these places, empty bars before happy hour starts, the cold back rooms of restaurants, waits for an hour or an hour and a half or two, through a revolving door of other comics who wait for their three hot minutes on the mic and then take off into the night.

On this particular night, I came along — a date, of sorts. We were far into the first hour and approaching the second. The first performers were long gone, and the room was starting to show it. Still no sign of my wife getting called. The audience — that is, the performers — were nearly all male. We’re both a little weary. She gets up to go out for a few minutes.

Someone gets called to the mic, another of the three women there. She takes a breath. She consults the notes on her phone one last time. She rolls up the sleeves of her cardigan and launches in.

My first reaction: there’s no such thing as a bad Jew. I mean, maybe there is, maybe we all are. What my friend Alan who’s recording impromptu mp3 shiurim for me would say is, I’m a working-at-it Jew. I don’t know what I’m doing, I try to do the right thing, I often fail, but the Jews are called the People Israel and the word Israel means someone who struggles. We’re all bad, and we’re all the best, and we’re all trying to do better.

My second reaction: Oh wait, she’s talking about me.

I give a little started pull away, an inadvertent jerk, and both of us do a double-take, me thinking, oh no, I’m going to become a prop, and people are looking at me, her that her routine is going to be delivered in a completely different context than she had originally intended.

“And I’m not against dating Jewish guys because I’m anti-Semitic or anything,” she continues. Her voice has taken on an inadvertent deadpan. Not because it’s her character or personality or anything, just because she knows exactly where this monologue is going, and she has absolutely no way to duck or reroute or swerve out of the way. She is, it seems, not a great improviser. I so deeply feel her pain. I can’t think on my feet at all. At work meetings, when I have to pivot, I literally write down what I’m saying as I’m saying it, reading each word as I write. “I practice every day for thinking on my feet,” the rapper KRS-One says (I think it was KRS, at least), and I totally know what he means. Only, I keep practicing and practicing, and I can’t seem to think any faster.

“It’s just that Jewish guys have tiny penises,” she finishes.

She says it fast and indistinctly, muttering straight into her sleeve. She looks mortified with herself. But, like I said, unable to change directions.

The whole place (which, by this point in the evening, is not a terribly overwhelming number of people) are all staring at me, and really, there’s no possible way to avoid it. I’m like the none-ton elephant in the room. It’s like someone telling you not to think of peanuts, and then peanuts are all you can think of. Or it’s like having sex and suddenly Dr. Ruth is standing in the corner of your bedroom. Hi, I’m basically Tevye the Milkman.

I muster up as good-natured a smile as I can summon. For all my anxieties, I have never either identified with nor felt particularly insecure about that particular physical circumstance. However, I’ve been sitting in this singularly introverted pose, my arms pulled in and my legs crossed, that’s probably not the absolute best pose to be in when someone suggests your corpus is insufficient, and if I shift my position it’s just going to look even more embarrassing.

Instead I glance at the door, where my wife has come in. She’s looking at me mortified that I have to witness this, mortified that my being born and our being together and our moving to Brooklyn nine and a half years ago and the suggestion that tonight, maybe, let’s go out and get some kosher vegan nachos and listen to her tell a few jokes in front of a few strangers has somehow resulted in this moment.

Most of all, I feel sorry for this woman. Who somehow thought she would have an uneventful, unscathed night at an East Village open mic, who maybe wanted to commune with all her Jewish ancestors, from Moses on down to Carol Kane, just standing at a mic and shooting a few heritage-themed zingers.

She shakes her head — at herself, mostly, I think — sadly, sadly. She moves on to a new joke fast. I stir my fork in the skid-mark remnants of avocado, wishing I hadn’t inhaled it quite so fast.

The end of her set approaches. She slows down and gets that deer-in-the-headlights look again. The audience and performer, as one, cringe. We don’t know what’s coming next, but it can’t be good.

“I’m not all bad,” she says. “I teach retarded kids. They’re the sweetest! I actually got a job at this school in Brooklyn, it’s this ultra-Orthodox Jewish school — ”

And there, remarkably, we all burst into applause. Frantic, funny, floundering. There was something more to come, but she never gets to it. How sneaky, and how wonderfully ironic, of G-d to set something like this up — not just for her, but for us all.