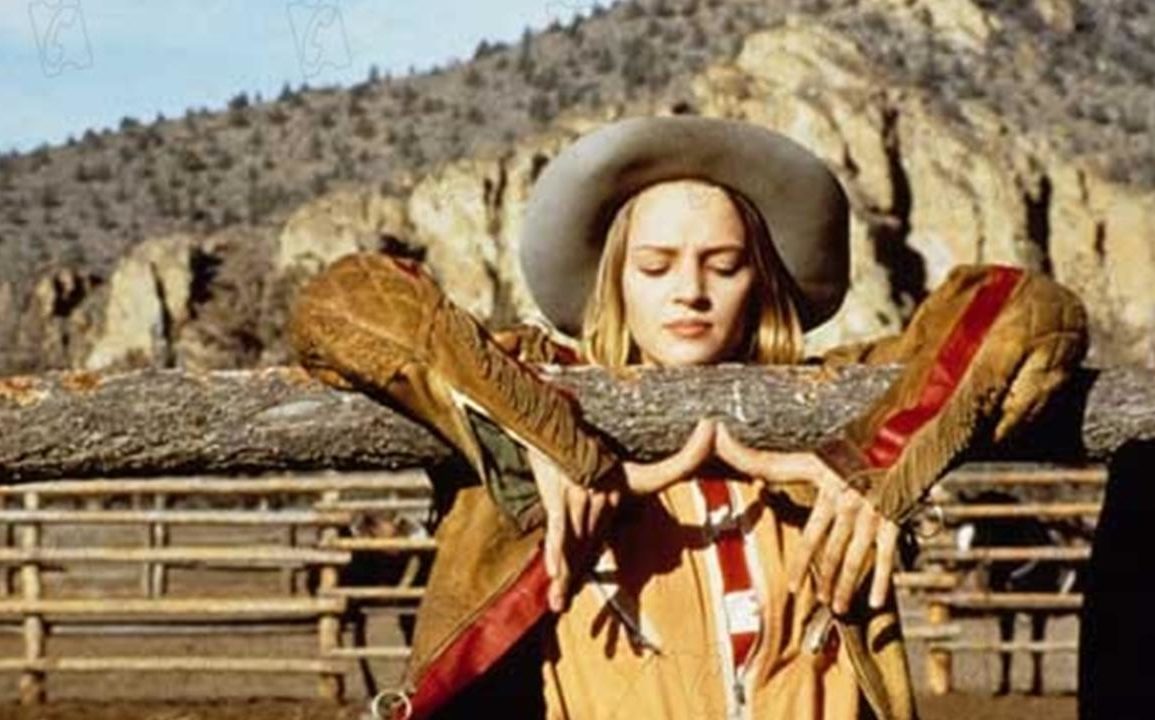 Life was too good.

I mean, no, not really. It was 2004—I still lived in a closet, still had basically no money, was still irrecoverably single, and, worse, in becoming an Orthodox Jew, and in starting to take it seriously, I had sentenced myself to only dating other Orthodox Jews.

But, within the hopelessness of all that, I had managed to strike a balance. My rent was cheap, and I could pay most of it through poetry gigs, making people laugh, getting them to buy a few more drinks. Collecting the performance fee, or selling enough CDs, or haggling with the bar owners just how much I was worth to them to do this. They liked what I did, and we all pretended we were friends, but who were we kidding? This was a business. None of us was getting rich off this, but we were having fun. We were in love with what we did.

Saturday night, the minute Shabbos goes out, I dive out of my black-and-white clothes and into a tiny t-shirt and skater jeans and over to the bar that’s having poetry night. I wait for the master of ceremonies to call me onstage. Most of the other people in the audience are queer. I like it better that way. In this city where no one is straight and no one is Orthodox, I can be a ghost of my desire. I am anonymous: always wanting, never getting.

just that you probably went
the opposite way as me:
You really were the best in your class
and your parents really did keep kosher
and you know all the rules I’m trying to learn
yeah,
you know them by heart
that’s why you’re breaking them all

The crowd, hearing everything except the part where I said I was fantasizing this and that it never actually happened, goes wild.

Sunday afternoon. We were sitting on a couch. On the TV, men in tights were causing each other serious pain.

“I know what you mean, Matt,” said Elyse, coming back into the room with the remote control in one arm and a massive yellow bag of Funyuns tucked under the other. I’d brought beer. She waited till the play was over to cross in front of the television. I was pinned to the couch. Elyse’s dog Joey was on my lap, in a position that would be embarrassing if you thought about it sexually. I didn’t. He was comfortable, and I wasn’t in any serious pain. I needed to stop thinking about everything in terms of girls. In terms of relationships. Sometimes dog drool is just dog drool.

On Sunday afternoons the sky is as bright a blue as it got, the wind so stiff you could stick a knife in it. Outside San Francisco was at its finest. Inside, we were watching football. Until a few months ago—until Elyse—I’d never done this before. Now she was teaching me the rules.

Elyse was my best friend’s ex-girlfriend. Although most of my friends were queer—I did live in San Francisco—I’d never known anyone as seriously gay as Elyse. She wasn’t queer; she was a lesbian with a big L. She didn’t go to queer punk-rock clubs or shave her head or go on serial make-out sprees at the Lex Bar like most Mission gay girls I knew—because they were hot, they were young, they were willing, and because they could. Instead, Elyse wore baggy jeans and sweatshirts, kept her hair sensibly short, had a real job (in academia, with healthcare) and watched football.

Which we were currently doing. Which we did a lot. She plopped down next to me on the couch, then jumped up a moment later, when her team nailed an end-of-quarter field goal by seconds. I couldn’t move. Joey settled deeper on my lap, immobilizing me. That was okay. There’d be other field goals, other reasons to arbitrarily cheer. I could wait.

Sometimes I get these moments where I see the future. It’s not true or anything—it’s just a momentary out-of-body experience where I’m floating above myself and as the whole world flash-forwards. I could stay like this. Keep doing poems in bars, maybe one day release a book, make enough cash to stop sharing an apartment and buy one of those tiny picture-book houses up on Bernal Hill. I could do this forever, gradually stop being the Wacky Punk Kid at my synagogue and become the Strange Older Man who everyone wonders why he’s still single while I keep lusting after impossible people and sometimes get to kiss them or get in a good conversation before we both realize how it’ll never work, and through it all I keep churning out a steady stream of amusing and occasionally insightful stories about the human condition and being weird—maybe after I was dead, someone would write their graduate thesis on me. Maybe I would get some fan emails. But what kind of life was that? In the meantime, wasn’t I going to do something with my life?

I did stand up, then, depositing Joey upon the ground in a disheveled heap. He bounced up happily and whimpered for me to do it again.

“Do you want to get out of here?” I asked Elyse.

Her apartment was in the middle of the Castro, the gay-men district, which fit better with her regular workouts and bought-at-a-non-thrift-store clothes than the bar-heavy Mission where I lived. For five o’clock on a Sunday, the clubs were unseemly packed. We deliberated as we walked and chalked it up to the fact that, as a muscley frat-boy couple outside the television bar explained, the final episode of Sex and the City was airing—although, really, it was like that every Sunday afternoon. People just waking up after all-night raves, anxious for a dessert to their weekend parties. This was, after all, the Castro. Early-bird specials went till 10 P.M.

Out on the street, buzzed but not blitzed by our football beers, everything felt like destiny. The streetlights turned on at dusk instead of night, giving the street a parade-like shine. We kept passing people we almost-knew, not remembering the circumstances, saying hi without worrying about consequences. We went to a bar and ordered cheap beer in cans, but the bartender brought over sparkling Cosmopolitans because some guy on the other side of the bar thought we could use them. Instead of being sketched out, we raised our glasses and saluted him.

On the way out, a ball-of-yarny Tribble of a dog ran up to Elyse and started humping her leg. I leaned back against a shop window and watched in bemused satisfaction. From the far end of the leash came a too-polished chuckle.

“Don’t mind her,” said the man. “She’s perpetually in heat.”

I was too busy scraping my jaw off the floor to explain.

Let me explain. Last year, I’d gotten flown to New York City to perform at a charity gig—one of my first big performances, and one of the least sensical. If they wanted to raise tons of money for charity, why spend tons of money booking acts and flying us across the country? In the airport lobby I’d sat next to Armistead Maupin, who wrote Tales of the City, the series of books that seduced me into moving to San Francisco in the first place. This is what I’d told him then, in a much less coherent manner, gushing in half-sentences peppered with lots of exclamation points. He smiled kindly—he had the kind of a face that made him impossible not to recognize, jowly cheeks and a painted-on ivory mustache in two separate slashes, / \ . He looked like he could be your gay grandfather.

He told me not to worry about the charity part, because charitable institutions knew what they were doing and writers don’t have a head for money. I couldn’t imagine what he was thinking—some random straight kid in a yarmulke coming up to a Southern gentleman pushing seventy and telling him, you’re my inspiration—but he seemed pretty cool with it. He didn’t give me his blessing, but I don’t know if he believed in blessings. As we boarded the plane, and he turned off to first class, he wished me the best. Back then, I’d taken it as a good sign.

“Hey there,” he extended his hand. “You’re that airport boy.”

“I sold a book,” I blurted out. “To a publisher, I mean. We’re going to start editing it in summer.”

“Good job,” he nodded. I imagined he wanted to pat me on the head. “To a New York house or a San Francisco one?”

“Scholastic,” I told him. It felt like announcing the name of my first child.

“That should be great fun,” he said. “New York City in summer is beautiful. Confidentially”—he lowered his voice, gazing down the street to see who was coming—“summer is the only time I can stand New York. Everyone’s gone, the streets are empty, and the city feels as though you own it.”

He gave a final, commanding yank on his dog’s leash—each dose of kindness must be balanced with stringency, the kabbalist in the back of my head whispered—and the poodle/Pomeranian/puffball dog came detached from Elyse’s leg. “I’ll be seeing you,” he said, as if he really would, and he moved on.

I stared after him, wondering what it meant. And then, as if to spell it out, Elyse said, “I can give you a ride if you want.”

“Home?” I said. Elyse had a car, but it was at her house. We weren’t that far away, and we were both too drunk to think about cars anyway.

“To New York. I told you I’m leaving, didn’t I?” I gave her a blank look. “To Philadelphia. To move in with my new girlfriend. Joey and I are driving there next month.”

Just a quick thing — this is a true story, more or less, or the first part of it. It’s not exactly a sequel to my memoir Yom Kippur a Go-Go, but if you’ve read it, you might recognize some of what’s going on. And if you haven’t read it, and you read this and you like it, well, you might like that, too.