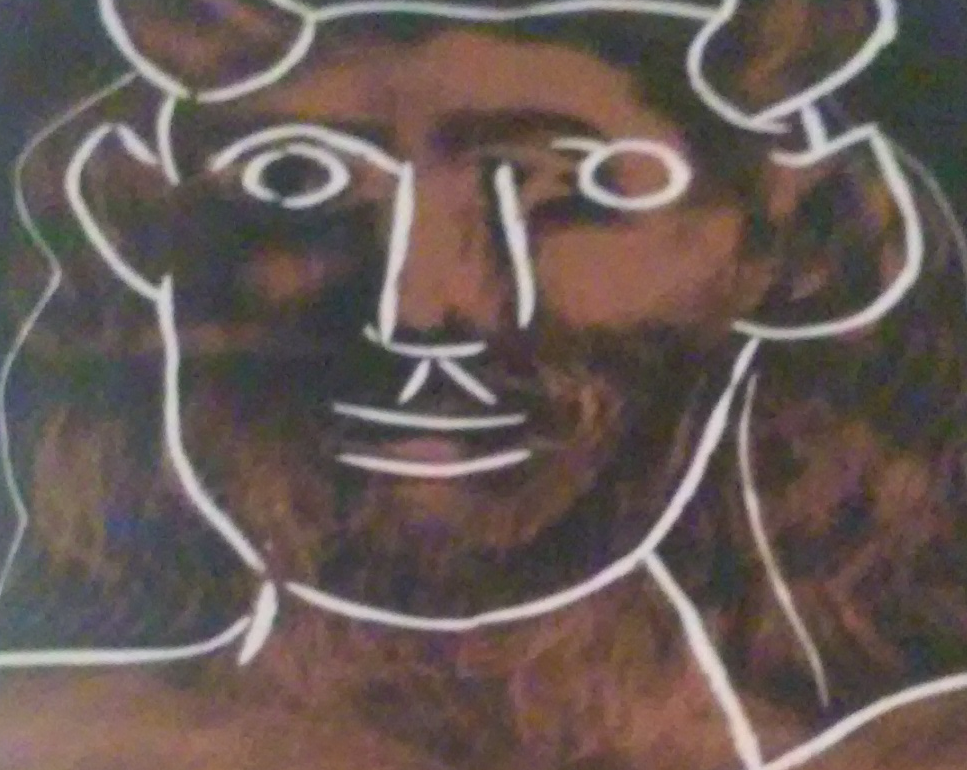 Cards Against Humanity Are Going to Destroy a Picasso

Multiple years into our relationship, I still can’t decide whether I love or hate Cards Against Humanity. It’s a pretty basic card game which touts itself as “a party game for horrible people.” If you’ve ever played Apples to Apples, it’s a really inappropriate version of that — a card will ask, “For my next trick, I will ____,” and the players all have to put out cards with a noun on them. I could list any number of examples, most of which are not appropriate for a site like Hevria — ooh, but here’s a good one that we can all appreciate — and several of which can be seen with a basic Google image search.

They’re really funny. They’re really inappropriate. They’re also very permissive, which means that you can totally play cards with that say something like “retard” or “Jews are cheap,” and, hey, it’s okay! It’s just a card game! You didn’t even say the word “retard” — it was on your card, which means you had to play it! Although every time I’m playing, and I do that, I still feel like a little bit of a bad person.

The company has done some pretty great things, too. “The company,” by the way, originally consisted of 8 writers, all Jewish kids, all, I think, in their 20s. They consistently run weird and awesome promotions, like raising the price $5 for a Black Friday anti-sale and then donating the money to charity. And they’re still learning how to be moguls of the game world — they regret writing some of the jokes.

This year, they ran a Chanukah promotion: send them $15, they’ll send you 8 random gifts. They got 150,000 people to enroll, which gave them a budget of about $281,250 per night, not counting mailing and profit. Some were cool (although my wife was unimpressed). Some were playing cards. At least one was pretty spectacular — they used the money to give a week’s vacation to the workers at their factory in China, an unheard-of thing in that country.

But, okay, tonight they sent a brand new present. And I’m not sure how I feel about it. (Forgive the Star Wars-type zooming, please.) It’s true. They’ve even enclosed a photo of the piece on the reverse side, like a ransom note: And, my fellow Hevrians, if I was a little bit uncomfortable with the idea of playing a card that used the word “retard,” take that squirm of uncomfortability and multiply it by 150,000.

I love art. I live, breathe, read, watch, listen to and play art. I don’t know much about visual art, but I did spend a lot of time living in Washington, D.C. and going to the National Gallery for free on weekends and standing in front of paintings for a really long time and thinking about them, which was a thoroughly amazing experience. And I don’t really know a lot about dance, but….yeah, I don’t really know what to follow that up with. I probably will never figure it out completely.

And I’m all in favor of weird, experimental art. And maybe that’s what the Cards Against Humanity people are up to. Maybe cutting up that painting will create an entirely new work of art, and we’ll all be a part of it and it will be new and strange and beautiful — no, that just kind of sucks. I’ve always felt suspicious of visual art, the way that only one person at a time can own it. It’s not like a book, where the author and the random ploni maloney who picks up a copy running to catch a train have access to the exact same story; it’s not like a film or a video game, where the desired product sits in front of each person’s eyes the same way. Visual art is basically a one-trick pony: when the original artist sells her painting to a private collector, that’s it. The public no longer has access to it. The artist no longer has access.

Atheists and nonreligious people and outside observers have a lot of problems with organized religion. And I think most of those problems aren’t the result of fear or anger stemming from our belief in an intangible-and-maybe-imaginary G-d (after all, basically all children have an imaginary friend), nor does it stem from our intense rituals (although, yes, praying 2 hours every day can get annoying for my kids and employers). I think it’s basically a violation of people’s autonomy.

If I believe in G-d and do all sorts of crazy rituals, that’s fine. But the minute I invade your autonomy — by claiming that YOU have to do all these crazy rituals, too, or saying that your afterlife is going to be a towering inferno if you don’t believe what I do, or saying that my individual religious beliefs require me to kill you — then the idea of religion in the mind of the nonreligious/atheist/observer is no longer a relationship between me and my G-d. It’s between me and them.

Just like religion at its most fundamental should be between me and G-d — and then, through learning how to love G-d, I learn how to appreciate the rest of the world, the religious and nonreligious parts alike — I think that’s what art should be. I should have a relationship with Picasso’s Tête de Faune. You should have a relationship with Tête de Faune. It should not be up to some damn kids in Chicago to decide whether or not Tête de Faune gets to remain in one solid piece or not. And I kind of hate that, just like 149,999 other people, I just handed them $15 and expected them to do good things with it.

Maybe what the Cards Against Humanity people are doing is creating an intangible, theoretical art in this moment. Maybe the art is just this decision time — the week that everyone has to call in a vote, and what they’re really asking is, Do you care enough about the future of this planet that you’re going to let your unborn grandchildren get to hang out with a Picasso, or are you going to destroy it? Maybe as soon as the votes are tabulated, they’re going to laugh, donate the painting to a museum, and say, “Man, some of you are horrible people!”

But it’s also horrible that they’re giving us the option to be horrible people.

update: The Verge thinks they found the Picasso — it’s a signed print purchased for about $14,000 at a Swiss auction house.