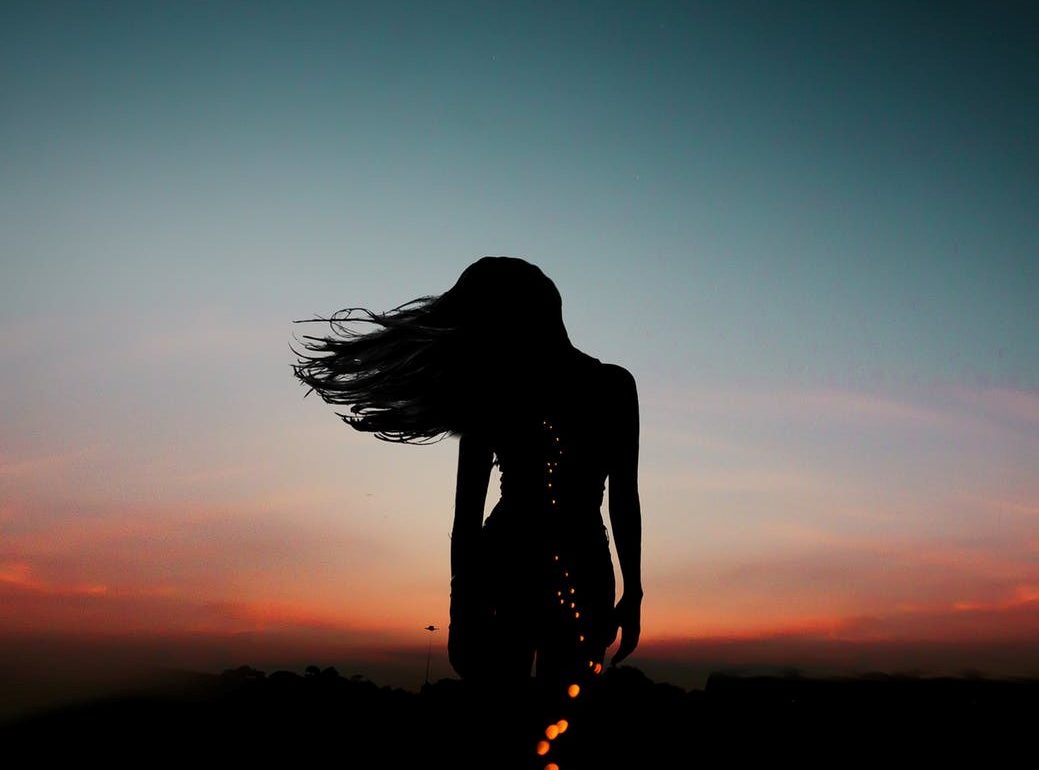 The Dream Of Ish And Ishah

A child in its mother’s womb does not know “I” and “you,” cannot yet live as “we.” It knows only living as one. Only later, when it falls from the womb and the cord is cut, are its eyes opened to the sorrow of “I” and “you,” to the work of “we.” So it was with the earth-creature, ha-adam, when the world was new.

In the beginning, the earth-creature lived as one. Formed out of the red silt of the four rivers that bounded the world, it was the only creature that shared breath with the Creator. It was the only one the Creator fashioned to be its companion, someone to walk through the new world with, to love and be loved by. It was the Creator’s one and only. Unlike the other animals, this one could hold all life within itself in a glorious, shining whole, worlds within worlds—earth, wind, water, and fire, rest and motion, light and dark, male and female. It was a mirror lit from within in which the whole creation appeared, with all the radiance of its myriad colors, a work of art for the Creator to gaze upon in joy and wonder.

The Creator walked with the earth-creature, delighting in it more and more each day. The two walked side by side, almost touching, light flowing back and forth between them. And as they walked, the light in the earth-creature grew stronger. Each day it shone brighter and brighter, reflecting more deeply the beauty of the creation. Its reddish skin shone at first, like clay wetted by the potter. Then it began to glow from within, its lovely shape silhouetted against the rising and setting sun. After a time, it turned red-gold, like molten fire, and faint wrinklings appeared on its face. One day, as they were walking, a crack appeared down the center of the earth-creature and a beam of brilliant white light streamed out. They walked on, but the crack grew longer, wider. More and more light escaped. The Creator rubbed water on the crack, smoothing over the clay to heal the split. But the light burst through. Again and again, the chasm was repaired, again and again, the light broke out. And the earth-creature cracked in two.

The two halves stood facing each other, each whole, each with the light shining from it, each reflecting glory. Two halves of a broken whole. Where one curved in, the other curved out. They stared at each other, unsure of themselves. When they were one, they had never met a creature like this. No bird of the sky or creeping thing, no cattle or wild beast was so luminous, so wakeful, promised so much. The strangeness disturbed them, and they stepped away from each other. Yet for all its otherness, this creature was familiar, the way the Creator was familiar to them, the way one recognizes oneself in a clouded mirror. Each reached out to touch the face of the other, tenderly, in cautious wonder.

They spoke at the same time. “Who are you?”

“I am the Companion’s beloved,” both said.

Their arms twined round each other and they drew closer, flesh calling to flesh, light calling to light. They lay down together, and the two became one again. But while they were joined, sharing breath, sharing fire, the memory grew of their oneness before they became two, increasing the light that glowed from them—the light inside each one and the light born of their union—until it seemed their flesh would burst and they would collapse into nothingness, and they let go of each other.

They lay side by side for a long time, gazing at each other. “Ish,” said one, “Ishah,” the other. But whether they were naming themselves or naming the other, the way they had named the other animals when they yet were one creature, they did not know.

“We must go to the Tree of Wisdom,” one said, saying the words that were forming in the other’s mind.

At the base of the tree, they sat down, side by side, knees drawn up to their chests, foreheads touching knees, eyes closed, arms crossed, hands resting on feet, breathing, in, and out, in, and out. Light shone from them and they were filled with delight, as they had been when they were one and walked as one with the Companion through the garden. And they thought, If we eat the fruit of the tree, we will see as the Companion sees. We will never forget we are one. We will know our oneness, always, and it will not destroy us.

“Tell me who you are,” each demanded of the other.

They wrestled until morning. Try as they might, there could be no victor, for they shared the same flesh, the same light of understanding. They knew that now, just as they knew they could not stay near each other. The memory of the oneness, the suffering of their twoness, the diminishing of the light that had once radiated from them, was too much to bear.

“I’ll leave,” Ishah offered. “You love the garden so. I don’t want to part you from it.”

“We must. You know that. I’ll go to another world. Perhaps there will be a garden for me to tend there.”

“Stay a while,” Ish said. “It will be so empty without you.”

“You’ll have the Companion, the Master of all Worlds. So will I.”

They were silent, not daring to touch. Finally, Ish said, “I’ll let you go only if you promise me you will visit me from time to time. Do you promise?”

Ishah left the garden. Eons passed. Ish, dwelling in the garden, in the red clay out of which they had been created, became more and more like a clod of earth. The longer he was separated from Ishah, the more his light dimmed, the more brittle his form became, and the less wind, less breath blew through him. He grew so hard and so lonely he fashioned a companion for himself out of one of his ribs, kissed life into her, and lay with her. He called her Chavah, the mother of all living things. She called him Adam.

Ishah wandered into another world, a world of air and winds and, dwelling there, became more and more like a breath of wind. The longer she was apart from Ish, the more her light dimmed, the more frail her form became, and the less earthiness coursed through her. She grew so lonely she fashioned a companion for herself out of one of her wisps of breath, kissed life into him, and lay with him. She called him Chaver, friend. He called her Lilith, the mother of all imaginings.

From time to time, even unto today, Ish and Ishah dream of each other, and wake in sorrow.