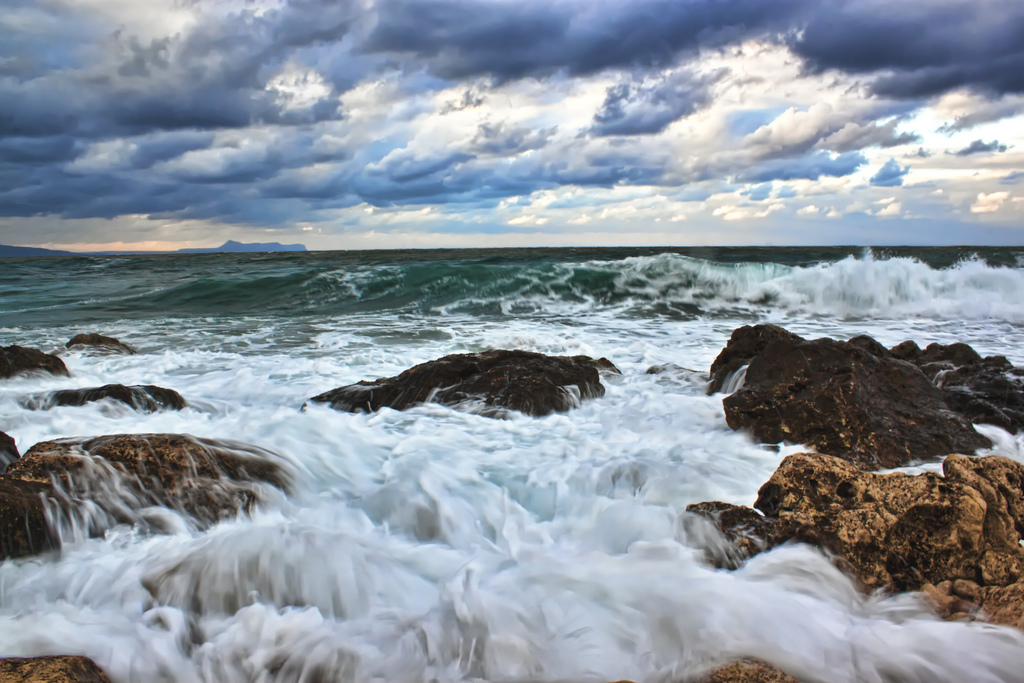 I’m pretty sure we all realize that the world is a horrible place. Just look at the news. Hell, just look at that arrest happening down the block.

But what’s weird to me is when people will retort something along the lines of:

“We’re still doing/talking about this? This thing is still happening? Isn’t it 2015?”

As if bigotry or prejudice or hate or oppression has some sort of universally known expiration date which its user is not abiding by.

“You still think Mexicans are inferior?! But it’s 2015! Are you seriously using expired racism? It clearly says right there on the package ‘Best by March 17, 1967’.  “

The world is a terrible place. And it’s never going to stop being terrible. But all that means is that we can’t stop trying to fix it. But don’t expect this version of it to ever be not broken.

Just look at this past week’s Torah portion. Particularly the Second Day of Creation.

Every Day of Creation, once the Torah has concluded its summary of the events of the day, is wrapped up with the phrase “And it was good”. This holds true for every creation day, with the notable exception of Day Two.

Rabbi Chanina, in Bereshit Rabba 4.6, gives the reason for this divergence being that on this day divisiveness was created, referencing the separation of the waters covering the face of the Earth into Mayim Ha-Elyonim, the “Upper Waters” (the clouds of the atmosphere),  and Mayim Ha-Tachtonim, the “Lower Waters” (rivers, oceans, seas, etc), recounted in Gen 1.6-8. The Upper Waters get to hang out near Hashem, so to speak, while the Lower Waters are confined to Earth.

So not only was it a schism in general that was created on the Second Day, but also a classification into the categories of “superior” and “inferior”. Understandably, this separation did not pass without some resistance.

Bereshit Rabba 5.4 says that the Lower Waters only separated from the Upper Waters amidst tears. Tikkunei Zohar, Tikkun 5, concurs, relating that the Lower Waters wept at their descent, crying that “We, too, want to be in the Presence of the King”, and so they surged up to flood the Earth in an attempt to ascend to join the Upper Waters. Hashem rebuked the waters and sent them back, placing the seashore as a boundary for them, and for all eternity the Lower Waters attempt to ascend, yet, when they reach the boundary of the shore, they remember Gd’s mandate, and they retreat.

While displeased with their planned rebellion, Gd nonetheless appeased the Lower Waters, forming a covenant with them that they would be given a chance to be close to Him once more via the sacrifices offered in the Temple. According to Rashi’s commentary on Lev 2.13, as a compromise sea salt would accompany every qorban (offering), and annually during Sukkot, nisuch hamayim (waters of libation) were poured on the altar.

Satisfied with the deal, the Lower Waters accepted. Yet despite this acceptance, they still did not abandon their course of constantly seeking to ascend, only to be driven back by the shore.

This narrative provides the basis for a lesson that would do a great many people some good to remember, especially those who go out to fix the world with the best of intentions, but keep getting knocked down by the overwhelming misery of it all:

This world, this physical world we live in, is inherently predicated upon inequality. It is embedded into the blueprint of the world. There is no timestamp. There is no expiration date. There will ALWAYS be not just “differences”, but superiors and inferiors, “uppers” and “lowers”, and the mindsets and social structures that go along with such.

HOWEVER, that doesn’t mean that we are to be content with such, shrug our shoulders at prejudice, and say that it simply can’t be helped.

As Jews it is our job to engage in tikkun olam, the repair of the world. In fact, it is indeed us who were personally vouched for in the mollification of the separation of the waters, the initial act of discrimination, as it were. Our sacrifices served as a direct assuagement to the primordial schism.

With tears. The same manner in which the waters separated.

It is said in Bava Metzia 59b that the Gate of Tears is never locked, and tears, as we all know, are made up of salt and water, the two representatives of the Mayim Ha-Tachtonim that were offered on the Altar. Acts and ideologies of prejudice serve to evoke tears: tears of pain from those forced to endure them, tears of frustration from those trying to fight them, and it is these that now ascend upstairs in lieu of sacrifices, which is the only recourse Gd really has to keep His Word to the Lower Waters. With the cessation of sacrifices, the Lower Waters were left hanging, so to speak, leading to the ironic scenario where injustice becomes the solution to enable the quelling of an injustice done.

We’re fighting a fight against the inherent nature of the world since before the concept of Man or time was invented. But if we don’t, then we’ll never get to that golden Messianic Age were all is FINALLY well with the world.

So don’t get frustrated. The world is terrible. And it always will be.

Just dust yourself off and get back out there.

Just ask yourself: Do the waves still crash against the shore?

Because if they are, then you need to be still out there, too.