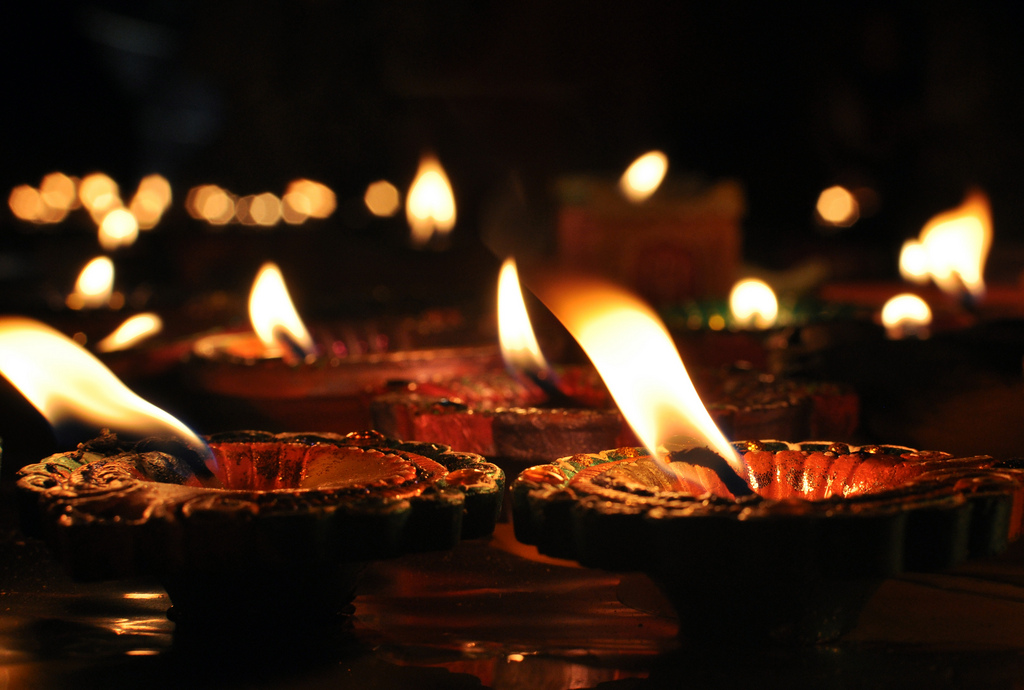 A State of Havdalah

When we stood up to say the shema, every fiber of my half-Modern-Orthodox being told me to sit back down.

I was pulled in two directions. Up to a radically different Reform Jewish experience. Down to the Open Modern Orthodox experience I had always known, loved, cherished and grown woefully accustomed to.

Always a “child of havdalah,” I grew up between two extremes– sitting down and standing up, religion and secularism, religious Judaism and cultural Judaism, light and darkness. My divorced parents had never dictated which way I should go, and I had never made a choice.

I sat with my father (on the opposite side of the mechitza, of course) at shul during the shema. I watched movies with my mother on Friday nights. I was repulsed by the taste of smell of herring at kiddush, just as I was repulsed by test prep sessions on Saturday mornings. I was enticed by the connection with God I kept in one house, just as I was enticed by the freedom from God I kept in the other. I accepted both halves of my life, just as we accept both parts of havdalah. The darkness that surrounded my havdalah candle relied on light in order to truly be havdalah— separation from what I was and what I now knew I had to be.

I stole a furtive glance to the serene congregants around me. They were clearly used to sitting down and standing up at the wrong times. Or were they the right times? They clearly knew which prayers to say in English, and which in Hebrew. They had done this before. The Reform motions were deeply etched into their identities– perhaps in a way I wished that Orthodox motions were fully etched into mine.

Their colorful talleisim and jubilant singing made my long skirt, covered arms, and Orthodox-wannabe persona feel out of place. Every prayer and every Hebrew word that I had known for half of my life was sung to a different tune, recited standing up, or spoken in a different language altogether.

The congregants opened their mouths to speak aloud the words that had always been my silent prayer. The beauty of their Reform Jewish expression was palpable; the comfort and ease with which they acknowledged the Judaism (and their Jewishness?) in each and every English and Hebrew word of the service was fabulous; the manner in which they conducted the service was enticing and repulsing me at the same time. I had gone to temple for the first time, and, thus, made my very own havdalah for the first time.

So I said the words of the shema aloud and separated the English, but still definitely Jewish, prayer I was learning at that moment from the Hebrew one I had always known.

“Hear O Israel, the Adonai our God, Adonai is One.”

Throughout the rest of the service, I was pulled once again between English and Hebrew, Hebrew and English, appreciating the proud, perhaps cultural Jewishness that had found its way into the English words I said and heard that day, all while simultaneously bemoaning the loss of the Hebrew that was my silent ritual and beloved path to God. I loved the distinctly Jewish shmoozing we had over kiddush, but lamented the noticeably shorter Birchat HaMazon.

But, at that moment, I had left havdalah. Or rather, I had transformed it from passive to active. I knew what I wanted. I wanted to acknowledge my cultural secular Judaism along with my Modern Orthodox religious Judaism. And I wanted both of my halves to become the whole of my being.

Going to temple (as opposed to shul) for the first time was not a cheapening, as I had originally thought, of my half-religious upbringing. It was an awakening to the religious life I wanted to lead, one infused with Jewish conversation at kiddush and culturally Jewish events that had everything to do with how I identified as a Jew and nothing to do with how I prayed.

I was no longer either sitting or standing, enticed or revulsed, English or Hebrew-speaking, culturally or religiously Jewish. Someone had finally set fire to the havdalah candle, and melted the wax together. And I finally became both.