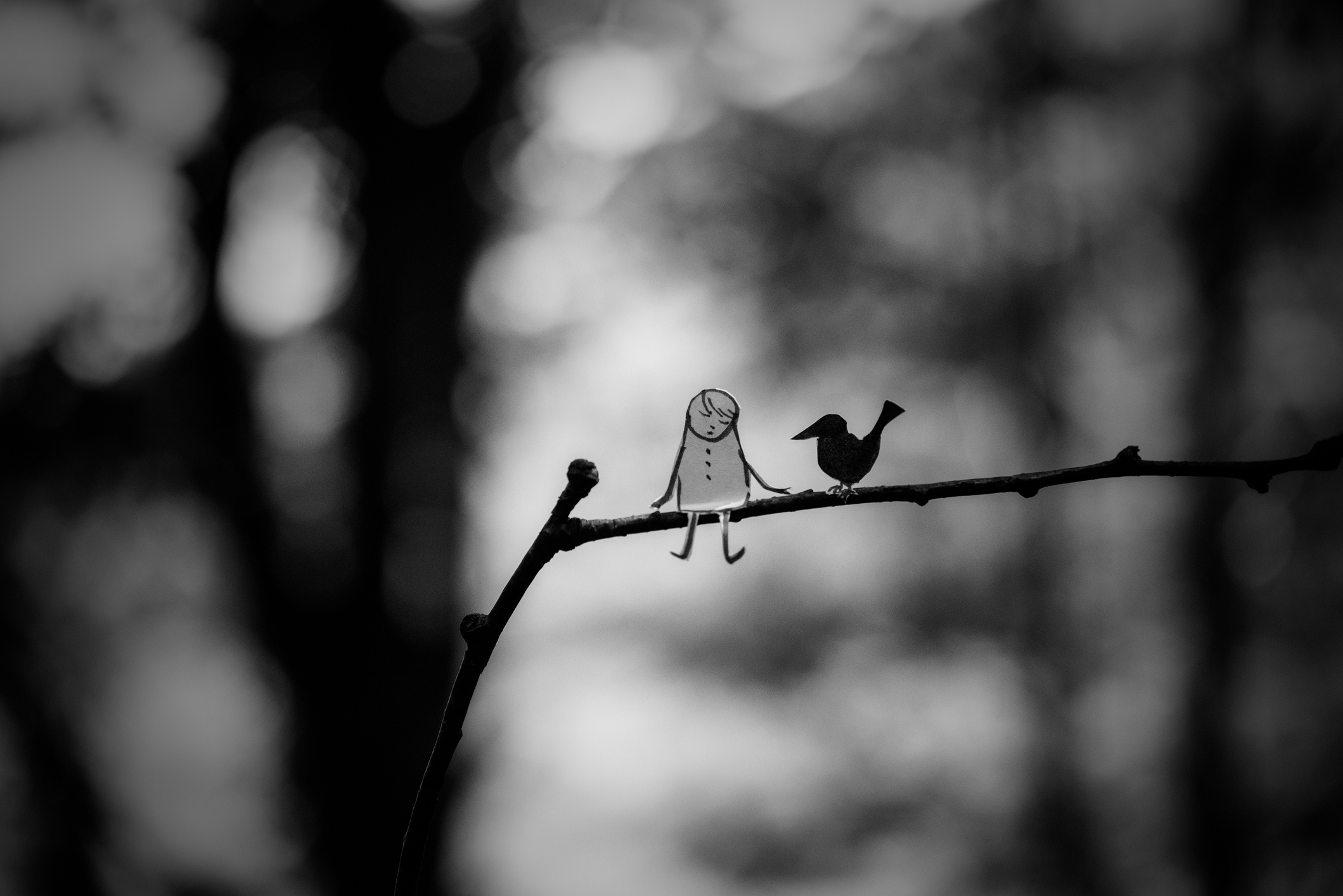 Why I Followed My Grieving Daughter Into Her Darkness

Last summer my father-in-law was hit by a car while riding his bike.  It was sudden and unexpected and devastating.

The ambulance came and brought him to the hospital, conscious, but in bad shape. When they called my husband to tell him, he immediately bought a ticket to Florida to say goodbye to his father.

But, it wasn’t goodbye.  Not just yet. Grandpa lived on through that summer… mostly unconscious, sometimes a little awake.  We facetimed him in the hospital a few times.  He mouthed “I love you” to the kids. They were shaken, but hopeful.

He was a little better… a lot worse… going to make it… ready to die.  My husband flew to Florida to say goodbye… to cheer on his recovery… to say goodbye again. On and on for months.

When the final, heartbreaking news came, my daughter let loose an hour-long scream of words.  Babbling about witches and squirrels and bicycles and bad karma. I had never seen anyone grieve that way.  But, looking back, grief is definitely what it was.

She continued to grieve for days, weeks, months. Her grief took strange shapes…  shadows behind her bed, long fingers at her throat, knives aimed at her heart, an amorphous dark cloud that followed her everywhere she went.  Nothing and no one was safe from that terrible darkness.

Until that point, the world had been a garden of rainbows and sunflowers for her.  She expected good things to happen… and they did. Sure, she’d lose her favorite stuffed raccoon in the messy mountains in her room sometimes, or get five wrong on a spelling test. But those were nothing but tiny thorns in her beautiful garden.

Grandpa dying had opened up a chasm for my daughter. One that, as adults, we all know exists.  One that we pave over with important meetings and grown up jobs, one that we use shots of whiskey and prescription meds to wash away, one that we do our best to make believe isn’t there.

But, there was no make believe for my daughter anymore.  Life was terrible and frightening and unstable and there was no use in trying to pretend otherwise.

My once fearless, roaring lioness, had become a tiny kitten, mewing and clutching at my skirt.

I tried everything I could to help her. I loved her harder, listened more, stayed up half the night holding her while she tossed and turned.

One Sunday, months after Grandpa passed away, I had a gallery opening to go to.  My daughter begged me to take her with me.  I knew it wasn’t a very kid-friendly event, but I also knew that she needed me.  And I wasn’t going to let her down.

As it turned out, I had confused the day of the event.  We stood there, on the beautiful wooded grounds of the gallery, deciding what to do next.  I wanted to stay and explore the woods.  She wanted to go home.

I knelt down beside her and looked her in the eye.

“Show me the scary places.  I’ll stay right with you.”

Reluctantly, she led me into the woods, her tiny hand making deep red imprints on my knuckles.

She talked as we walked, a long, frantic stream of words that reminded me of the day she’d begun grieving. She told me about the green ogre who lived in the big oak tree, and warned me of the evil spirits who would try to grab our ankles in the swamp.

Together, we raced past Monster Mountain and tiptoed through the Swamp of Sorrows, jumped over Creepy Creek and shouted into the Haunted Hollow.

One trip to the woods, turned into another and another. Instead of just clutching my hand, she began to lead me through trails that were unfamiliar to me, but ones she seemed to know by heart. And, all the while we walked, she’d weave stories of lurking demons and impending death.

I was a little shocked by how frightening she wanted the games to be, but I followed her lead, no matter how dark the paths she led me down. These were roads she needed to travel, and I wasn’t going to let her do it alone.

Sometimes, she’d let me help chose the adventure.  I’d add some small treasure into her dark woods… an enchanted rock or a leaf that guaranteed us good fortune. Our bravery and the magic of the forest would ensure that we always found what we were looking for. We were the heroes, after all. And, in the end, no matter how dark things got…. we’d be OK.

Looking back, I realize that it wasn’t just play. She was getting her faith in the world back, reassuring herself that good will prevail, but also acknowledging that the darkness will continue to sneak up on you when you least expect it, learning that it’s up to us to keep finding our way back to the light.

When I look at her today, one year later, bold and brave and full of laughter… I know that she may one day find herself lost on one of those dark paths again. But I also feel confident that she knows the way back…. because we walked it together.