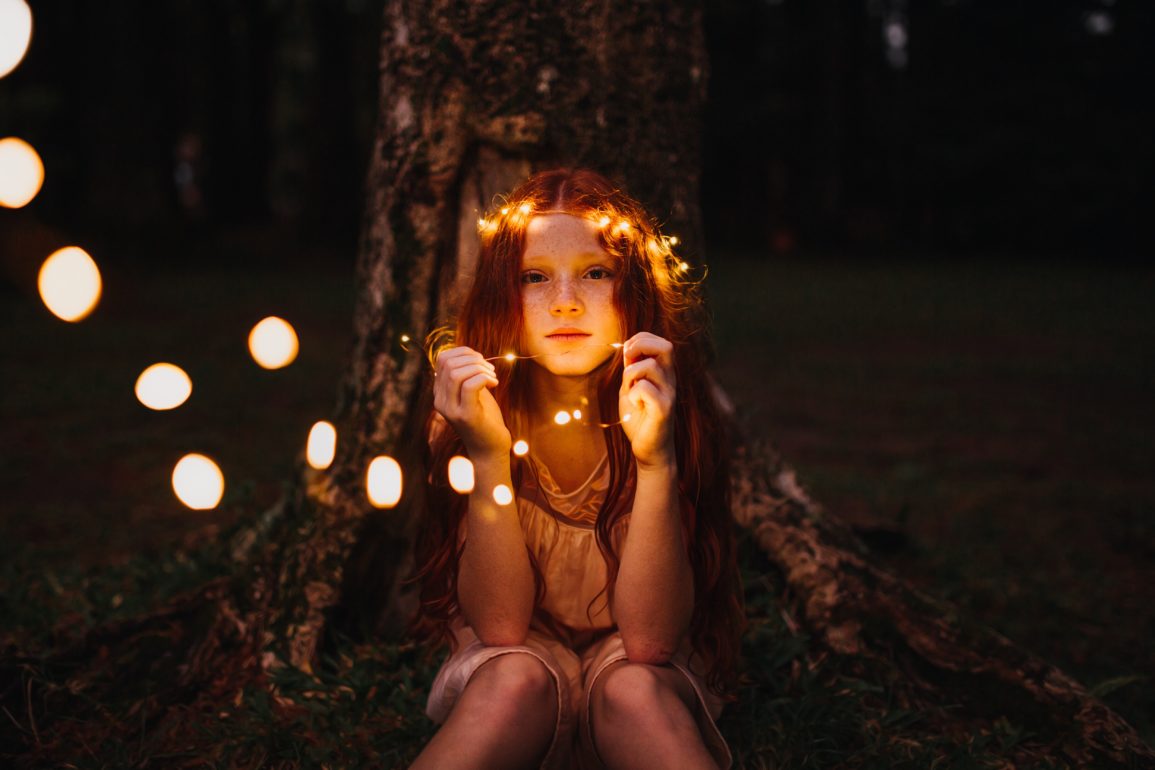 The Magic Of Being Raised On Pipe Dreams And Ramen Noodles

I was alone a lot as a kid.  My parents were always hustling, trying to keep food on the table, a roof over our heads.  Sometimes that food was ramen noodles, often the roof was the flimsy tin of a trailer. But there was always something to eat, a warm place to sleep.

Whatever was left over after we had the basics went to dreams.  If we had a little extra money… my mom would buy lottery tickets or a few penny stocks. What she wished for was fluidity, freedom.  The chance to fly back and forth to her native home of Israel whenever she pleased. My mom dreamed of wings.

My dad was a dreamer too. But, his dreams were different. He longed for sprawling acres of countryside, for fancy breeds of pigeons and for the perfect farm dog. My dad craved roots.

Where their dreams met was in race horses. Race horses were concrete, yet elusive.  They satisfied my dad’s need for earth and my mom’s desire for flight.

Looking back, I realize how hard it must have been for my mom.  She was an ocean away from her family, without enough money to visit more than once every few years. She always felt alone, out of place. My dad told me that when he first met her, he was drawn in by the fire in her eyes… but by the time I’d come along, that fire had dimmed into a dull glow.  The first time I remember seeing her eyes sparkle was when we brought home a thoroughbred.

We’d had plenty of horses before.  In fact, our barn was filled with thick legged, shaggy haired beasts who blew sweet alfafa breaths in my hair as I slipped in and out of their stalls with cubes of sugar and apple slices.

These horses were our bread and butter, solid and dependable, they trudged along muddy trails, never flinching as the skittish tourists squirmed and squealed on their backs. Kids in my class thought that we were rich because we had horses…. What they didn’t know was that we lived in the barn.

Lucille was a different creature entirely.  Her chestnut fur shown golden in the morning sun as she prowled around her box stall suite like a marathon runner, a tightly bound knot of kinetic energy just waiting to be released. She smelled like clovers and honey and the first nights of spring. While the other horses’ legs were made for holding fast to the earth, hers were made for flight.

I remember watching my dad load Lucille into the trailer to take to the track… her long legs in constant motion even as she stood still. When he closed the door to the trailer, my mom whispered a prayer under her breath.

After Lucille was loaded up, my brother and and I sank into the back cab of the pickup truck.  The seats had been removed and replaced with heaps of blankets. We wrestled and tumbled until falling asleep in overlapping heaps, waking up to my mom singing Beatles songs with her heavy Hebrew accent.

The familiar purr of her r’s comforted us as we woke up to the hustle of the track.

People talked differently at the track, moved differently.  We were used to horse people with their long slow gaits, gentle hands and raspy smokers’ voices.  But these were a different kind of horse people. With quick steps and ready whips, the trainers walked horses around circular tracks and into dimly-lit barns.

At lunch we’d eat bubbling hot apples smothered with ice cream… one scoop for me, two for the petite jockeys who laughed about how they’d just throw it up later.  I thought they were joking, but my dad explained that many jockeys did throw up after eating. The less they weighed, the faster the horses could go… the more likely they were to win.  That was the cost they paid for a chance at their dreams.

At night, the track was wild, unruly.  A mass of carnie folk drinking and smoking and shouting until their voices deteriorated into spastic coughing fits.  One time a grizzly old man dribbled tobacco juice onto my bare toe and from then on I learned to keep my distance.

Fortunately, my tiny stature allowed me to weave my way towards the gates mostly unnoticed. When I got to the front, I’d lean out as far as I could go. The familiar scent of horses and sweet grass were a welcome break from the smoky ticket area.

Looking out, I couldn’t see much more than the coloful masks on the horses’ faces and the shiny black of their hooves… but that was enough to know that they were ready.  The moment before the starting gun went off, we all took a deep breath and held it while they shot out of the gate, flying around the track, the jockeys looking more like wings than anchors.

Halfway around the track the shouting would start.

That first race, Lucille was number 3.  I was sure it must be a sign. Three was the number of wishes a genie granted you… one for my mom, one for my dad, and one for me.  That night, we all had the same wish.

I lost sight of her in the pack, but suddenly she pulled towards the front.  When the horses rounded the bend, Lucille was in the lead, her legs barely touching the ground.

Come on Lucille, you got this!

My soft-spoken dad was on his feet, his booming voice seeming to belong to someone else.  My mom was beside him, her red nails digging into his arm. She didn’t say a word, but when I looked into her eyes, I felt a thrill run up and down my spine.  They were on fire.

It wasn’t until the shouts died down that I finally turned away from my mother towards the track again.

As the horses closed in on the finish line, Lucille began to drop back. My dad’s voice got softer, my mom’s eyes got duller and I quietly faded into the background

After the race, my parents talked to the jockey while I wandered off into the dull yellow glow around the track. My parents may have given up on their dreams for the night, but I hadn’t. As they talked, I crunched through the piles of discarded tickets that covered the ground, searching for a “winning” ticket.  I wasn’t sure what it would look like, but I was confident I’d recognize it when I saw it.

Once my dad had told me about a man that dropped his ticket on the ground without even checking and it had been on my mind ever since. How could you throw away your big chance like that? Dreams didn’t just fall into your lap… there was always a cost.

What was the cost of my parents’ dreams? Did they ever come true?

The truth is, Lucille never won a single race… after a year or two of trying, she was retired to become a mama horse to future generations of half-thoroughbreds that made surprisingly nimble trail horses… the perfect mixture of earth and flight.

Not through dreams, but through years of hard work, my dad did get that farm, those fancy pigeons, that perfect barn dog… his bit of earth.

My mom… well, she still isn’t able to go home to Israel very often. Money is tight and she’s too busy helping raise my nephews and tend to the farm to take off whenever she feels like it. She looks back on those years of racing horses as a waste of money and time.

But, when I look back on them, all I see is the fire in her eyes as Lucille rounded the bend.