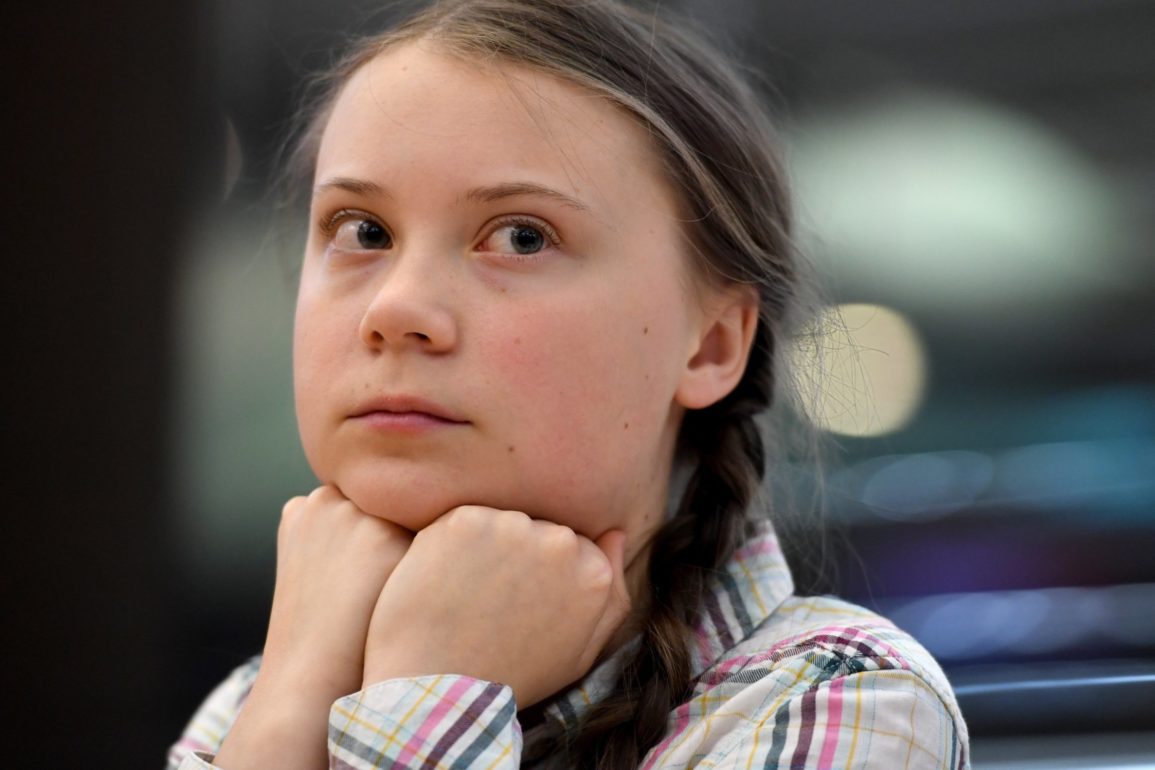 Greta Thunberg Is The Most Terrifying Person In The World

I’ll understand if you don’t read this piece.  I didn’t want to write it. In fact, I started and stopped it at least a dozen times before I finally committed to finishing it.

There’s this girl, this young woman, who haunts my dreams.  Perhaps you’ve seen her? Her name is Greta Thunberg and she is the most terrifying person in the world.

When she speaks, I change the channel, turn off the video, put away my phone. I was in a diner the other day, waiting for my coffee when she came on TV and I got up and left.

If you haven’t seen her yet, Greta Thunberg is 16, but seems both years younger and decades older. Her cheeks still retain the fullness of early childhood, but her eyes carry the weight of a sadness far beyond her years.

Her soft voice trembles when she speaks. Her eyes dart from side to side, fighting back tears.  I want to reach through the screen and hold her like I do my own daughter when she’s frightened.  To tell her that everything is OK, that there are no monsters under her bed, that the sounds she’s hearing are just the wind, that she’ll wake up tomorrow to a brighter day.

But the monsters Greta sees are real, the sounds are not the wind, and there will be no brighter days.

I didn’t listen to Greta because she makes me feel guilty.

Guilty for the damage we’ve allowed to happen to our planet, that we’ve participated in. Guilty for the future we’ve robbed our children of, the security we’ve stolen from them.  Guilty for the luxury of being the richest, most comfortable generation, while our forefathers and future offspring pay for our indulgences.

I didn’t listen to Greta because she scares me.

She talks about mass extinction and unsustainable living conditions.  She lectures us on global warming and pollution and the irreparable damage of burning fossil fuels. She tells us our earth is on fire and it’s time to panic.

I didn’t listen to Greta because she makes me panic.

Compartmentalizing horror is necessary for living in modern times.  But, every now and then there comes a moment when the sharp edge of the glass you’ve been walking on pierces your heart.  It happened to me the other day when I was advising my son how to be a good friend while I was shaping meatballs. For one moment, I was hit with the thought that I was standing there, my fingers dripping with the raw meat of an animal that spent its life in a cage, trying to tell my son how to be a good person.

I didn’t listen to Greta because she lives in that moment.

When Greta was 11 years old she began understanding what global warming was and she thought it was a lie.  If it were really true that our lifestyles were putting the planet and ourselves in an existential crisis then why were we living that way? Why weren’t we talking about it, writing about it, shouting about it? The idea was so overwhelming to her that she slipped into a depression, stopped eating, stopped talking. Only when she decided to dedicate her life to saving the planet did she start talking again. And since then she hasn’t stopped talking…. To friends, to teachers, to world leaders… to anyone who will listen.

I kept on not listening until the day my daughter came to me with teary eyes and told me that she’d heard at school that the planet was dying and that there was no hope and I didn’t know how to answer her because I hadn’t listened.

So, finally, I sat at my laptop and listened to Greta Thunberg, the most terrifying person in the world.

Standing just over 5 foot, her hair in long brown braids she lectured an audience of thousands of adults on how they have failed their children, how we have failed our children. Tears streamed from my eyes as Greta explained, in a voice that was more suited for singing nursery rhymes than casting out existential warnings, about how animals are dying, people are dying, the planet is dying.  Several times I turned off the screen, took a few deep breaths and forced myself to continue on.

I’ll be honest, if my daughter hadn’t asked me that question, I may never have finished watching. I may have continued doing everything I could to avoid the tears and guilt and fear and panic that only a child bearing wisdom we don’t want to hear can bring. But, that child is my child, she is all of our child and I could no longer turn away.

And listened. Finally, after what felt like forever, she gave me the answer I had come for.

One thing we need more than hope is action. Once we start to act, hope is everywhere.

Amidst all the very real fear and concern lies that one kernel of truth, the one glimmer of light in the darkness, the only answer we can give our children.

Later that day,  I bought a big pack of cloth grocery bags and vowed to never go back to plastic.  It’s a small step… but it is a step. I have Greta to thank for that.

After finally watching her speak, I stopped thinking of Greta Thunberg as the most terrifying person in the world, and started seeing her as a scared little girl… my scared little girl. Once my perception changed,  I didn’t want to run away from her anymore, I wanted to reach out my arms and help her. To help all of us. I wanted hope. And, as Greta says, Once we start to act, hope is everywhere.